Saints Row 2022 in the test: Raytracing reboot with weaknesses 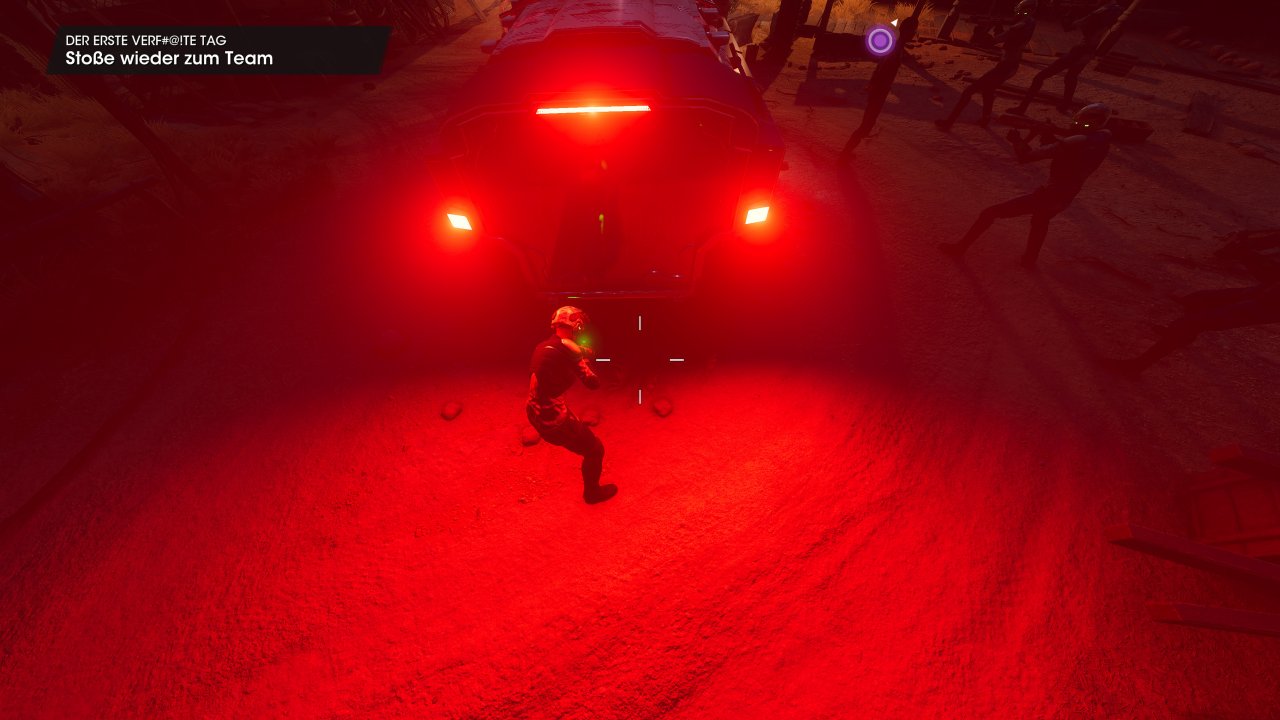 Located in the middle of the US state of Illinois, between Chicago, Indiana and Springfield, in the small provincial town of Champaign, surrounded by corn and soybean fields, the game studio Volition is one of the rather small, but in terms of history, quite significant developers. Formerly under the name Parallax Software, they created the DOS classics Descent and Descent 2. After the renaming to Volition, Conflict Freespace (also known as Descent Freespace in Germany) and Freespace 2 followed in 1998 and 1999 – the stars that are still groundbreaking for some players the space action. In 2001, Volition caused a stir with the first-person shooter Red Faction, set on Mars, whose quite innovative Geo Mod Engine allowed parts of the level architecture to be destroyed. For example, players could use explosives to blast holes in walls to get into an adjacent room.

In addition to some classics popular among (older) connoisseurs, Volition also created the first part of the Saints Row series in 2006. This was based particularly at the beginning of the open-world classic Grand Theft Auto, especially the fourth part, but tried to set itself apart from this, above all by emphasizing black and not always politically correct humor. Although Saints Row was always overshadowed by a GTA, thanks to the slapstick staging, rough humor, gory action and varied content, the series was able to set itself apart far enough from it to successfully find fans.

After four main series parts, which became more and more wacky with increasing time and increasing serial number, Volition dares a new beginning. This makes sense given the fact that Saints Row 4 was released 9 years ago. In the fourth part, you also slip into the role of a US President who has gotten out of control and uses heavy artillery and superpowers to defend himself against extraterrestrial invaders, and whose favorite political signature is destructive chaos. It might not be easy to increase such a scenario in terms of humorous absurdity again. The humor is another point, some of the more crude sayings from the Saints Row predecessors probably wouldn’t go over very well in this day and age. Other gag interludes and satirical traits of the predecessors may be too close to the events of the time to be perceived as humorous, especially by younger players.

So the Saints Row of 2022 starts at the beginning – an understandable design decision given the release period of the predecessors. But here, too, there are stumbling blocks for the developers. On the one hand, of course, it is important to pick up the basic style and concept of the predecessors in the reboot in order not to disappoint fans of the series and to maintain a certain brand loyalty. On the other hand, of course, new, younger players should also be addressed who have had little contact with the Saints Row series so far and should still get their money’s worth. Then there is the tone of voice, which is particularly important in humorous games – and must be tailored to the current time in order to land pointedly.

At the beginning of the game you create your – probably a bit wacky – character, the outfitting and diverse, more or less tasteful decoration of the protagonist again takes on an elevated role and you play a very explosively staged prologue. After this and the clashes with the dominant gangs of Santo Ileso, three of their Zillennial WG cronies join forces to form their own gang. Together you try to rise to the top boss of the southwest town, which consists of different districts, in different and sometimes entertainingly designed and sometimes nicely staged main missions as well as the optional usual open-world tasks.

So far, Saints Row sounds so unexciting. And it doesn’t really get any better as you play. With Santo Ileso there is a new open world to explore, based on the southwest of the USA, and the three new companions Neenah, Eli and Kevin bring a breath of fresh air to the narrative. But the Saints Row reboot often seems a little torn between the “old virtues” of the series, the current world situation, modern game design and the somewhat stale shooting. The psychological and worldly problems of the current protagonists, like many of their current peers, all gig workers with bad jobs, temporary contracts and a full pack of lack of prospects, are at least very topical. Neenah, for example, is an art student who can’t find a job after graduating, the self-declared business mastermind Eli is also morally rather chaotic and libertarian and has naively got involved with criminal rip-offs at his start-up. But the jokes and biting comments remain comparatively harmless despite the often abrupt circumstances. You can find out whether the rest of the gameplay is convincing in the detailed test by our colleagues at PC Games.

See also  MultiVersus: Season 1 has been postponed until further notice

At this point we want to focus on the last, perhaps even the biggest, hurdle in the development of the Saints Row reboot: the technology. Because this one was also due for extensive modernization. Despite a postponement from February to August 2022, the increased workload for new settings, new characters, at least slightly modernized gameplay and an extensively updated graphics engine was apparently a bit much for the relatively small studio Volition. On top of that, the developer got caught up in the takeover hustle and bustle after the THQ bankruptcy and, after the last, less successful spin-offs of the Saint Row series, was also forced to cut personnel. In August 2019, when Saints Row was officially “in the middle of development”, the studio had 174 employees. In May 2021 there were 236, still relatively few for such an extensive project. Especially when the underlying technology also needs a general overhaul.