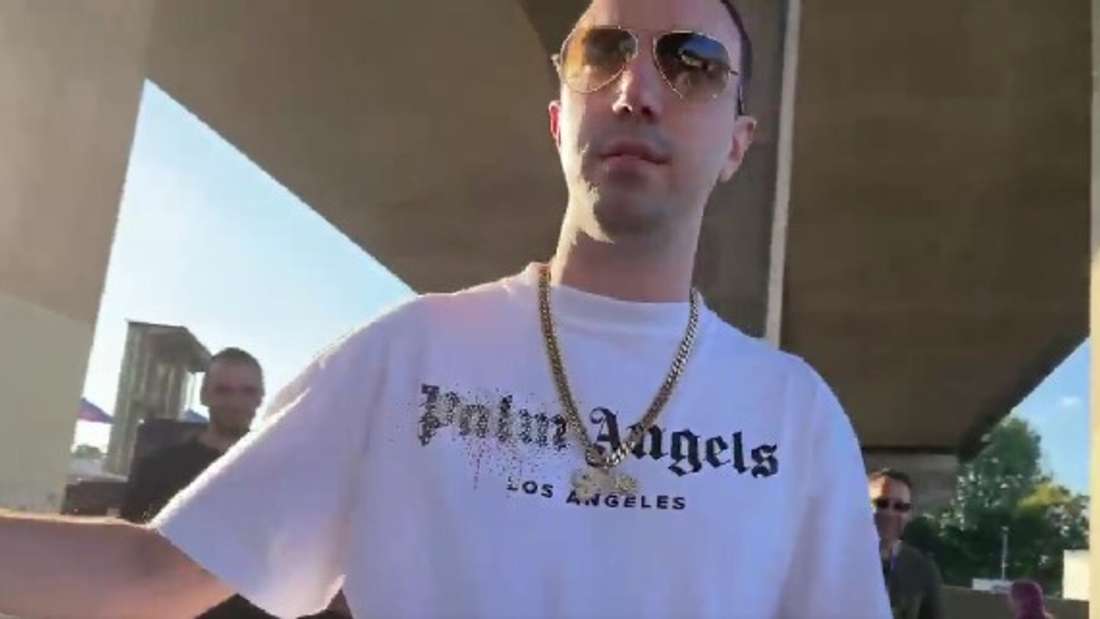 Scurrows is up against a particularly die-hard “fan” at Gamescom. However, the streamer does not find the attempt to make fun of him funny.

Cologne – Many of the visitors* at Gamescom probably thought they had made a mistake at the convention. Because games should actually be in the foreground at the fair in Cologne, but several streamers managed to overshadow Gamescom 2022 with their dispute. The casino streamer Scurrows also managed to get into the focus of the fair. Now a video has appeared that shows the streamer in a battle of words with an alleged fan.

Scurrows threatens small streamer on Gamesom: “I’ll tell you this one last time”

That happened: This year’s Gamescom could finally take place on site again and of course that attracted many visitors to Cologne. A few streamers also met, making the gaming fair unsafe in the truest sense of the word. The scandal between scurrows, orangemorange and a ban on dancing at Gamescom 2022 quickly made waves on social networks. But the casino streamer caused another scandal.

A video of the streamer szymon has appeared on Twitter, in which he tries to make fun of Scurrows. The streamer pretends to be a huge Scurrows fan and asks him for a photo. But the casino streamer is a bit suspicious of the exaggerated adoration of the “fan” and the camouflage is quickly blown. Scurrows, who appeared very calm at the beginning of the video, asked szymon to leave several times “Go away”, but he insisted on getting a photo with the streamer.

See also  An Elden Ring player finished the game without being hit or leveling up in just 2.5 hours

Scurrows threatens the streamer: When szymon doesn’t run away even after repeated requests, Scurrows becomes a bit more direct. Although the little streamer apologizes several times, Scurrows gets more and more angry and approaches the streamer with the words: “Stop filming me, I’ll tell you this one last time”. After this threat, the video ends.

After threat at Gamescom by Scurrow – streamer reports on Twitter

szymon says: For szymon, the casino streamer’s reaction seems completely overdone. Following the scurrows and dance ban incident, the streamer asked on Twitter: “Yeah, what would have happened to me yesterday if I hadn’t apologized.”

It is clear that Gamescom 2022 was overshadowed by the various streamer feuds. Many of the visitors therefore demand that Twitch also take a position on the incidents, after all the streaming platform offers those involved a large stage. The dispute also had consequences for a streamer, because the ban on dancing was thrown out at Saturn.