The big Pokémon World Championships 2022 in London: Eevee on the face, Bulbasaur in the drink 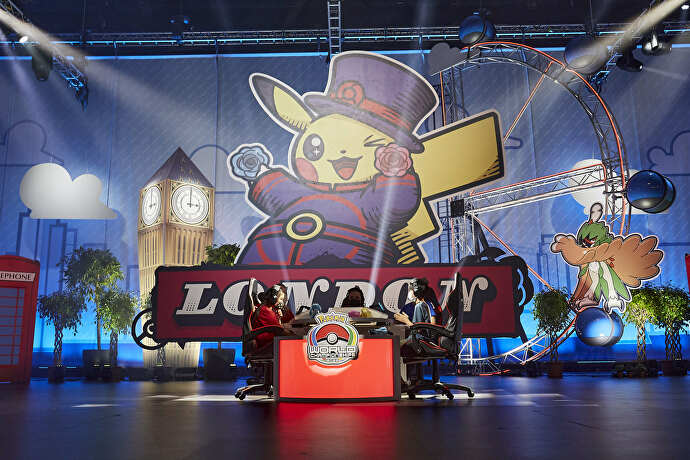 The Pokémon World Championship 2022 is over and a few lucky winners have been announced: The trading card game is this year Ondrej Skubal the master-, Liam Halliburton the senior and Rikuto Ohashi the Junior Champion. The winner in the video game “Sword and Shield” Edward Cunha as master, Yasuharu Shimizu as a senior and Kosaku Miyamoto named Junior Champion. This year’s Pokkén Trournament Master Champion is Of which “Shadowcat” Amoswhile Reuben “Fruitprime” Staples won the Seniors. In the latest sections Pokémon UNITE have it BLVKHVND and at Pokemon GO Robert “Dancing Rob” Wassmer as master and Maxwell “MEWeedle” Ember made it as a senior to the very first world champions ever. Congratulations!

The games took place this year in the ExCel exhibition halls in London and, in addition to the exciting competition, offered other great features: you could not only watch the competition on the impressive stage for four days, but also take part in so-called “side events”, to win tickets or merch. Codes were also published during the respective streams, with which not only visitors on site, but also viewers outside the trade fair could secure special goodies for the event.

Thanks to the good weather, young and old fans alike could enjoy the activities at Pokémon Worlds Square near the exhibition hall: for example, painting their faces with their favorite pocket monsters, designing their own bandanas and Pokémon cards, taking photos with life-size Eevee and Pikachu mascots or opt for a bubble tea starter. The numerous actions in the square were also completely free! The special Pokémon Center at the 2022 World Championships was not so free. This is a huge pop-up store with exclusive Pokemon merchandise, including Pikachu and Roserade as mascots. The halls with countless products stretched across the entire basement. From plush toys to clothing with sports collaborations like the Swedish brand Craft Sportswearto expensive Pokéball replicas.

But what would Pokémon be without an extravagant collaboration with the city itself? So the Royal Docks got a whole new coat of paint. The famous Cable Cars, a cable car that transports people across the Thames, represented all 18 (!) Pokémon types at the event. I was allowed to vote for my favorite team, fire, and admire the whole city from a breathtakingly high altitude! The “Royal Docks” station has also been completely transformed into a Pokémon place. If you are interested in what the whole thing looked like, you can get the complete experience in the above video.

At the latest after the opening ceremony, the atmosphere in the halls was consistently positive. The enthusiasm for Pokémon seems to know no bounds, because children and families as well as adult fans of all ages were represented and fueled the happy atmosphere with the many additional activities. For many, not only the trading cards, which trigger the expected hype every year, were exciting for many, but also the newcomers of the year. With Pokémon GO, the World Championships brought a new way for fans to actively participate in the fair. For example, through raids that only took place during the World Cup or through small stations in the halls themselves. At the same time, applicants can of course also take part in classic Pokémon battles and win a wide variety of prizes.

And this year, MOBA fans also had the opportunity to add their childhood nostalgia to e-sports with Pokémon UNITE. The rounds themselves are much shorter in Pokémon than, for example, in the genre colleague League of Legends. In the end, however, the gameplay and the sport are exactly the same. The game is also celebrating its first birthday with this year’s Pokémon World Championship.

See also  Diablo 3: Season 25 Ranking - Who are the winners and losers?

Overall, the 2022 World Championships were a pleasant happening, especially after a long dry spell brought on by the pandemic. Here you could see how Nintendo’s franchise continues to grow and prosper even after more than 25 years. Because not only have two new categories been added, but the ninth generation is in the starting blocks with Pokémon Crimson and Crimson, as well as the anime for the last video game. The excitement of the younger fans reminded me of how excited I was when the first season aired as a kid. So it remains very exciting to see what promotions Pokemon has in store for Yokohama next year!