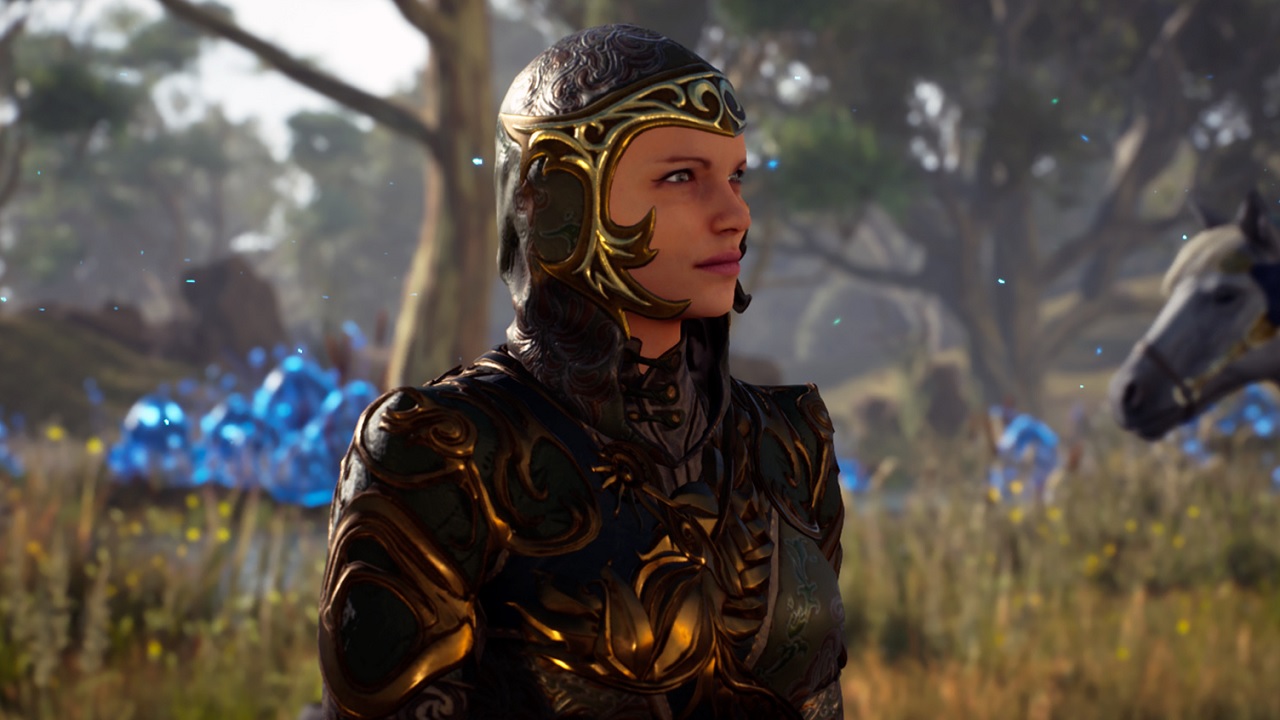 In a new developer update from Ashes of Creation, the MMORPG shows its entire world map for the first time, in addition to new graphic details and a fresh biome, and it is so large that Skyrim fits in a whopping 32 times. We at MeinMMO summarize.

What did the developers show? On August 27th, the developers of Ashes of Creation shared a new update with their community. In the 1 hour and 40 minutes long video there is all sorts of smaller information, but also big highlights.

However, most of the update relates to the Ashes of Creation art style. In this field in particular, progress could easily be shown without having to go through complex playtests or the like, according to Community Marketing Lead Margaret Krohn in the video.

The biggest eye-catcher should have been the new forest biome. The makers of AoC only recently showed their desert and the forest is linked to exactly this graphic splendor. Especially paired with the realistic weather effects, the whole thing looks really great.

Even a small wind blowing through the leaves can be observed. Aside from the new biome, there were some updates to characters and mounts and of course a particularly big highlight, the huge world map of Ashes of Creation.

Exactly how big is the world? The developers also gave a first look at the new world map in the video. There, some continents have shifted, and a trained eye even recognizes new names on the surface.

But what is exciting is that the size of the world was also revealed. In the end, Ashes of Creation should be a whopping 1,200 km². That’s 32 times Skyrim, or at least 3 times Black Desert Online.

However, the developers also get criticism for this statement, because around 750 km² of the world should be open sea. Although Ashes of Creation wants to offer content with and on ships, this speaks for “only” 480 km² of land area. But that still corresponds to about 2x Cyberpunk 2077.

Furthermore, there should be about 100 km² of underground tunnels and cave systems. According to the developers, these are not included in any calculation and stand alone.

The world had to get bigger: By the way, according to the developers, the reason that the world Verra had to grow in Ashes of Creation is the content on the water. This should be given more leeway and simply requires more space.

By the way, a total of 118 of the so-called “nodes” are said to be distributed on this huge map. Player cities can then arise from these and thus hub areas can also grow if the nodes are actually used.

You can see the weather effects of AoC in this video:

“A beautiful atmosphere with no copy and paste – I love it”

How is the community reacting? Extremely positive. The fans celebrate the new video and the forest as a biome. Above all, the details are praised by the commentators. You are also looking forward to exploring the big world of Ashes of Creation.

Many fans see a breath of fresh air for the entire genre in the MMORPG and have high hopes for Ashes of Creation, while others are afraid that the game will collapse because of exactly these expectations. However, the general mood under the developer update is very positive.

What are the fans saying? We would like to reproduce some of the comments here so that you can get an idea of ​​the mood for yourself. They are all taken from the comments section under the developer update (via YouTube):

What do you think of the new developer update? Is the new biome or the gigantic map your personal highlight, or is it something completely different? Write it to us in the comments here at MeinMMO.