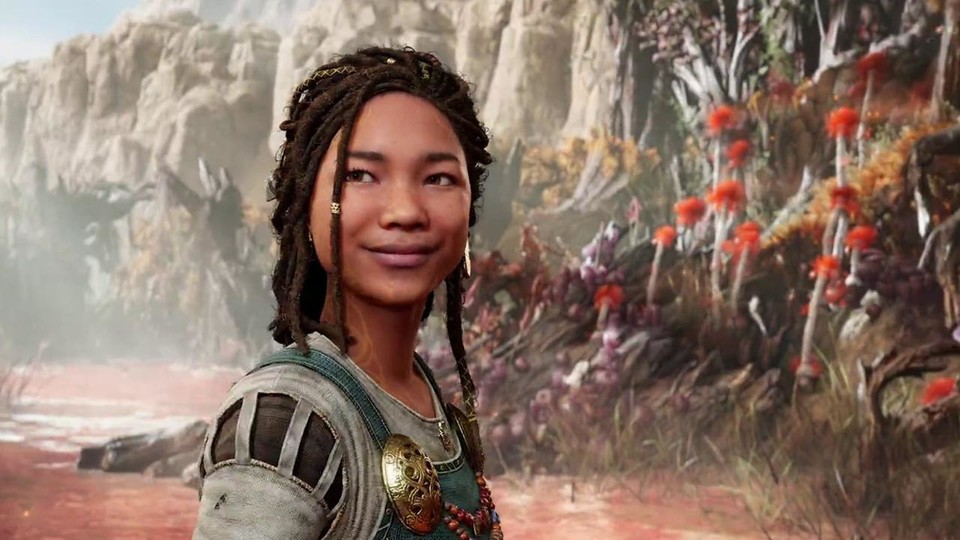 God of War Ragnarök aka God of War 2 is coming soon and it comes with a mysterious little project.

God of War Ragnarök developers Santa Monica Studios teased a “small project” on Twitter. However, they don’t want to show it directly yet, but pose a mystery to us and you first. This is from Mimir and it is a few verses. You may be able to find out what kind of project it is.

But maybe you shouldn’t get your hopes too high. The puzzle comes with a small damper. He warns that this is neither gameplay nor a trailer or anything like that.

God of War rhyming puzzle is about ‘little project’, but what is it?

That’s what it’s about: Apparently the people behind God of War Ragnarök have a little surprise in store for the fans. To make things even more exciting, there is a mystery beforehand. Mimir wants to know if anyone can figure out what it is from a few verses (via: Twitter).

These are the verses in the original English language:

Perhaps vague, an incomplete notion.
Though there may be, you do not detect motion.
Half a dozen characters unobserved.
Simple perception that may have been served.

Differences are not always understood.
We don’t perhaps compromise as we maybe should.
Disharmony stemming from major disputes.
As a limb surviving off broken-up roots.

See also  PS Plus: Stray to the release for Lau with Extra and Premium

A connection, a loop, all in one place.
The clues are here, pick up the pace!
Joining So Many Souls, unbroken, a chain.
If you find it soon, a role you’ll obtain.

What could that be? The riddle remains deliberately cryptic. It’s about movement that cannot be seen, six characters that are unobserved and conflict, compromise and disharmony. Also connections, a loop and roles.

Additionally, the initials of “So Many Souls” are highlighted. That makes “SMS” and could stand for Santa Monica Studios. Otherwise, no other such emphasis exists in the text.

Fan suggestions so far have grown around a wide variety of ideas. A comment on Twitter, for example, assumes that this may be about a cookbook could go. Some others, and significantly more, believe that the riddle may Discord server could describe.

Here you can see it again God of War Ragnarok gameplay trailer look at:

You can find more about God of War 2 here:

When is God of War Ragnarok coming? It won’t be long now: The official release date has already been announced and is now November 9, 2022. If nothing else comes up, the new God of War will be released for PS4 and PS5 in autumn of this year.