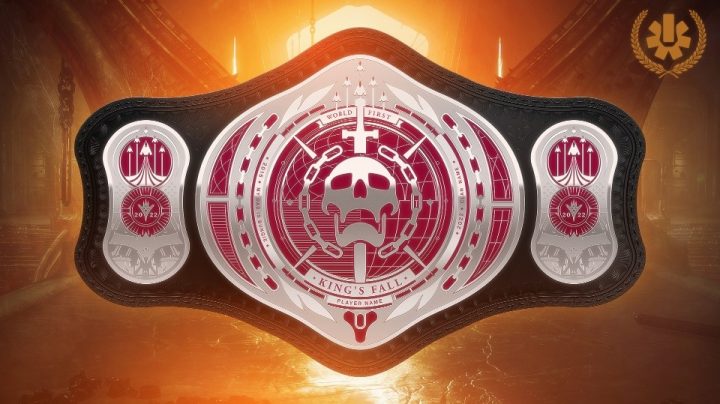 Guardians around the world took part in the King’s Fall Raid this weekend in the World’s First Raid Race, the ultimate six-player Destiny 2 challenge third win.

The raid trailer is here:

For being the first team to complete both the raid and the additional challenges, all six members will each receive one of Bungie’s World’s First belts.

Guardians wishing to claim the unlockable King’sfall Raid Ring via Bungie Bounties must complete the raid by September 6, 2022 at 6:59 p.m. Crafted from solid, nickel-free sterling silver, this striking ring features the fearsome visage of the Taken King. Engraved on the inside is the band’s hymn: “Long Live the King”.

Guardians who complete the raid during Season of the Raiders will unlock the Kingfall Raid art print and pin, available on the Bungie Store. Particularly eager players can earn the Kingslayer Seal Medallion Collection Pin by completing the Kingslayer Seal and accepting the title of Kingslayer.

If fans missed the World’s First race, they can here watch the full stream.