The Valiant in preview: This is how the medieval RTS plays 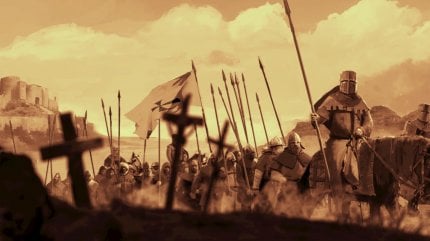 Real-time strategy has been declared dead for quite some time, including here on our website. In 2015, the genre was accused of a real crisis. In 2018 it was said that RTS games were relics that had fallen out of time and should finally disappear in the dustbin.

Gamescom 2022 has now given an impressive rejection to all these claims. More promising representatives of the genre were on display at the Cologne trade fair than they have been for a long time. From the successful Homeworld revival to the Command and Conquer homage Tempest Rising. Real-time strategy seems more en vogue than ever. The developers from Kite Games did not miss this trend and therefore presented their new work The Valiant in more detail at the fair. This takes the classic RTS concept, transports it to the mythical Middle Ages, throws in a few hero mechanics and wraps it all up in a story-driven campaign. We were introduced to them in more detail in a presentation, were allowed to play a first mission ourselves and are now able to tell you in the preview how well the mix actually works.

At the heart of The Valiant is the campaign, with which the developers want to tell a compelling story. Accordingly, the 16 chapters, including three boss fights, are staged quite cinematically: During the missions, the characters chatter in completely set to music dialogues. In between, chic cutscenes are interspersed again and again.

See also  Nintendo Switch: The current sale highlights in the eShop in week 27

The Valiant played: The medieval RTS in the Gamescom preview (4)

Everything revolves around our hero, the former crusader Theodorich von Akenburg, who has grown tired of fighting after years of war. However, he hears that his former brother-in-arms Ulrich von Grevel may have found an ancient relic, a shard of Aaron’s staff that holds unspeakable power. Should Ulrich piece together the biblical artifact, a terrible fate awaits the world. So Theodoric sets out in a mad race against time to put a stop to his former comrade-in-arms.

It was all inspired a bit by Indiana Jones and the last crusade, the developers reveal in an interview. The goal was to knit a storyline that was grounded in reality but still had a touch of the supernatural. Therefore, all characters in The Valiant are completely fictional, but the game world is authentic. Your adventure will chase you through Europe and the Middle East, from Sicily to Jerusalem.

All locations are selected via a world map. Then it goes on to the planning screen. The Valiant is a tactical real-time strategy game with a team-based approach. That means there is almost no base building and no resource management. You start missions with a given number of troops and then have to complete your tasks with them without being wiped out by the enemies. Accordingly, good preparation is the key to success. 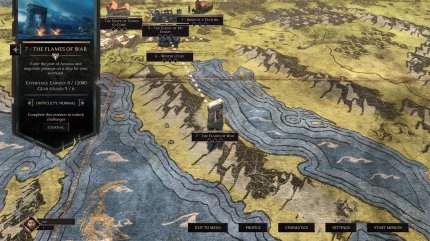 The Valiant played: The medieval RTS in the Gamescom preview (7)

The first step is to put your group together: For each mission you can choose three heroes, unique characters with special abilities. The protagonist Theodorich is almost always there, along with other warriors such as Reinhard von Kempten from the Teutonic Knights or the mercenary Grimhild Eidottr, who you unlock and improve as the story progresses.

With each mission, the heroes earn experience points, which you use to level up. This is how you get skill points, which you then invest in three different talent trees: Attack, Defense and Utility. The equipment of your heroes can also be individually adjusted. You can choose from various weapons, armor and skills, which will then serve you well in battle.

As a supplement to the virtually immortal heroes – if all of them have been defeated, an order is simply considered failed – you then choose your expendable cannon fodder. Here, too, a few tactical considerations come into play that can be decisive in the war: Do you compensate for the weaknesses of your heroes with the three units? If they are more specialized in close combat, an army of crossbowmen might be a good idea. Or are you trying to reinforce your strengths? Then you better take some extra shield bearers with you.