Gaming mice: Buying advice with 50 mice in the market overview 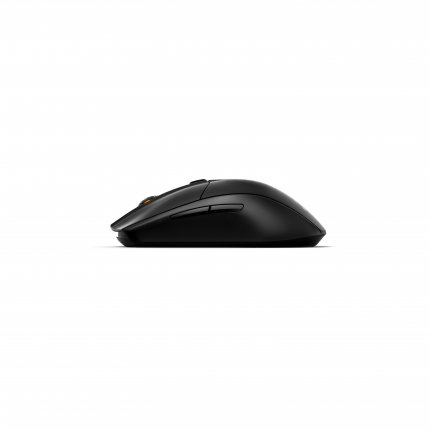 Today our special is about mice. But what should a gamer consider when buying a gaming mouse? Because of the features, but also the quality of the sensors and components, mice sometimes cost well over 60 euros, although the label “gaming” is already under 20 euros. With wireless models, it sometimes goes beyond the 100 euro limit. We explain the most important features and functions of mice, also look at gamepads and offer a market overview with 30 wired and 20 wireless gaming mice, while also including some ambidextrous mice that could be interesting for left-handers.

The first concepts for a computer mouse were created in the 1960s, but the helpful IT rodent only spread appreciably from the mid-1980s, since it was only then that the first programs appeared that even offered a graphical user interface. A mouse is now a matter of course for a PC in order to operate applications and games comfortably, but also precisely. For games, the control options are now very much designed for gamepads due to the fact that almost all important games are also released for the Playstation or Xbox or both platforms.

And even on the PC you can play most games very well with a gamepad. However, many prefer to stick with one mouse, or at least do so with certain genres or games.

With shooters, for example, controlling with the mouse is usually faster and at the same time precise, although our author, for example, likes to play a game with the gamepad on the PC from time to time, without doing worse than with a mouse and keyboard.

Cross-gaming multiplayer and the relaxation of the conditions for game consoles also make it possible for console players to use certain mice in multiplayer games. If you want, you can only compete against players who use the same controls.

In addition to shooters, strategy games or MMOs are usually easier to use with the mouse – here it is not (only) the mouse pointer that you can move faster and more precisely, but above all the many commands that are often difficult to control with a gamepad via menus that can be called up using the directional pad.

Many mice, like the SteelSeries Rival 3, have a subtle hump – most gamers get along well with it.

Mouse fans simply use their keyboard for many commands – or even have a mouse that has an unusually large number of freely assignable buttons on the side. But more on that later. First of all, it is about the ergonomics of a mouse.

Mice can be of different shapes: long or short, narrow or wide, very humped or rather flat. In addition, the exact distances between individual keys and the mouse wheel can differ. Depending on how big your hand is and which hand position you personally find most comfortable, a mouse that is generally considered to be particularly ergonomic can be completely unsuitable.

However, a mouse can also feel like a second skin to you, although over 90 percent of the testers find it horrible. Of course, there are also mice that are clearly unsuitable. If you have a small hand and the mouse is so long that only half of your hand rests on it, you can almost bet it won’t be comfortable for you.

In general, one can basically only say: the ergonomics of a mouse can be described as a tester or manufacturer – but as a user you will have no choice but to lend a hand in the truest sense of the word. In many shops, especially in electronics stores such as Expert, MediaMarkt, MediMax or Saturn, you can try out one or the other mouse. If you already have a mouse that fits well ergonomically, you can of course look for a new mouse with similar dimensions.