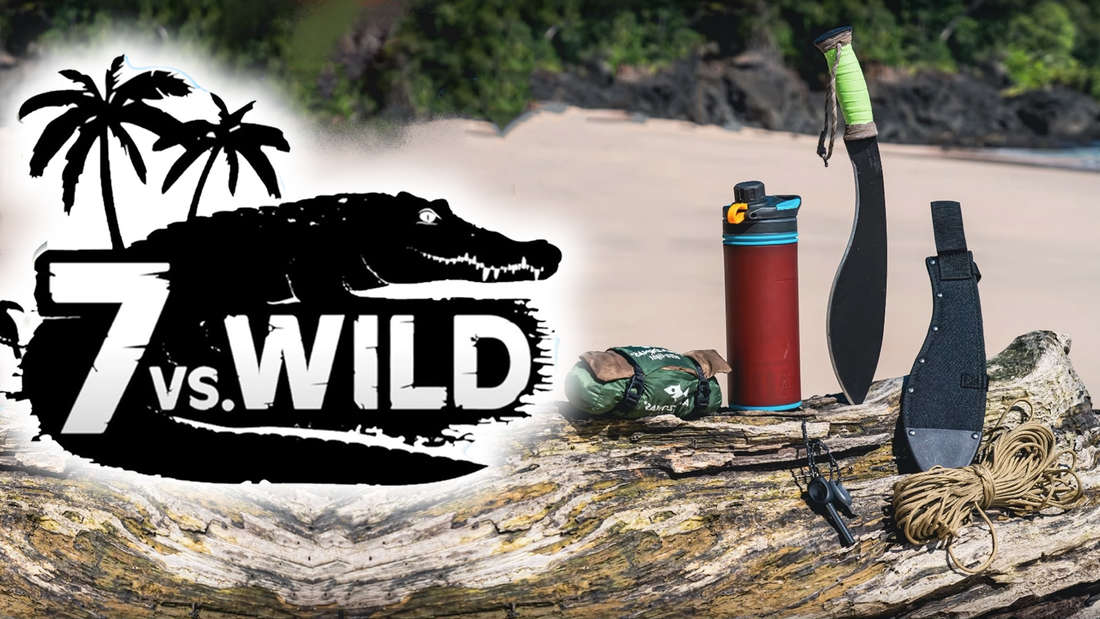 7 vs. Wild, the survival show, is heating up the preparations. Fritz Meinecke has now announced all the items that the participants will take with them.

Magdeburg – Filming for the second season of “7 vs. Wild” is scheduled to start this month. The preparations are currently in full swing and the candidates are preparing themselves. According to organizer Fritz Meinecke, the organization team is already on site on the island to prepare everything for the arrival of the candidates. Even the equipment that the participants are allowed to take to the island has been decided and has since been handed over. In his latest YouTube video, Fritz Meinecke revealed the final list of items. The survival influencer also had one or two surprises in store.

7 vs. Wild: These are the contestants’ items

What items will participants take with them? In contrast to the last season, not all participants are allowed to take seven auxiliary items with them. Depending on their survival experience, the candidates were assessed by Meinecke’s team and given items accordingly. This circumstance should lead to more equal opportunities among the participants. The new 7 vs. Wild ruleset also excludes certain items to keep contestants from over-simplifying. In our overview, we tell you who will take which items to the island.

Fritz Meinecke: Fritz Meinecke is a real survival expert. The web video producer finally won the last season after 16 episodes. Since he will be participating again and won the last season, he will only be allowed to take one item with him. He explained his decision briefly and succinctly in his video: “I was in the jungles of Peru for six days, the locals there do everything with it.”

Ottogerd Karasch: The ex-soldier is used to surviving in hostile environments and, like Meinecke, has a lot of experience in the great outdoors. He has been in the jungles of Venezuela, Brazil and Afghanistan over the course of his career. His YouTube channel, Bulletproof Entrepreneur, is about survival issues. Like Meinecke, he can only take one item with him to the island for 7 vs. Wild. Interestingly, he had the same idea as Frizt Meinecke.

Joris: The 23-year-old student from Heidelberg was able to secure his place on the list of candidates with the wildcard. According to his own statement, he is an expert in the field of animal and plant life and was finally able to convince Fritz Meinecke with his introductory video. Joris is allowed to take a total of three items to the island for “7 vs. Wild”, it will be exciting to see how the newcomer can do in the field of participants.

Sabrina Outdoors: The influencer, who also deals with nature issues, is even the proud owner of a small forest area, so she definitely had every opportunity to train in peace. She can take a total of four items for “7 vs. Wild” to the still unknown island in the Pacific.

See also  Top deal: MediaMarkt is currently offering the iPhone 13 with a contract for just €49

Scarlet Nova: Twitch streamer Scarlet Nova also joins the cast in Season 2 of 7 vs. Wild. Meinecke chose the streamer because she is said to have been active in the boy scouts. In order to take part in the show, the streamer even wanted to do without Gamescom and the wedding of a good friend. Scarlet Nova is allowed to take a total of four items.

Sascha Huber: The fitness influencer is even allowed to pack a total of five items in his backpack. It became clear that he takes the challenge seriously when he uploaded a video showing him training for “7 vs. Wild” with Austrian special forces. He was able to gather a lot of useful tips and practical experience for his trip into the jungle.

Knossi: Jens Knossalla aka. Knossi is clearly exotic in the second season of “7 vs. Wild”. The streamer and entertainer from Baden-Baden has no previous survival experience. His acceptance was all the more astonishing when Fritz Meinecke invited him. To prepare, the streamer even hosted his own survival camp, which he broadcast live on Twitch. Knossi got advice from participants in the last season, but the streamer even asked Twitch star MontanaBlack for advice. Knossi is the only participant who is actually allowed to use the limit of seven aids.

7 vs. Wild: Season 2 is about to start filming

When does 7 vs Wild start? The second season will begin shortly, with filming set to begin later this month. Since Fritz Meinecke still wants to keep the exact location and date secret so that no fans disturb the shoot, there are only a few clues. In his video, the web video producer grins promisingly at the camera: “The clock is ticking, it’s about to start.”

However, fans will still have to wait until the second season is broadcast. After the shoot, the material goes into production, of course. The finished episodes will then probably be released individually in November, as was the case last year. So it remains exciting to see how the participants will do in the end. If you want a more in-depth look at the contestants for Season 2 of 7 vs. Wild, check out our overview article here.

See also  Crossplay on PS5, Xbox, Stadia and PC - How to play together