Destiny 2: Because of a father’s sad story, many Guardians are wearing gold right now 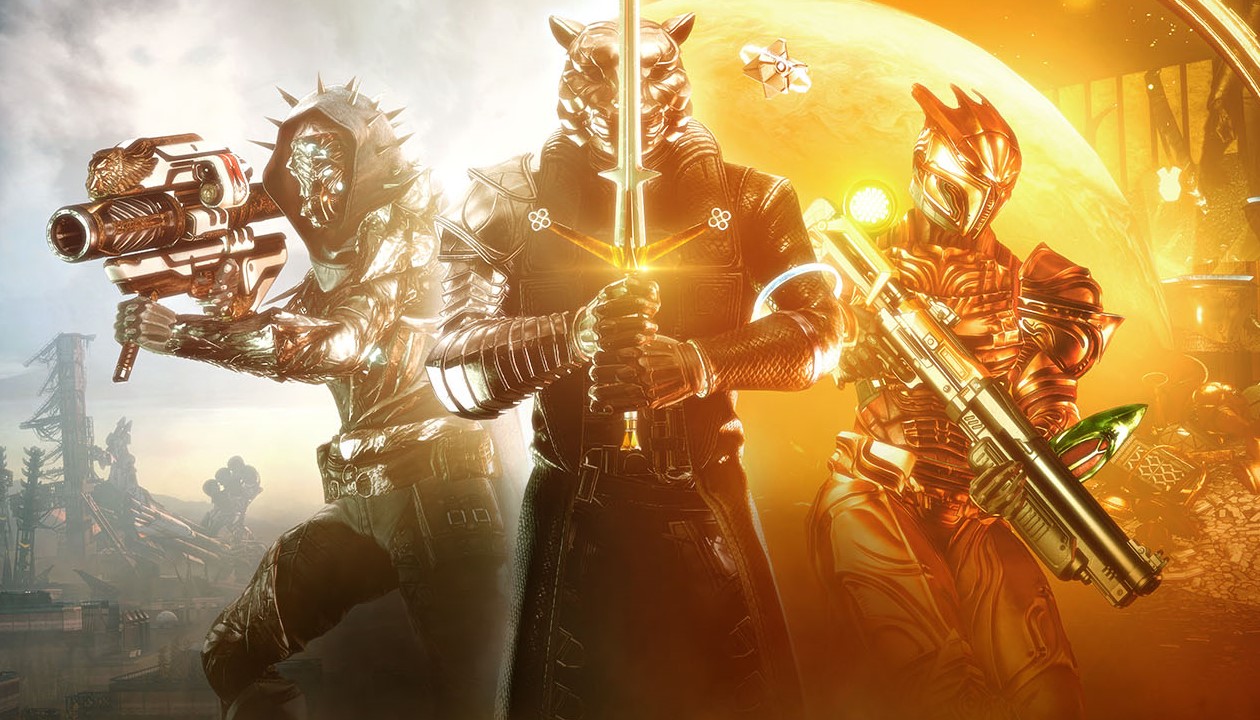 A father shared in a Destiny 2 Facebook group the loss of his daughter who died of cancer. He called for wearing gold in September to raise awareness of childhood cancer. The community spread his appeal and many players followed the request.

This is the situation: A few days ago, a lengthy post appeared in a Destiny 2 Facebook group in which a father shared his sad story with other Guardians. He said that one of his children, a young daughter, died from cancer a few years ago.

Since then, every September, the father has called on the community to wear golden shaders to raise awareness of childhood cancer. September is officially “the Awareness Month” for childhood cancer, the month that raises awareness, and the golden ribbon is the symbol for this.

Awareness Ribbons are small bows worn as a sign of solidarity and support with specific groups. They often symbolize certain serious illnesses such as the red ribbon, which stands for AIDS. More on Wikipedia.

“No profits, just a gesture of support”

This is what the post said: on reddit user LunarPengu shared the appeal with the caption, “Please join us to make this man’s dream come true.”

Below you can see a post that was published in the Facebook group “The Dad Gaming – Dadstiny”. In this, a father reports on the loss of his daughter in May 2020, who died of cancer.

“I’m not making any profit from it. It’s just a gesture of support from one father to another. So I ask you again, Fathers and Keepers, to join me in wearing gold for the month of September. It would be amazing to see a tower full of golden titans, hunters and warlocks.” Below is a photo of the father with his daughter.

See also  Apple began sending invitations for September 7 Will you present the iPhone 14?

The community is touched and gives each other fashion tips

Here’s how the post went: The community took up the father’s post and began sharing it diligently. In addition to reddit, Twitch streamer AnneMunition shared the appeal on twitter . She’s a well-known shooter streamer and while she doesn’t play Destiny 2 herself, she found her father’s post touching and shared it.

In her tweet, she also addressed well-known Destiny streamers like Gothalion and Dr. Lupo, who has already collected donations for a children’s hospital. Gothalion said, “No one should ever lose their child, especially to something as terrible as cancer.”

Thanks to the retweets, the appeal quickly went viral and garnered over 23,100 likes. Bungie employees also became aware of this and got involved. Bungie’s Senior Community Manager grabbed the story on twitter and listed shaders that players could use as part of the promotion.

No one should ever lose a child, let alone to something as awful as cancer. This is why we raise money for St Jude and spread awareness when we can.

How does the community react to the call? Under the reddit post players give each other tips on which gold-colored shaders would work best in the context of the promotion. Many write that they will heed the call. According to AmericanGrizzly4, “Really all of my fashion options are on hold for the entire month. There will only be gold, no question.”

See also  The incredible record that Bizum could reach this year

The situation is similar on Twitter: the father’s story touches the community. The user Bruisr writes: “[…] As a father myself, I cannot imagine the pain of losing a child. I will proudly be a Gold Keeper this month!”

There is also the hint: “This shader is ‘Dawning Welcome’ and it mainly shades gold with a blue accent. Looks really good on Weapons, Sparrows, Ships and Ghosts!” He shows his Warden in gold gear in a photo below, as do many other players.

What do you think of the community reaction to the father’s post? Will you be wearing gold yourself in September? Write it to us in the comments.

Here’s how Bungie explains why Destiny 2 is going cyberpunk in Lightfall.