FIFA 23: The era of Ronaldo & Messi is over – Which talents will become the best players now? 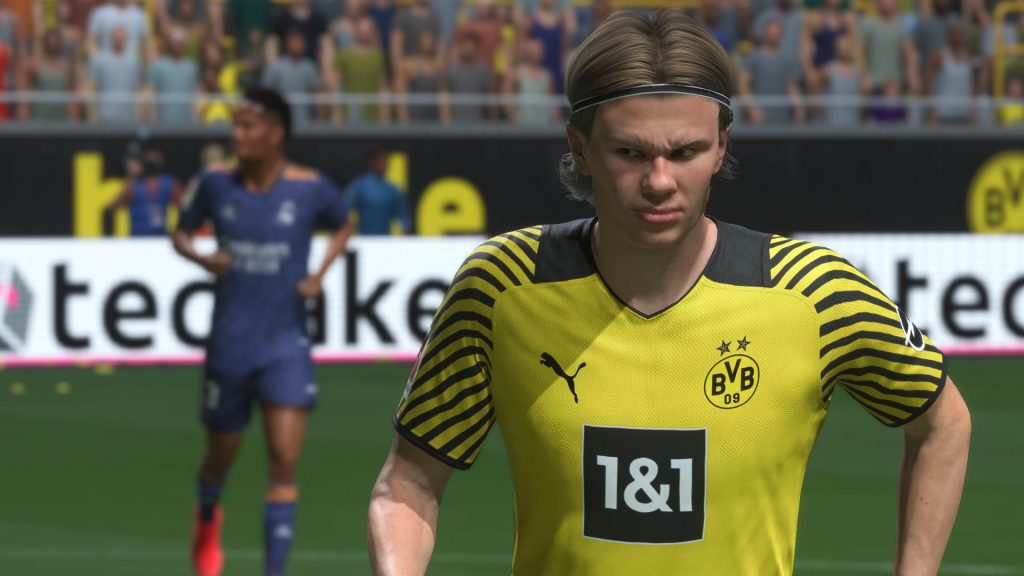 For years, Cristiano Ronaldo and Lionel Messi dominated the top ratings in FIFA. But new talents are slowly moving in – which stars could become the best players in FIFA 23 and afterwards?

This is how strong Ronaldo and Messi are: Of course, Ronaldo and Lionel Messi are still not bad players – neither in real football nor in FIFA 23. Both can still amaze viewers (and opponents) with absolutely world-class performances.

But especially in the FIFA series, players are slowly moving up who can at least overtake the two top stars in the long run – if they haven’t already done so.

A major leak of FIFA 23 on Xbox already revealed some of the highest ratings in FIFA 23. According to the leak, Messi is set to get a 91, Ronaldo a 90 – but both at heavy losses in the speed that is so important in FIFA. That made some fans unhappy.

At the same time, other talents are attracting more and more in terms of ratings. We look at some of the most exciting candidates to succeed Messi and Ronaldo.

What is this list? It is already clear that alongside Messi and Ronaldo, players like Benzema, Neymar and Lewandowski will also be at the top of the rating scale – but these are long-established stars. Above all, we are looking at talented people who still have a lot of potential for development.

This is what makes Mbappé so special: Mbappé is the obvious choice, but there’s no getting around it either. It feels like he’s been around forever – even though Mbappé is just 23 years old today. But that probably happens automatically when you become world champion at the age of 19.

According to the leak, Mbappé should get a 91 with absolute top values, he is also one of the cover stars of FIFA 23 – and has been for several years. Mbappé is already one of the best players in FIFA, if not the best. This is unlikely to change in the near future either.

This is what sets Haaland apart: Erling Haaland is even younger than Mbappé, but the 22-year-old has also been a contender for the title of best talent in the world for some time. He switched from Dortmund to Manchester City this summer and immediately started shooting at opponents again.

If you look at the global market values ​​in real football, Haaland is currently right behind Mbappé (via transfer market): With 150 million he is currently the second most valuable player in the world. At the moment there is nothing to prevent the currently extremely strong striker from getting even better in the coming years – and thus becoming one of the best players in FIFA.

This is what makes Vinicius Jr. stand out: Fast, tricky, with endless skills and a useful finish – Vinicius Jr. is basically everything FIFA players want in an offensive player.

The agile Brazilian currently plays for Real Madrid and is getting better season after season after a rocky start. In the meantime, the 22-year-old has established himself as a regular on the flank and has already collected two goals and one assist – in just three games.

If you look at the global market values, Vinicius is currently the third most valuable player behind Haaland and Mbappé. And precisely because of his ideal skillset for the offensive, it can be expected that Vinicius will also be an important player in FIFA for years to come.

See also  New sale on the PS Store: Get these PS4 hits for under €15 now

This is what sets Foden apart: Good dribbling, a good overview, skillful passes – these are the qualities that have earned Phil Foden a regular position at Manchester City, which is not easy given the competition in midfield.

In real football, he’s – you guessed it – number 4 in terms of largest market values. Foden is currently worth 90 million, on a par with top players like Salah and Kane.

According to the Xbox leak, Foden is supposed to get a rating of 85 if this is not changed until the release. That would only be a small upgrade from last year’s ’84 card, and not quite enough for the top. But: At just 22 years old, Foden still has plenty of time to climb higher.

This is what makes Bellingham special: Another Englishman, another midfielder – and just like Foden, Bellingham isn’t going to climb to the absolute top of FIFA 23, at least in terms of overall rating.

But according to the leak, the Dortmund midfielder will get an 84 card – which would mean a jump of a full 5 points compared to FIFA 22. And last year, Bellingham got special cards that made him one of the best midfielders in FIFA 22.

And now you have to consider: Bellingham is only 19 years old. If his development just keeps going like this, sooner or later he should become one of the absolute best players in FIFA.

The list of talents in world football is long. Therefore, there are plenty of players who could also make it to the top on sight. Some examples:

Will all these talents end up becoming calibers like Messi and Ronaldo, who will dominate football (and FIFA) for years to come? That remains to be seen. Who are your favorites in world football? Tell us in the comments!

You want to know more about FIFA 23? Here you can find our complete overview of the FIFA 23 release.