If you’ve lost the fun of WoW, check out the Newbie channel 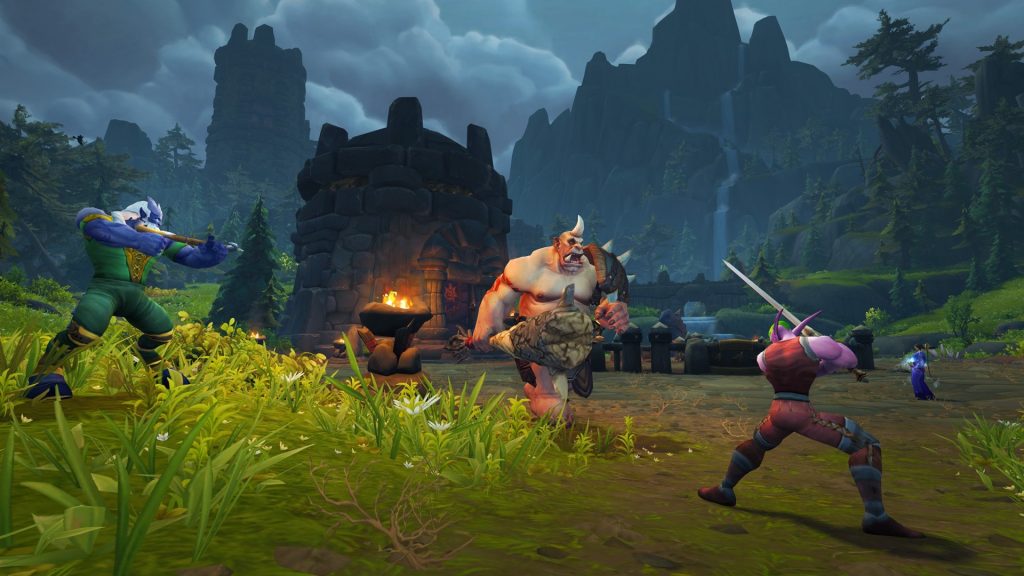 Have you lost the joy of World of Warcraft? Cortyn has a way to fix that, if you want to.

If you’ve been playing World of Warcraft for almost two decades, you can get out of breath at some point. Somehow you’ve seen everything and no matter what the developers come up with, it was already there in some modified form. You get a little jaded, everything becomes routine and you often find yourself thinking: why was it so much more fun before? Was the game just better? Or is it up to you?

A fairly salutary remedy for this tiredness is the “Newcomer” channel in World of Warcraft, or “Beginner’s Chat” in German.

Because as a veteran, dealing with the joy and problems of complete newcomers is itself a lot of fun.

After almost 20 years, you lose sight of the details

I’ve been in the “Newcomer” channel with my characters for as long as I’ve had the opportunity. This is the channel that new players are automatically thrown into when they are fresh out of World of Warcraft. Veterans who have completed a series of achievements can offer themselves as a “mentor” there, offering tips to newcomers and simply answering questions that come up.

And it’s hard to imagine what kind of questions these are when you’ve been so deep into World of Warcraft for 18 years that you wouldn’t even recognize the problem.

Most of you have played Exiled Isle by now. This is the newest starting area implemented with Shadowlands and aims to provide a consistent game start. The quests there are quite linear, comparatively simple and just serve as a tutorial. Nobody should have much trouble with that – should they?

One of the most common things you see in the newbie channel are chat lines from newbies posting something like this:

The reason for this is the one quest on the island where the character disguises himself as an ogre and leads supposed prisoners through the ogre camp. As an intermediate step in this quest, you must wave to one of the ogres to signal that you are bringing fresh prisoners.

And it is precisely this quest step that turns out to be a clear blockade.

Elite veterans might roll their eyes here and think, “If you’re too stupid to type an emote, I don’t want to see you in endgame.”

But you have to keep in mind that there are just so many newcomers who have perhaps never played another MMORPG or have never had any contact with video games of this magnitude.

And from my own experience in the newbie channel, this quest line is quite a barrier, and the game doesn’t explain it very well either. Because for the quest you not only have to enter a chat command (“/wave”) for the first time, but also have targeted the corresponding NPC. Both are explained comparatively poorly by the game and, if you think about it, are quite a break from the previous missions.

But when you’ve learned over 18 years of using emotes on and off to tease each other, thank you for an enchantment, or swing your fist at the evil villain in PvP, the quest is an utter triviality.

It’s incredibly difficult to imagine that you might not have been able to complete the quest on the first try even in the past.

It’s difficult to help these players who may not be paying close enough attention to chat. But if it succeeds, the reward is the nice feeling of having helped a fellow player who doesn’t end the game frustrated with this quest line because he can’t solve it.

That’s just one of the reasons I think WoW is too hard for newbies.

Absurd joy at the smallest things is contagious

But by far the most fun is experiencing the joy of other players who are happy about the smallest things that you could only smile about tiredly yourself.

So it happens again and again that a beginner asks with clear enthusiasm in the newcomer channel:

“How do you get that black unicorn mount?! That is so cool!!!”

From this, conversations develop again, in which one tells about the big mysteries, which in the end reward with mounts such as the Lucid Nightmare.

Also unforgettable for me is a druid player who apparently experienced his personal Christmas in the middle of summer when he announced in the newcomer channel (in Capslock):

It’s such a mundane basic ability of any druid, but for someone who hasn’t played MMORPGs before, it seemed like the best thing that could have happened. This almost childishly exaggerated joy is simply contagious and you can’t help but smile a little.

It always reminds me of my own early days in World of Warcraft. I remembered taking on a quest in Ashenvale with my mage back in the “Vanilla” days where you could transform into a furbolg with a quest item. This was the first quest of this kind for me and I was so excited about this transformation that I never completed the quest.

See also  From Capcom to NetEase: Resident Evil producer is leaving the studio after 27 years

I kept the quest item because, unlike many other quest items, you could use it anywhere in the game world. It doesn’t matter whether later in the Molten Core when raiding or in the Warsong Gulch battlefield. I could show up as a furbolg mage anywhere and thought that was really great at the time.

So my tip is, if you’re a long-time WoW veteran and you’ve lost your enthusiasm, sign up as a mentor to help newcomers with words and deeds. But of course only if you really intend to help the newcomers a little.

This innocent joy is simply contagious – and at the latest when someone writes “wave to gorgroth” in the chat channel again, you have to smile a little again.