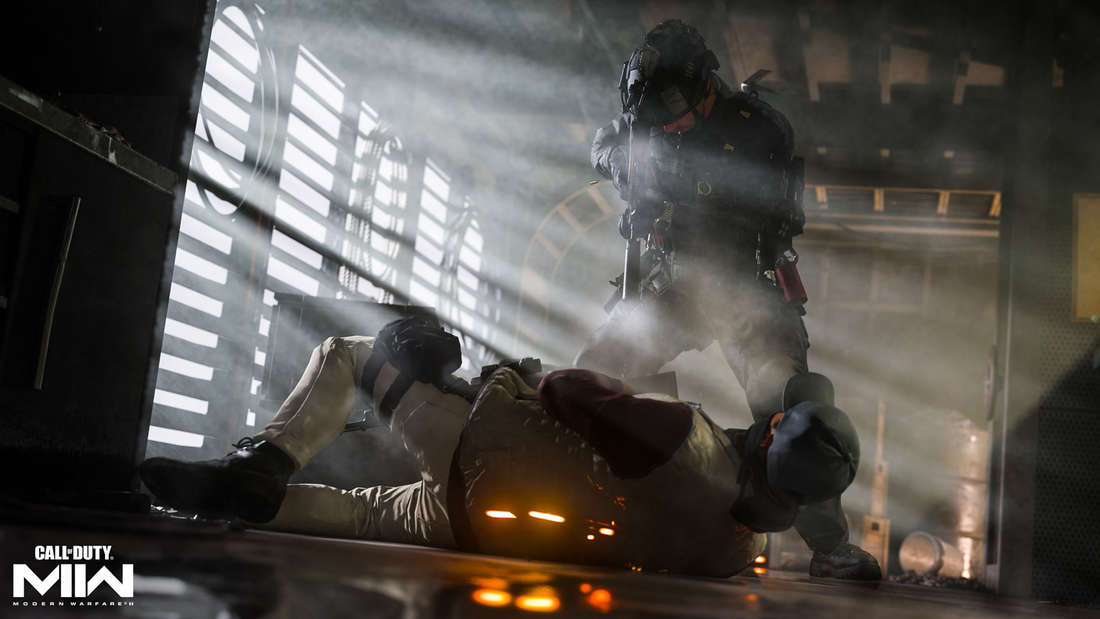 Update on the Modern Warfare 2 campaign. Videos from the game have been leaked on Twitter. There you can finally really see something of the game.

Santa Monica, California – The release of Modern Warfare 2 can’t come soon enough for many fans. To sweeten the wait for October, some leakers keep posting information about the new Call of Duty. So also this time. New leaks show scenes from the Modern Warfare 2 campaign. Some new mechanics are presented there.

This can be seen in the videos: Modern Warfare 2 is expected to be out in less than two months. Accordingly, more and more leaks about the game are appearing. In a video, Infinity Ward even secretly revealed weapons from Modern Warfare 2. Now, however, two videos have been leaked that are said to show scenes from the campaign. We include one of them here:

The first video features a chase scene from the campaign. There some of the mechanics, which should also be included in the multiplayer of Modern Warfare 2, are shown. Among other things, it should be possible to jump from car to car, or to climb into moving cars from the roof and take control.

Activision has already removed the second video from Twitter, so we cannot include it for you. The American colleagues from CharlieIntel have the videos however, published by himself. However, there is not much to see there. It only shows the character being played appearing now and again for a few seconds. However, despite poor quality, the water looks impressive.

Where are the leaks coming from? The leaks were originally posted on the 3RBCOD account. There, however, the clips were removed again due to copyright infringement. The well-known leaker Tom Henderson has now also commented on this and said that the videos are a bit older.