WoW: The next expansion needs to overhaul the bonus events

Are you over the moon in WoW: Shadowlands this week, because that’s it again Arena Skirmish Bonus Event pending? Have you maybe reactivated your subscription just for this and are you in the process of sweeping through the arena with several characters? Or are you trying to get the most out of the second bonus event this week and reminiscing on the Ashran Classic Battleground? Are you also so excited for the coming week with the PvP bonus event “Full house“?

No? Then you’re like me and probably 99 percent of the rest of the players. And if you had to think about what in WoW (buy now ) Shadowlands actually means “bonus event”, you reinforce our call for a complete overhaul for this feature.

The current bonus events from WoW

PvP bonus events are sometimes even nice for PvP players, but the events are not really bad.

Bonus events have been with us since Warlords of Draenor and have been expanded over time. Back then, bonus weeks for pet battles, battlegrounds, and PvP skirmishes were still somewhat popular. However, players were usually only really euphoric about these weekly events during the Apexis Crystal Bonus Week.

Meanwhile, bonus events like Bonus Event: World Quests, Bonus Event: Pet Battles or Bonus Event: Arena Skirmish degenerate into non-events. Unless you happen to be checking the calendar or rubbing your nose in the quest in front of the Great Treasury, you won’t even notice that there’s a special event coming up this week.

See also  'Horizon Forbidden West': Seven aspects in which it improves on its predecessor in its first three hours

The exceptions so far have been those PvP scuffle kid’s game, because you could easily increase your fame levels in Shadowlands and the bonus events such as Shadowlands Dungeons or Timewalking events. However, the latter were only interesting if their weekly reward rewarded the player with an item at the current item level. In my opinion, overhauling events should be a top priority in one of the upcoming expansions.

In order to make bonus events attractive to the player, the reward simply has to be right. Bonus Event: Dungeons of Shadowlands should not only drop extra loot at the end of a normal Mythic dungeon, but also in Mythic Plus. Timewalking events shouldn’t necessarily drop current raid level gear, but at least current Mythic dungeon level. Battleground events should not only grant a little more honor, but also provide some bonus capture points. 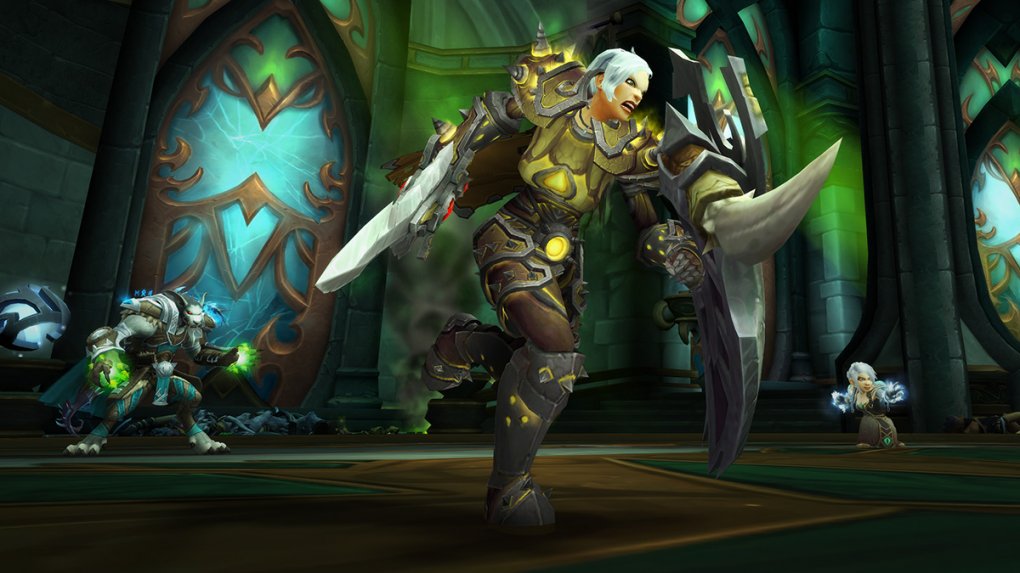 As soon as there are good rewards via bonus events, players also rush into the dungeons.


PvP Brawls should either provide always active and interesting PvP cosmetics or be a good opportunity to quickly increase your honor level. Winning all PvP brawls should be a titled or mounted meta-achievement. The rewards must be made interesting enough for players to play the weekly event want and look forward to certain events.

Wow: What actually happened to the battle guild – where is the “big thing”?

What happened to the Battle Guild? Did the WoW developers forget they still existed during Shadowlands?

WoW: Dragonflight’s new interface options replace most addons in the game. Take a look at what you can change in edit mode.

Imagine if we replaced ugly bonus events like “Bonus Event: World Quests” with “Bonus Event: Valor Points”, which grants dungeons triple the amount of Valor Points. What do you think would be happening in Dungeons this week? How many players would wake up from hibernation at once…

No one would want to miss out on a bravery point week in particular. But what if you don’t have time in a week and miss great bonus events? Admittedly, that sounds like one FOMO tactic (Fear of missing out, the fear of missing something), which we like to demonize ourselves. If you miss a certain event for a great item or a lot of bravery points, you feel disadvantaged.

The thing is, if every week, every event is good, it’s no longer FOMO. Every WoW ID is a small, cool event, that would be nice. I know that sounds crazy. But that’s what I think bonus events should be and is long gone in WoW. Do you agree? What bonus events would you like to see in the future? We look forward to your opinions in the comments.