Blizzard takes a radical step: Realms in WoW Classic are too full and are closed 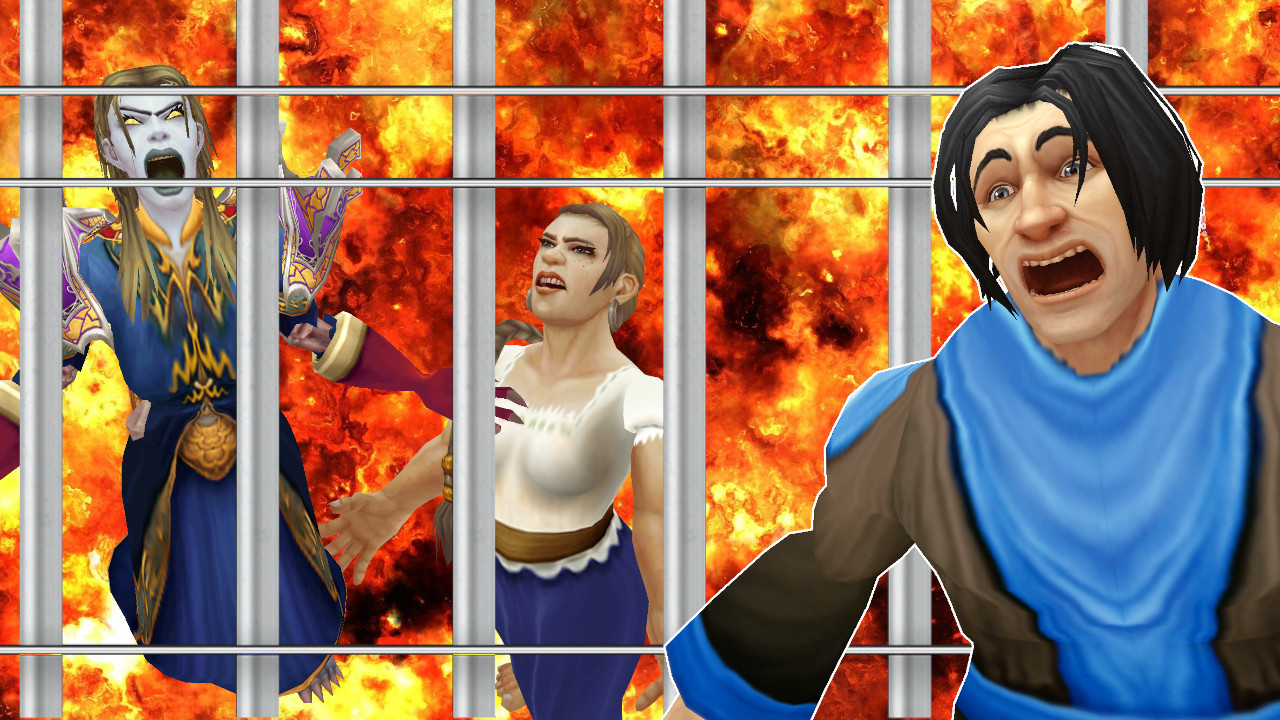 Blizzard is no longer master of the queues. In WoW Classic, realms are now being closed, nobody is coming up with new ones – possibly permanently.

There are currently two major groups bustling in World of Warcraft Classic preparing for Wrath of the Lich King Classic.

Blizzard has now decided on a very radical solution: the most popular realms are closed, new players no longer have access to them.

What’s going on in WoW Classic right now? The Wrath of the Lich King Classic pre-patch has brought huge numbers of players back to World of Warcraft, who are now flocking to the realms. Many still want to use the time before the official launch to level a death knight or prepare any other class for Northrend.

The problem that arose from this: the majority of players seem to want to find themselves on a handful of realms that are now bursting at the seams. This leads to absurd waiting times of 8 hours or more and also causes lags on the realms.

There hasn’t been any improvement in sight for days. Therefore, there are always voices that Blizzard should improve something in the situation.

While there are free character transfers from the overcrowded realms, they are rarely used. Logically, because most of them want to play on the realm where their friends are and are afraid that sooner or later they will end up on a “dead” realm where there are no longer any groups and the economy has come to a standstill.

By the way, if you’re currently playing WoW Classic, you’ll get a mount in modern WoW:

One demand in the WoW forum or subreddit is always that Blizzard shouldn’t be so stingy and should simply upgrade the capacity of the respective realms. Here Blizzard has in official WoW forum now clear: This is simply not possible. The busy realms are running at the limit of what is technically possible with them.

We start with a simple and clear statement: The mega-realms in the US and EU regions that are currently having to deal with queues are completely full. This is the absolute state of affairs and there is no additional capacity to add to these realms to allow for more players or reduce wait times.

The reaction of many players is that Blizzard should simply open more layers on the full realms, so that more players have room in the game world. However, this is not a solution either, because layers cannot increase the capacity of a realm:

The capacity of a realm is determined by the number of connections that the server can handle at one time. Every time a player connects to the realm, this connection interacts with several services, systems and adds load to the database that collects data related to the players, spells, quests, creatures, auctions and so on. When the total number of all connections to a realm’s database reaches a certain amount, then performance degrades or fails on multiple levels, leading to symptoms such as massive lag in the auction house, problems with chat, or delays in item looting.

Never in the history of WoW have realms had such a large capacity as they do now, and even with our modern capacity we sometimes experience performance issues when realms are full or databases are overloaded.

Players have only one choice: they must switch realms

Blizzard is very clear here that capacity cannot be increased without causing even more problems. Therefore, it is clearly said that there is only one solution:

Currently the best and only way to mitigate the issues for the affected realms is to use the free transfer and leave those realms. There is no technical solution to this matter. There is no hardware solution to this thing. The situation will not improve when Wrath of the Lich King Classic launches in late September, it will only get worse.

A first step to contain the problems at least a little seems radical. The most popular realms can no longer be used as destinations for paid character transfers. Also, it is no longer possible to create new characters on the crowded realms.

In other words: If you haven’t played on the overcrowded realms yet, you won’t be doing so in the foreseeable future.

These restrictions will remain in place indefinitely, but possibly several months.

Are the other realms that much worse?

No, and Blizzard tries to emphasize that again and again. Many players worry that the realms that are not fully utilized will be “dead” in a few weeks and you will no longer find groups there. In fact, Blizzard shows that the capacities of the various realms are many times what would have been possible in the original Wrath of the Lich King era.

The EU realm “Everlook” is three times as big as a realm with full capacity and even supposedly less populated realms like “Razorfen” or “Earthshaker” still have twice as high a population as back then.

So we can’t speak of dead realms here.

Will you give in and leave the full “mega-realms”? Or do you sit it out no matter how long the wait is at the end?

If you don’t want to know about all the hustle and bustle – the Dragonflight beta is also live, so you can already take a look into the future of WoW.