30 years of PC games: Those were our first PC games – part 2 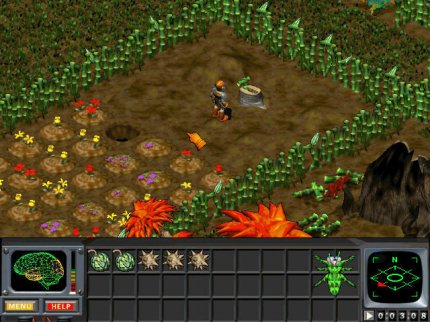 After the first part yesterday, in which the editors Antonia, Chris D. and Michi shared their first gaming experiences, the second part follows today with Stefan, Sascha, Felix and Maci. For our 30th anniversary, we don’t want to withhold the first PC games from some of our colleagues from you. In addition to Tomb Raider, Pac-Man and Co., there are many other well-known, perhaps forgotten and completely unknown titles from back then. So we did the rounds in our holy halls and asked the editors about their beginnings. The result is not just such classics as Lara Croft’s first adventure, but also many funny stories about Mickey Mouse books, pirate adventures and bewitched mini-games. But just keep reading and catch up on part 1 of our special.

You are also very welcome to enter our big 30th anniversary competition, which we are holding in cooperation with Alternate! You can win complete PCs, gaming chairs, SSDs, headsets and much more!

For my first point of contact with PC games, I had to dig quite a bit – not only in my head, because that was 20 years ago despite my young age, but also on the Internet. Back then, when I was six years old, I didn’t go to an electronics store and beg my parents to buy me a big, well-known game, I got into it more or less by accident.

As an avid, let’s call it “reader” of Micky-Maus-Magazine, who was primarily interested in the toy extras, the installation of the obscure PC game in issue 39/2002 turned out to be a real adventure. Before that, I used my parents’ Windows ME grinder mainly to print out pictures of dinosaurs from the Internet (under supervision, of course).

If my memory doesn’t completely deceive me, I actually somehow managed to get Dr. Install and start Brain – The Hell of Madness on your computer. With more luck than sense, as it turned out afterwards, because I didn’t get very far in the game.

The isometric puzzle adventure, in which you crash-land as a test subject of the eponymous doctor in a strange world, was intended for children and somewhere also designed as an educational game, but you probably would have had to be able to read to understand anything.

On the other hand, I can still remember how blown away I was when I took my first steps through this strange alien landscape: there were dangerous monster plants that had to be destroyed with prickly fruits, bug-eyed insects and flower beds on which you could fall for every wrong step was beaten up by a giant root.

All very strange and therefore fascinating, even if the game admittedly looks pretty shabby from today’s perspective.

And yet this first, virtual experience must have hooked me somehow, because from that point on I regularly rummaged through magazine shelves and cereal boxes to dust off new games at low prices. The leap to real gaming magazines wasn’t far from there, and today I work for one – so the circle closes!

See also  The Game Awards: 2021: The nominations for the award ceremony have been announced