Diablo 2 Resurrected: Patch 2.5 is Live – Changed how you level for 21 years 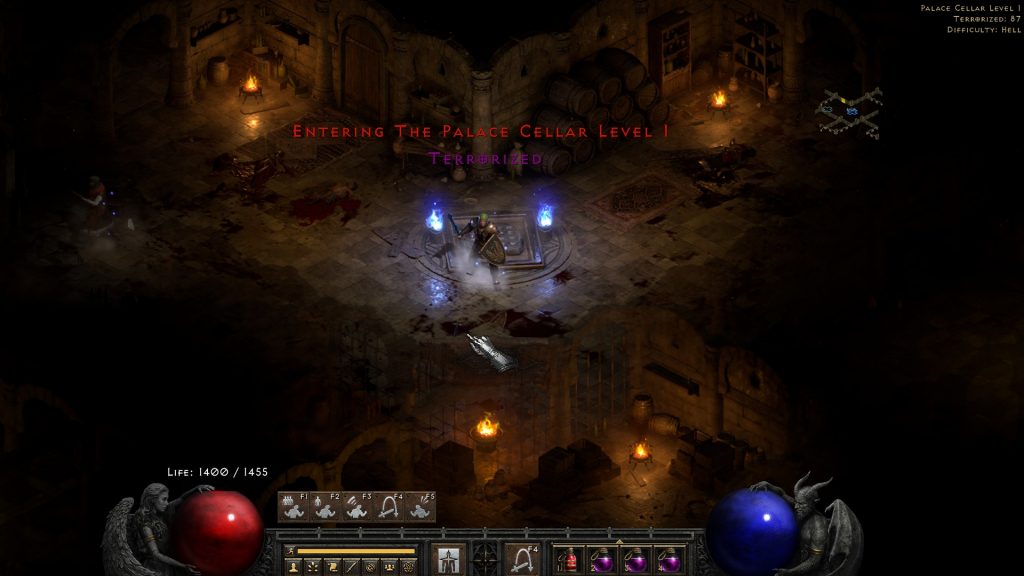 Blizzard released the new patch 2.5 for Diablo 2 Resurrected on September 22, 2022. The biggest new feature is the Terror Zones, which use monsters to become stronger in different areas. There are also over 70 bug fixes and adjustments as well as an outlook on Season 2.

What does the update change? Terror Zones come into play with Patch 2.5. When you activate them, these boost one zone in the game every hour. Monsters in terrorized zones become stronger, depending on their type between +2 to +5 levels compared to you.

Waypoints closest to the zone are highlighted in purple. You can activate Terror Zones for your game as soon as you have defeated Baal at least once with the appropriate character and at the appropriate difficulty.

What do terror zones bring me? Enemies grant you more loot and experience based on their “new” level. The goal is to give you an alternative leveling option that doesn’t just consist of blunt Baal runs.

Repeatedly killing Baal has been one of the most common methods of leveling since Lord of Destruction was released in July 2001. While players have developed other methods over the past 21 years, Baal runs are still the go-to method today. At least until now.

There are also tons of bug fixes and Quality of Life changes in the patch. The full patch notes list can be found on the Diablo 2 Resurrected official website.

Watch the legendary cinematic of Diablo 2 Act V with the final boss Baal:

What’s in the 2nd ladder? With the 2nd Ladder you will be able to get new spells (“Charms”), the Shattering Spells (“Sunder Charms”). For the first time, these allow you to damage enemies with elements to which they are actually immune.

From Hell, enemies can have such high resistances to magic, physical damage, or elements that they become immune to them. Many builds, such as Sorceress’ builds, rely on particularly strong spells from a specific element – such as frost or fire.

But if an opponent is immune to this element, you can hardly kill him. The new spells set resistance to 95% before other modifiers are calculated. In this way you can cause damage, but in return you also receive correspondingly more damage of the respective type. The new spells are:

What exactly is the ladder? Ladders are the feature that made Diablo 2 so popular and basically the same as Seasons you know from Diablo 3. You have to create a new character. The idea behind the system is that you compete with other players to be the first to reach level 99.

Diablo 2 Resurrected: German player reaches max level in 8 days – “How the hell is that possible?”

Ladder characters have access to special loot, such as the new Shattering Spells, Horadric Recipes, or Rune Words. After the ladder, your characters will be added to the list for standard games and will keep their special loot.

On MeinMMO you will find a list of all rune words and what they bring as well as all recipes for the Horadric Cube to prepare you.

When does the ladder start? Patch 2.5 is already live, but the new ladder won’t start until October 6th at 2:00 am German time.

The new Diablo 4 is also already in the starting blocks and will soon start the first closed beta in which endgame features will be tested. You have a chance to choose if you have played Diablo 2 Resurrected extensively. However, fans are already worried: