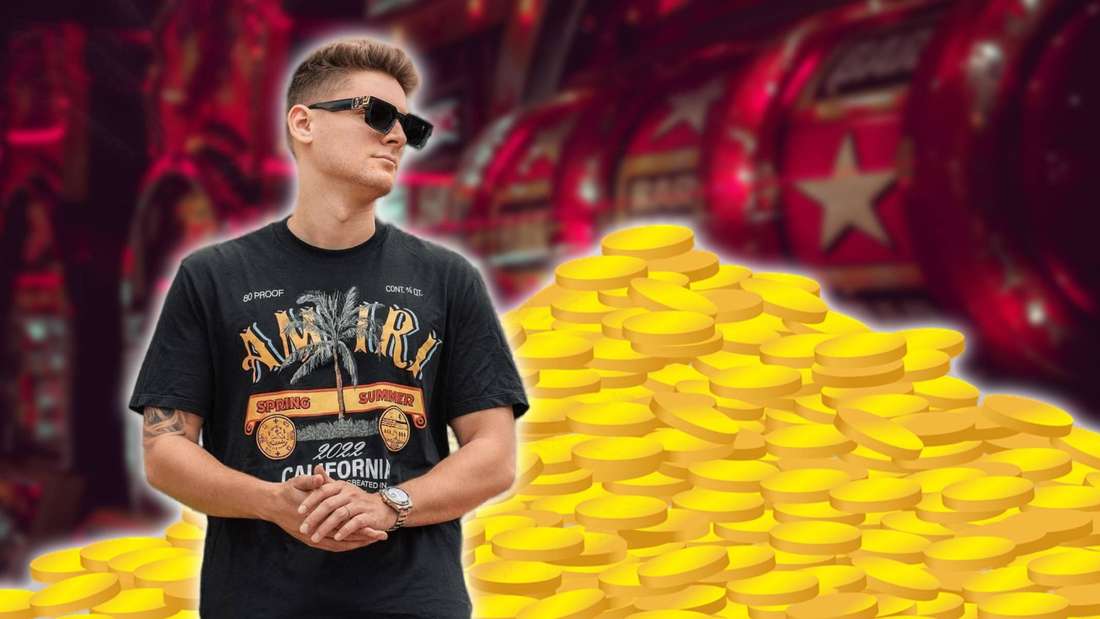 Shortly before the casino ban on Twitch, Orangemorange gambled again and promptly won 200,000 euros. He bought an NFT directly from it.

Hamburg – After the huge debate about how to deal with gambling on Twitch, the streaming platform has now decided to drastically restrict casino content. German casino streamers like Orangemorange are also affected by the ban and will probably have to entertain their followers a little differently in the future. But Orangemorange seems to be savoring the last few weeks before the new regulation. In a live stream he now won a whopping 200,000 euros in the online casino and bought an NFT directly with the money.

That happened: Before the casino streams were banned, Orangemorange turned the controversial slots properly again. And it seems it’s paying off for him too. Because during a live stream, the streamer won an incredible 200,000 euros in the online casino. Orangemorange couldn’t believe his luck and screamed into his microphone for several minutes. “This is the biggest win of my entire career”.

The debate about casino streams has intensified in recent weeks, and it therefore seems almost ironic that the criticized Orangemorange is now making such a profit with gambling.

Organgemorange buys NFT: Of course, with 200,000 euros more in the account, the question arises – what to do with the sudden windfall? And Orangemorange apparently didn’t have to think long, because shortly after the mega win, the streamer bought a “Bored Ape Yacht Club” NFT. The image of the bored monkey was even worth 156,000 euros to the streamer. MontanaBlack is also the proud owner of a monkey NFT, but his fans would have preferred to see the money as a donation to a good cause.

Casino streams will soon be over – Twitch bans various providers

Casino streams under conditions: From October 18th, however, the relaxed casino streams on Twitch will be over, because then the rules on the platform will be much stricter. Because casino streams are only permitted with casino providers who have their official headquarters in the USA – one thing can be said: well-known providers such as Stake are therefore excluded.

Orangemorange and Scurrows also commented on Twitch’s casino ban. The two see the changes rather critically, because for them there is a kind of double standard on Twitch. Even for Twitch stars who have nothing to do with gambling, things could get more uncomfortable in the future, because Twitch wants to cut the streamer’s income.