30 years of PC games: The chick review of our first issue 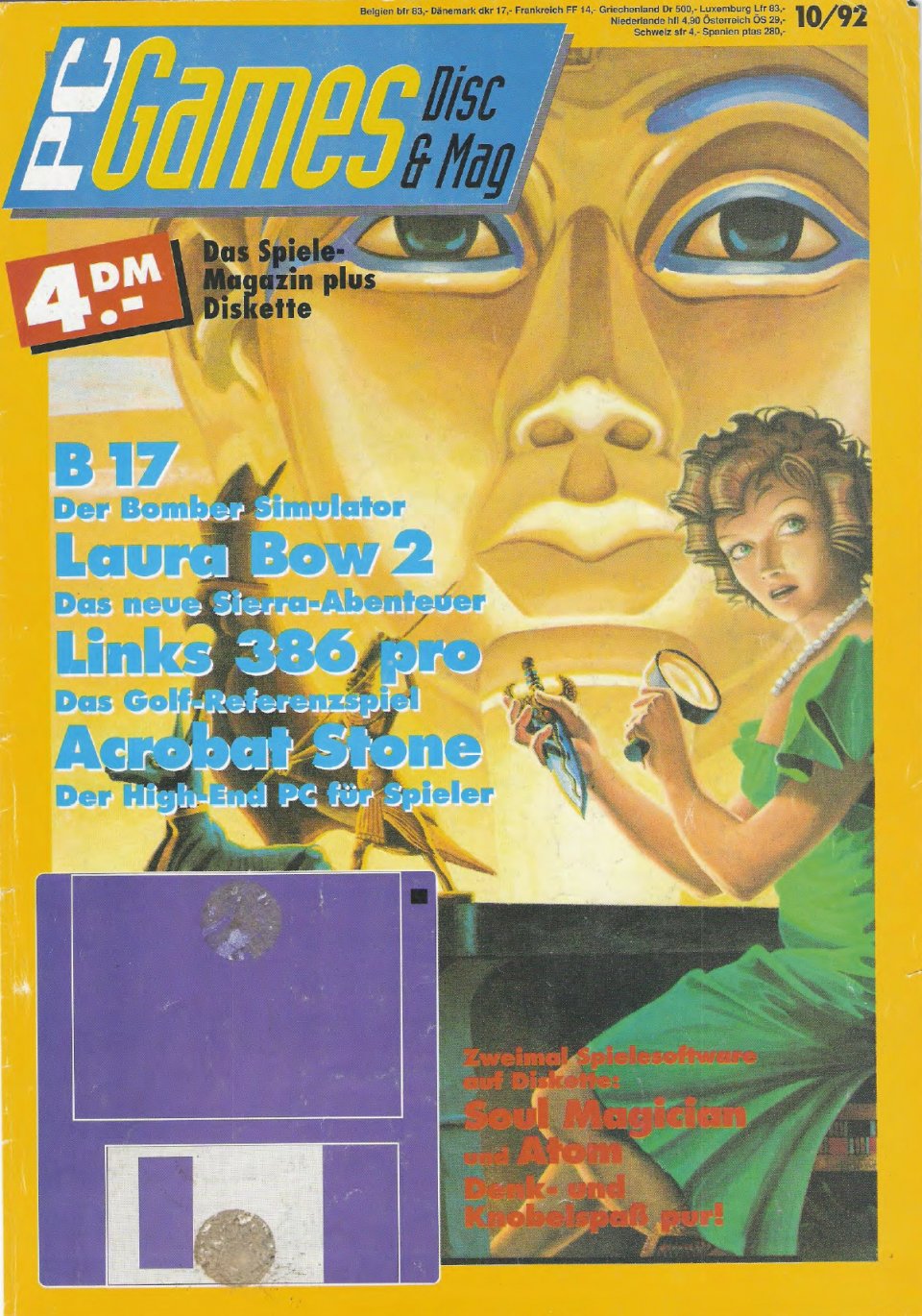 The very first edition of PC Games was published almost exactly 30 years ago on September 22, 1992. That’s exactly three years, seven months and eleven days before I…er…was released. This means that I am one of the youngest members of the editorial staff, along with our valued community manager and volunteer Toni, which was also the reason for this article. True to the motto: “Wouldn’t it be funny to put one of our chicks in front of this antique notebook?”

Although I was already buying and reading game magazines when I could still indicate my age with a number, 1992 is a different house number. What was the average PC gamer playing back then? A look at our first anniversary year in review tells me: Indiana Jones – The Fate of Atlantis, Alone in the Dark, Ultima Underworld, Dune 2 and Wolfenstein 3D. Man, they actually tell me something! The optimism that we might be able to have a say with the old hands doesn’t last long, however.

Because when I look at the cover of PC Games 10/92 – sorry, PC Games: Disc & Mag 10/92 – I only understand Bahnhof. B17 is a bomber simulator and the artwork of the woman with the hair curlers accident probably comes from Laura Bow 2. Links 386 is not a drunk Bundeswehr officer trying to count the beat, but a game of golf. Now, I’m not an expert in print distribution, but if you were to choose a golf simulation game of the month these days and advertise it prominently on the cover, you could probably glue the booklets to the magazine shelves with epoxy resin. Were really different times.

The fact that PC Games came with a floppy disk every month was a real unique selling point.

The next stumbling block awaits me in the editorial on page 3. Our then managing editor (and current managing director) Christian Müller looks at me in the photo as if all he had to do was press the button on his mahogany desk and I would jump through a trapdoor plunge into the shark tank. Now I know he’s not a James Bond villain – at least not during the day… 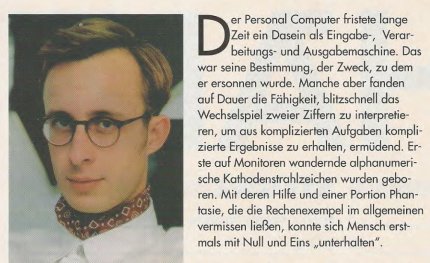 Editor-in-Chief Christian Müller opened the first PC Games with an analytical editorial and this magnificent photo.

Alongside this is the formally written editorial, which includes an analysis of the personal computer market and the need for good reporting (which the reader at the time conveniently already had in his hands). But we weren’t quite conservative, like the, let’s call it, “cheeky” giant lettering “What’s Up?” reveals below left. I will come across this font more often in the magazine and it will always catch my eye. Goal accomplished I would say.

Also interesting: The PC Games Podcast is finally back – read here what awaits you in the first episode and listen to it right away! 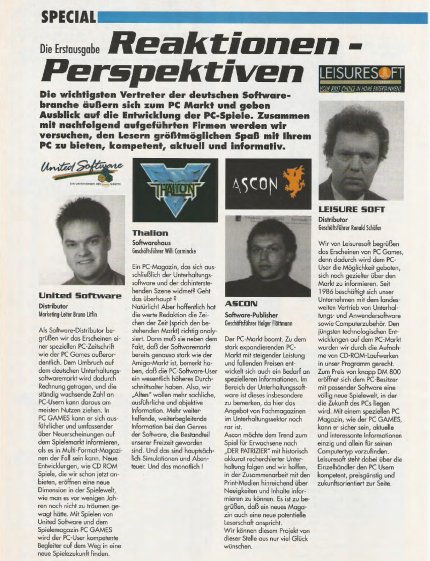 In terms of layout, the booklet sometimes seems a bit bumpy from today’s perspective.

Instead of publishers, the press of the time still spoke of “software houses” or “publishers” when it came to companies like Electronic Arts, Sierra or US Gold. A look at page 14, where the (German) heads of many such software houses comment on the founding of PC games, tells me that most of them no longer exist today. I know Asc(ar)on and Blue Byte, I’ve never heard of the rest.

The manager photos are black and white, the company logos in colour. The other way around might have been better, because that way the pictures exude that certain touch of an obituary. Nowadays, one would probably think twice about allowing oneself to be more or less praised beforehand by publishers, about whose products one reports critically and distancedly a few pages later. Scroll through quickly!