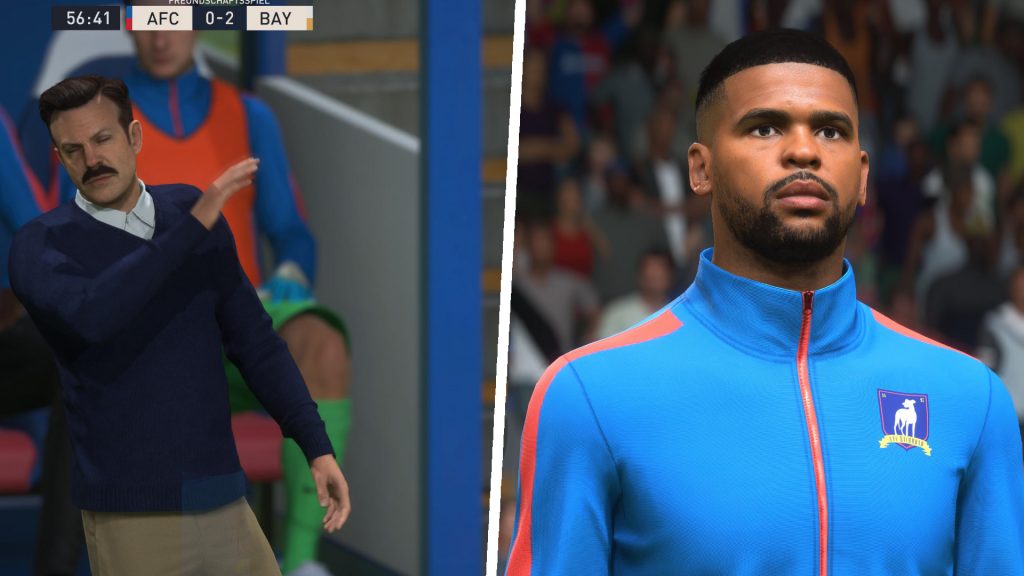 We got a first look at the new FIFA 23. When it comes to gameplay, the game scores above all with a new mechanic: MeinMMO author Max Handwerk thinks that the new “Power Shot” has the ability to rip you out of your chair – if you’re allowed to do it.

If you are also a football fan, you may know it: That crazy feeling when a player from your favorite club unpacks the tape, throws a full can at it from a distance and the ball hits the crease in an untenable way.

The whole stadium jumps up, cheers and celebrates. Heck, I’m still thinking about that insane goal by Lars Stindl in the Europa League against Copenhagen ten years later. What times.

But I don’t want to digress, today is about the new FIFA 23. We got access to the game on Saturday 24th September for a first look tonight. So I threw myself into the gameplay in such a short amount of time – because there was something I really wanted to try.

This is the feature: Let’s face it: From FIFA to FIFA, EA isn’t exactly reinventing the wheel when it comes to gameplay. As a rule, the new parts mostly feel like updates rather than rewrites in terms of gameplay. I found the step from the old generation to the new, i.e. from PS4 to PS5, quite remarkable – but in general the FIFA parts play at least similarly.

That’s why I was curious to see how what I thought would be the most noticeable change in gameplay would feel: The “Power Shot”.

You now activate it by holding L1 and R1 and pressing shot at the same time – the combination that used to be the low shot.

This could cause surprised faces for players who play the new part for the first time and want to make a low shot. Because what comes out with the key combination is definitely the opposite of low shot.

This is how my test went: I went into FIFA 23’s “Kick-Off” mode and, after the crossover was confirmed a few days ago, chose the fantasy club AFC Richmond from the “Ted Lasso” series – including coach Ted Lasso, of course. As an opponent, I grabbed FC Bayern. I admit: That was maybe a bit unwise.

In any case, I quickly ran into a Bavarian wall with my series kickers, so to speak. Well, I was very focused on trying the power shot and didn’t necessarily play great as a result – but Bayern’s strong defense certainly didn’t help.

Overall, I felt the defensive AI was pretty strong.

You have to know: The Power Shot is slow. If you activate it, your player slowly swings his leg.

All this makes the shot pretty cool – but also easy to block. In a nutshell: Bayern always straddled nicely when my Richmond attackers tried to keep it. I also lost the game 0:3. Not an ideal start.

So I moved to Paris Saint-Germain, where top players like Mbappé, Neymar and Messi run around. That should work!

And yes, the three got me into better shooting positions. However, there is also the fact that the power shot is not easy to carry out even if you are not straddled. So I did finish, but shot the ball on the ranks instead of in the box.

Bayern were just too stressed out with their defense for me to be able to focus on them. The game ended at least 1:1, but the supershot goal was still missing.

So I played with Manchester City against the English fourth division team Rochester. I know unfair. But I wanted that supershot goal – I should be able to do it with Haaland!

And what can I say: After 17 minutes everything was fine. Haaland broke through, took measurements, swung and fired a power shot that washed up. All that was missing was the comet’s tail, tracing a perfect trajectory as the ball hit the bar.

Damned. Not in again. But even then I realized: These shots are really cool.

I kept trying, again and again firing the super shot at the poor Rochester defense. And so it was only a matter of time before Phil Foden finally sunk the thing.

How strong is the power shot really? In the short amount of time I’ve had, Power Shot has proven to be quite powerful – at least when you create the ideal situation for it.

Players need time to perform the action, and you also need to put effort into aiming and power setting yourself. Otherwise you don’t see an epic goal, but a sad banana flank somewhere in the direction of the spectators.

But if you hit the thing exactly – then the ball flies almost untenable into the kink. At first glance, this seems like a good deal: high risk – high reward.

It remains to be seen how much the feature will ultimately affect gameplay. It’s definitely an interesting way to score goals. We’ll be taking a closer look at this over the coming days, as well as the rest of the gameplay elements and modes in FIFA 23.

A few things that caught my eye:

The PSG Stadium vs Bayern in FIFA 23:

The same stadium in FIFA 22:

Apart from the lawn, EA also wanted to bring in a further improvement in the movements with “Hypermotion 2”, appearing more realistic. In addition, new ball animations have been added. In the overall picture you can see that: The game seems slower than the last few weeks of FIFA 22, more realistic. Speed ​​is not as terribly decisive as usual.

But, you also have to remember that the earlier FIFA parts gave you this feeling, especially at the beginning. It remains to be seen how this will develop this year in view of the expected updates and the strong special cards in Ultimate Team.

Is the new FIFA 23 something for you? Tell us in the comments!