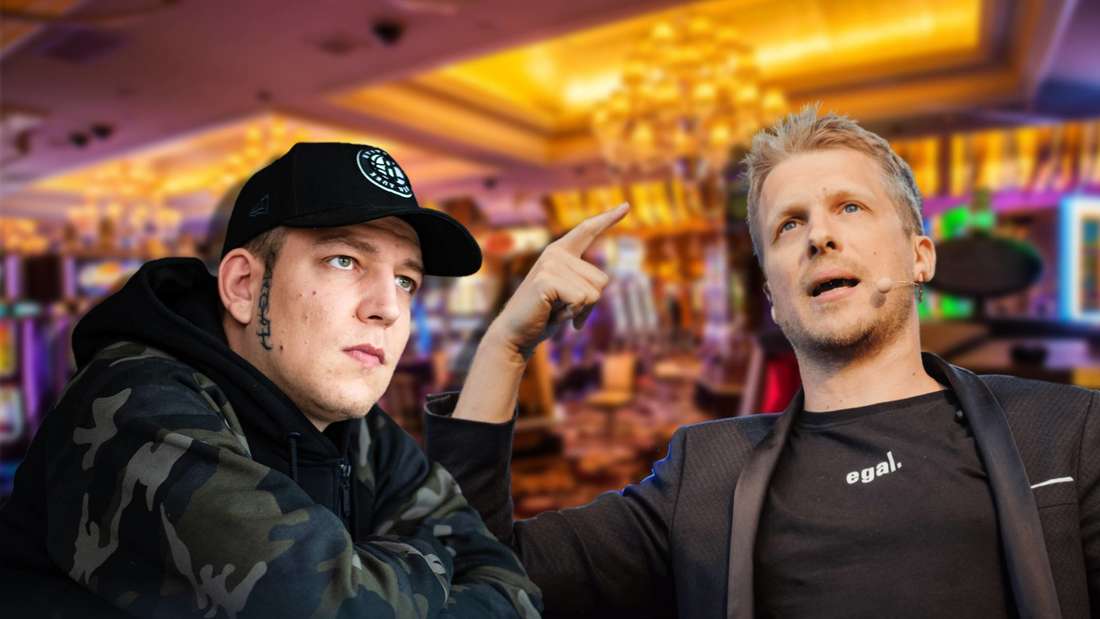 In his podcast, Oliver Pocher criticized MontanaBlack for his casino streams. The streamer doesn’t let that sit on him and counters directly.

Update from 09/19/2022: Of course, MontanaBlack insists on responding to Oliver Pocher’s statements. When asked by a fan on his live stream, Marcel Eris replied: “I haven’t heard it myself. I don’t listen to his podcast. Or rather, I’ve never heard his podcast and I’ve never seen it as if I had to do it. But as far as I could tell, Pocher talked in his podcast about the fact that we did casino and made people addicted. It’s also a topic to address, but the last time I did Casino Stream was three and a half years ago.“

The Twitch streamer from Buxtehude also says about Oliver Pocher’s statements: “For me it gave the impression that Pocher – I have nothing against him – would like to have some extra attention for him. As you have noticed, he was booed on the Ballermann. In the end live and let live. I’m not insulting him now. One is how you appear in the media and the other is how you face each other privately. I think a Böhmermann or a Pocher, if I were on an equal footing with them, that you would shake hands and say ‘Hi, how are you’ and the human touch fits.“

Original report from September 16, 2022: Buxtehude – In the “Die Pochers” podcast, Oliver Pocher and his wife Amira always announce their opinions on a wide variety of topics very directly and this time they took on the entire twitch bubble. Because the Gamescom fight between the ban on dancing and the Scurrows didn’t go past the Pochers either. And of course, the two entertainers couldn’t resist passing judgment on some of the Twitch streamers. Knossi and MontanaBlack were also targeted by the Pochers.

The Pochers criticize: The Gamescom scandal about the ban on dancing and scurrows made waves on the net and Oliver Pocher also became aware of the streamer fight. In the joint podcast with his wife “Die Pochers” he described the incident and thus triggered a debate about the streamer culture. The comedian sees a “trend” behind these arguments. Amira is also not enthusiastic about the power of some Twitch stars “I think it’s a very, very bad trend considering what kind of target audience these twitchers have”.

For Oliver Pocher there are simply not enough likeable streamers on the platform. That is probably the reason why there are always negative headlines about the Twitch community.

But there are a lot of core Asis there, it has to be said. There are very few where I would say that I would also like to spend an hour or two in my private life

Reprehensibility of Casino Streams: Behind the Gamescom brawl hid a heated debate about the casino content of some streamers and the Pochers also deeply condemn this. In their podcast on podimo, popular Twitch stars like MontanaBlack and Knossi don’t get off scot-free. “Especially this online gambling, I mean, that’s what Knossi, MontanaBlack grew up with and a lot of others who do it and that’s really dangerous”.

Gambling addiction is a serious issue for the Pochers: For Oliver Pocher it is clear who operates casino content, which lures his fans into gambling addiction. This is particularly worrying when you look at the young target group of streamers on Twitch. “They have a lot of young people and they drive them into gambling addiction.” However, with an anti-casino stream on Twitch, Tanzban showed that things can also be done differently.

Pochers about the experiences with acquaintances: In the podcast, Amira Pocher once again emphasized that it is of course not only young people who can be influenced by casino streams. In their circle of acquaintances, the two also know people who suffer from a gambling addiction, of whom one would probably not actually suspect it. “But also grown-up people who seem to live their lives and have everything under control”. However, the two do not reveal who the acquaintance of Oliver Pocher and Amira is.