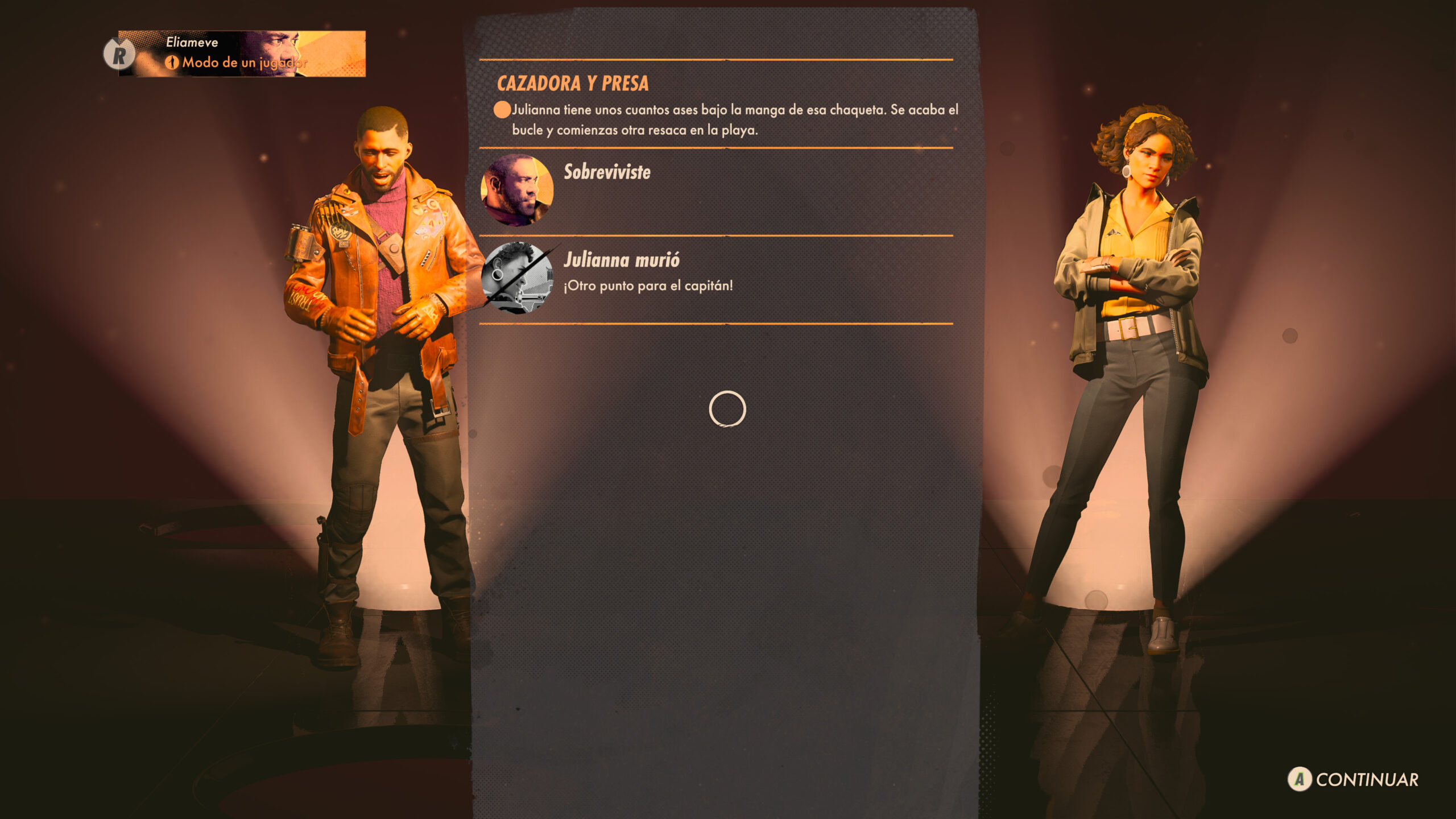 One of the games that had a curious outcome in its original release was, without a doubt, deathloop of Arkan Studios. It was scheduled to be one of the PS5 exclusives, and some time after its announcement, the purchase of Bethesda by Microsoft happened. ORne year later, it was obvious that it would be released on the Xbox Series X, and here we are looking at a game that is the sum of all Arkane Lyon games.

The game garnered mixed reviews with a bias toward positivity, and while it looked pretty good a year ago, on Xbox it looks much better. It is an atypical FPS, both for its proposal and when it comes to offering us everything it has of itself.

It’s hard to explain what Deathloop’s story is all about without getting lost along the way, however, that’s precisely what the studio stands out for. We already saw it in 2017’s Prey, in which the protagonist is living his own “Groundhog Day”. Well, the same thing happens here, but dying is not the end of the road, it is the way to advance in the game.

We will be in the skin of colt (who for some reason reminds us of Idris Elba), who wakes up on a mysterious beach with an amnesiac and a woman named julianna he spends his time harassing on the radio. We immediately realize that this mysterious woman is trying to kill us, because she wants to protect what they call The Loop. It’s some kind of anomaly that makes people relive the day they die over and over again.

The interactions between characters, especially Colt and Julianna, are hilarious. On the one hand, Julianna trying to get Colt to join her group known as the visionaries, to keep the loop running. On the other hand, Colt, without knowing what he is doing there, apologizes thinking that Julianna was an old love with a broken heart.

The plot is told in a different way, following clues that will give us a little information about what is happening on BlackReef, the island where the plot takes place. In addition, we will get information from key characters in this infinite loop, which sheds more light on what happened and why we are in this mess.

See also  In Stray, this cute puppy also cuts a fine figure as the protagonist 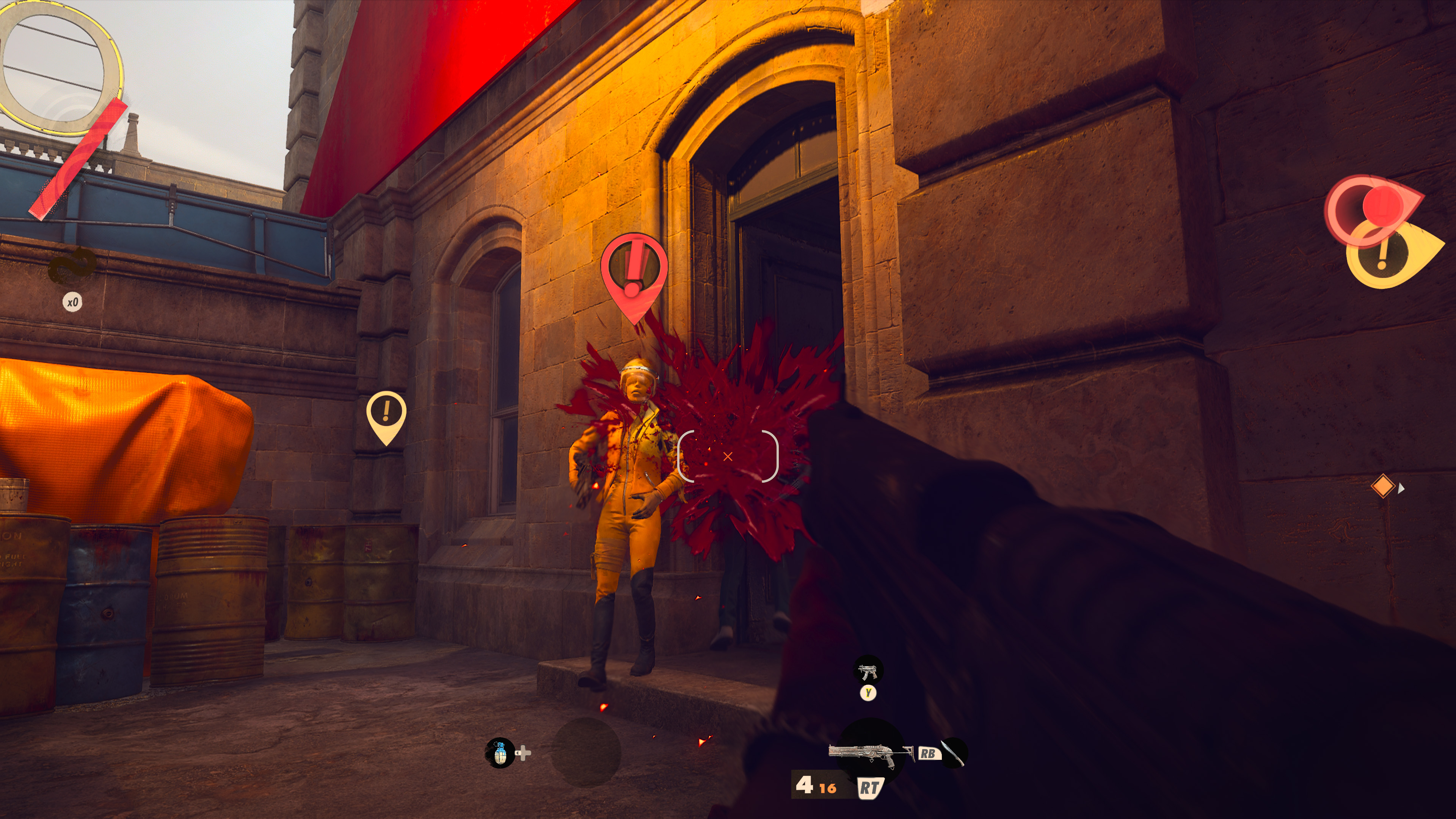 The premise is, without a doubt, a point of innovation in how to approach a game. We have a day that is divided into Morning, Noon, Afternoon and Night to finish off the eight Visionaries that control the Island, finish off Julianna and escape from this Infernal Loop of death.

However, let’s look at the game, or specifically Blackreef Island, as one huge puzzle. Each discovered district, key information, security codes, etc., will remain in our memory, and it will be with all this that we must find the perfect day to kill all the Visionaries to break the loop. This due to the repetition of the days or the constant deaths that we will experience. Every day on the island everything resets, but Colt retains every bit of knowledge he gained during his last raid.

Although the island is open practically from the beginning, it is up to us how to deal with the situation. However, the plot always indicates what the main goals are to progress through the story. Each Visionary has a routine during the day, that is, some will be in a specific District during a specific time and we must find out what it is to eliminate them one by one during the day.

Later, we will unlock skills that allow us to retain not only information, but also equipment, powers and Blocks (more on this later). This influences the way we approach each day in order to have the best team to finish the game.

The sum of all powers

At first we will feel helpless, and in fact, the first encounters with the Eternalists will be difficult, but as we advance in the plot, we discover that we will be more skilled when facing enemies. For this, we have several options such as the Devices that provide benefits and improvements, some permanent, and others inherent. They come in the form of double jump, instant revive up to a maximum of three times, and increased resistance and damage.

Regarding weapons, we will find weapons of all kinds such as homemade and known weapons. These have quality levels: Grey, which are the basic ones but get stuck in full combat; Turquoise which are better, Purple much better and have advantages; and the Golden ones that also come with unique abilities. Weapons with slots can be upgraded and the higher the quality, the more upgrade slots they will have.

The powers that we can use, we will get from the Visionaries or from Julianna herself. We have already seen these powers in other Arkane games such as Quiebro, which makes us jump from one place to another by way of teleportation. Karnesis, a kind of telekinesis that pushes enemies. There are other more interesting ones that it will be better to discover.

The game offers many possibilities for character builds, to address different situations. And that is what Deathloop has, which has many paths and forks when approaching each game.

the other side of the coin

Throughout each game, Julianna will try to stop us by invading the district we are in when she decides to do so. She will seal the exits and search for us together with a group of Eternalists. She can also use powers just like us and she is much deadlier than any common enemy. By defeating her, things will calm down and we will get one of her powers and blocks from her.

When playing offline, Julianna will be controlled by the CPU, but online play allows another player to control her and invade our game. It’s a unique twist on Arkane’s usual single-player approach, but not by much. We can unlock Julianna once we get through the game with Colt, however, while she has her own reasons and motivations, argumentatively she’s not as rich on her side of the story. The banter and back and forth between her and Colt are enjoyable, if somewhat limited as the game progresses. Her loadout and abilities are also unlocked by completing challenges, which generally focus on killing Colt, rather than using Residuum. 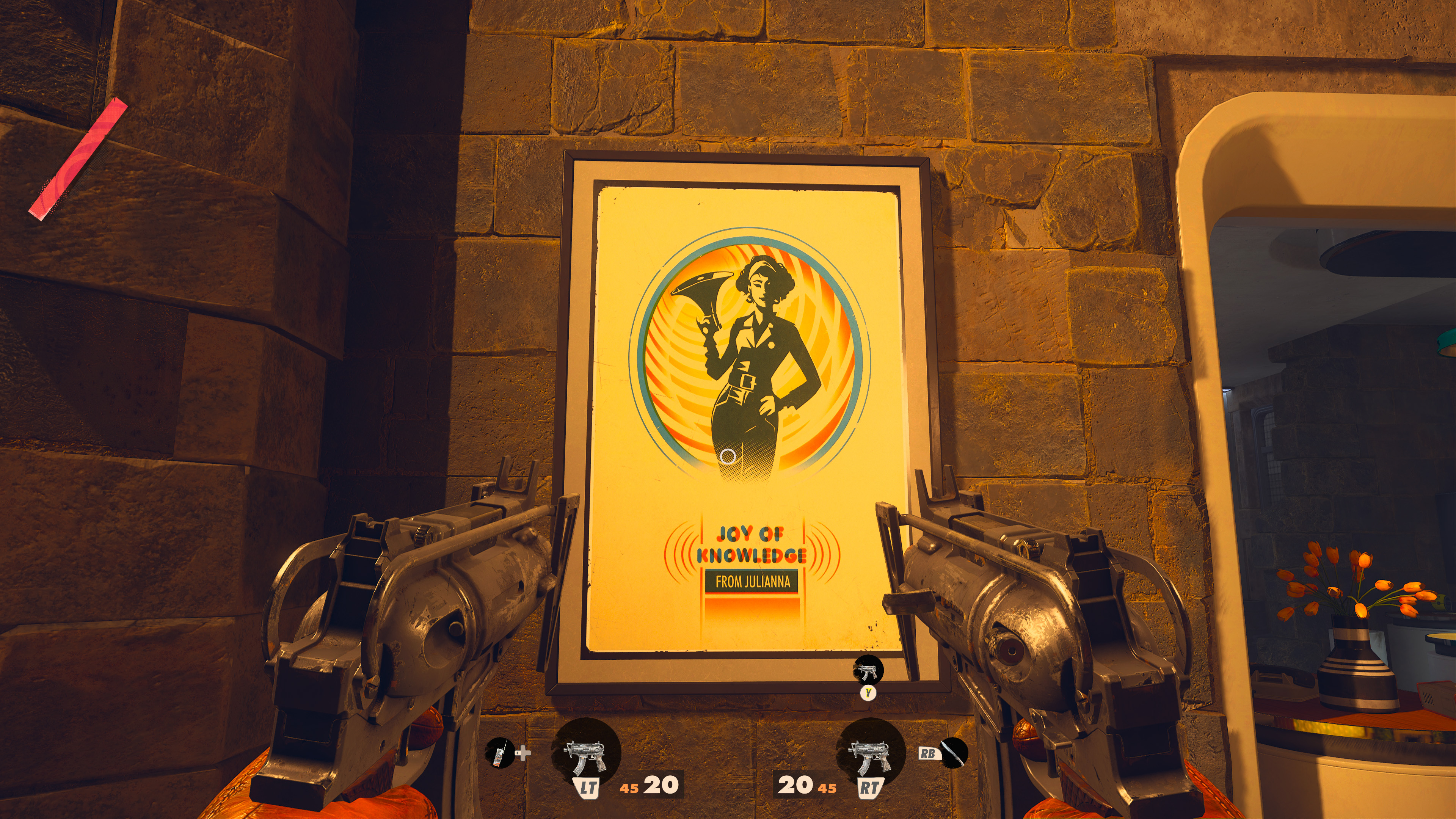 There is a new update called Goldenloop that provides updates to Masquerade and cross-platform matchmaking. New skills have also been added that are obtained by killing a new “boss”, which makes enemies intoxicated. If we upgrade it, it can make them go berserk and attack anyone nearby, including other Eternalists. Also, a new prototype weapon called HALPS, which launches lasers and can be fired at sensors and turrets to beam the laser at any nearby targets.

New golden attachments have also been added that merge two passive abilities into one, for example reducing the spread and recoil of shots, or increasing magazine size and rate of fire.

Deathloop is one of the best looking games from studio Arkane Lyon. In its original release, graphically it looks great, but now four available visual modes have been added: Performance that scales to 4K and prioritizes 60fps, Visual Quality that scales to 4K and prioritizes graphic fidelity, Ray Tracing that has high graphic fidelity and prioritizes ray tracing at 30fps and Ultra Performance which adjusts the resolution to 1080p at 120fps if the TV supports it. Particularly, I played in Ray Tracing Mode and Performance Mode, both had minimal differences, except for the behavior of the light and the game runs like silk, even in moments of graphical pressure.

Interestingly, the game looks pretty good on the Xbox Series X and it’s a large and scaled title. The character models are well detailed, especially Colt and Julianna. The setting of the game has a futuristic 1960s look, reminiscent of Art-Deco. Regarding loading times, they were reduced, something that did not happen in the original release.

The sound section is based a lot on what Jazz is, as well as tones very much in the style of spy movies typical of the time in which it is set. However, the voice performances of both Colt stand out, who is played by Juan Carlos Tinoco (official voice of Dwayne The Rock Johnson) and Jualianna, who is played by Liliana Barba. Both characters have uneven chemistry that makes them complement each other.

Deathloop is one of the best Arkane Lyon games. It has a strangely beautiful premise that works very well in terms of approaching the story and the game as such. It is a game that takes trial and error to a fun loop in which learning is a key part of its proposal. All this added to the great atmosphere of the futuristic 60s with touches of jazz in the music, makes it stand out above the rest.

Note: This review was done on the Xbox Series X version.