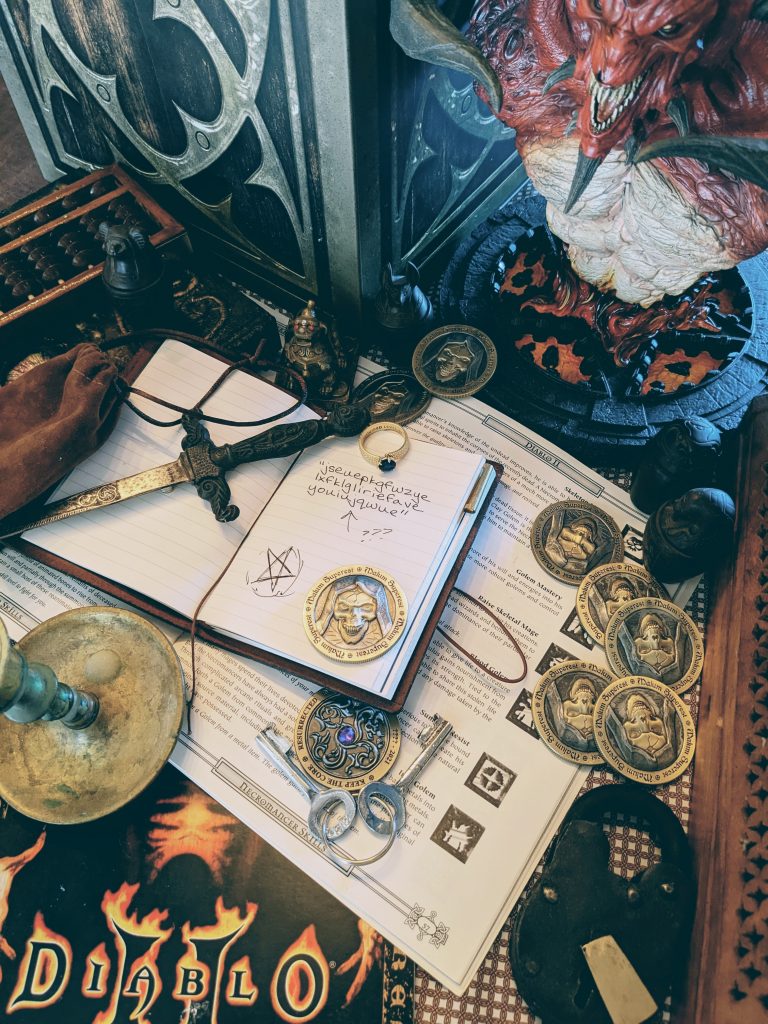 Patch 2.5 for Diablo 2: Resurrected was released on September 22nd and came with a mystery. After initial confusion, the community is apparently well on the way to solving the mystery.

What is this riddle? The patch notes for the latest update of Diablo 2: Resurrected not only explained the changes in patch 2.5, but also attached an image at the bottom.

This image was added with the following sentence and a link:

“We have the old one Diablo II manual scrolled through and found this confusing entry… I wonder what that means?” Here’s the picture:

There are a lot of things in the picture – from the “inscription” in the form of a code, to coins, to keys, a statuette, a dagger and a lot more.

The hidden object gave the community a question mark as to what to do with it. But apparently the key to finding the solution to the riddle has already been cracked.

YouTuber explains what the mystery could be about

Is this the solution? Only a few hours after the release of the patch notes, Diablo fans came up with solutions, one of which looks very promising.

YouTuber and Diablo expert MacroBioBoi explains the procedure in his video:

See also  Valkyrie Elysium: The release is already in September 2022

Knowing this, the YouTuber navigates to the chat gem. This is actually a mostly useless, clickable, purple gemstone icon that gives you either the message “Gem activated” or “Gem deactivated” depending on the click.

But if you just click on it often enough, you get a seemingly random nine-digit sequence of orange numbers at a random point in time.

But the numbers couldn’t be random, says MacroBioBoi. Now the idea came up that these numbers are pointers to places in the instructions. It was concluded:

In this way you get a word for each sequence of numbers at the end. And these, in turn, will – presumably – result in a suitable overall context.

What comes out? That’s not quite sure yet. The YouTuber combs through the image with editing software and finds numbers, dates on the coins, numbers on the keys – according to the motto “what does it do Alles mean” you have to include all of that.

MacroBioBoi says: Based on the rest of the clues in the picture, 666 messages could come out telling the story of Diablo 2 Resurrected – or some other exciting piece of lore.

He’s guessing “a cool easter egg to hype people up for Season 2”. The next ladder doesn’t start until October 6th.

The YouTuber and the community are currently collecting more and more of the numbers in order to assign words to them and finally get a text out of them. So it is – presumably – only a matter of time before the complete mystery is solved.

Reaching the max level in games like Diablo is also usually a matter of time. But in Diablo 2 Resurrect, a player did it in just 8 days.