Frustration with the new web app – SBC cannot be sent 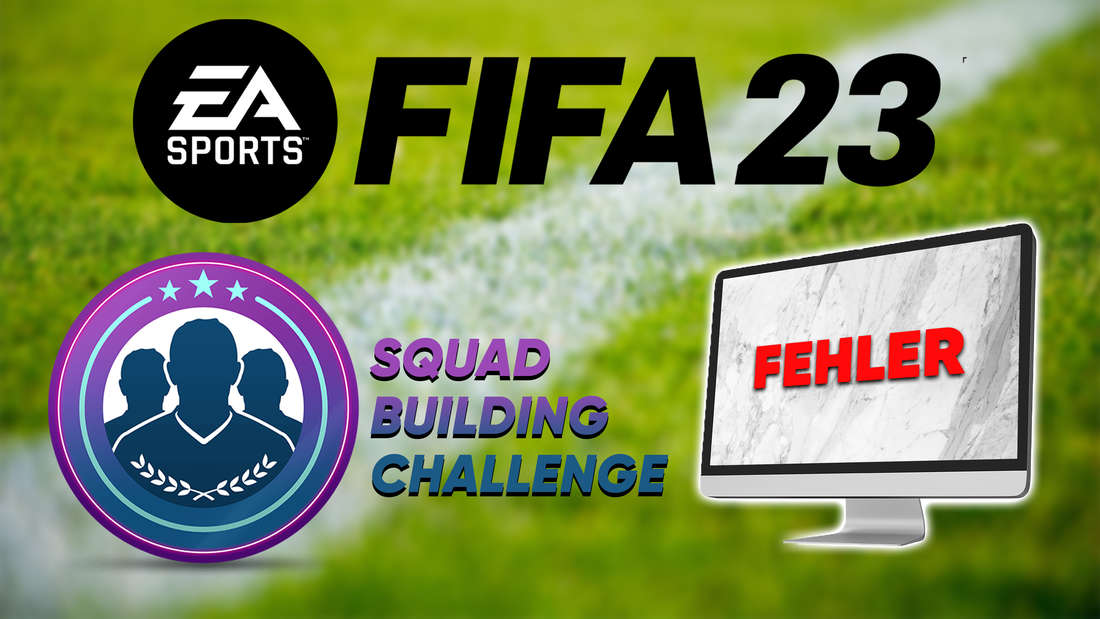 With the web app, players can solve SBCs and swap icons before the release of FIFA 23. But a number of bugs are currently causing frustration.

Vancouver – The SBCs in FIFA 23 are currently probably the biggest excitement of the young game. At the moment, players only have access to the latest FIFA part of EA through the web app and can already trade their first coins and solve SBCs there. But there are a lot of problems with the SBCs in particular. This is exactly why these topics are also trending on Twitter and reddit. We’ll tell you where there are currently problems and what EA has said so far.

There are these problems: The list of problems surrounding the SBCs is long. A big problem is the error message “Challenge could not be sent“. This mainly affects the SBC “England-Germany”. According to EA, you need 26 chemical points there. However, these points are not enough to complete the SBC. You need 30 chemistry points instead. So if you’re stuck here, it’s probably because of the chemistry points.

Other SBCs are currently not solvable at all. In the Hybrid Nations SBC, for example, each player should have exactly 2 chemistry points, while the entire team needs 24 chemistry points. This is mathematically impossible.

In general, there is an issue with the chemistry system, which makes it much harder to complete some SBCs. It is generally more difficult to solve the SBCs in FIFA 23, which causes a lot of resentment in the community.

Another big problem is the rewards of the SBCs. Namely, the players you can get there are untradeable. This means that a good method for quickly trading coins is gone. So SBCs are only worthwhile if you really need the players as a reward for your team. Otherwise, SBCs only cost coins and the yield is small. More details are also available here: FIFA 23: Fan frustration about unexchangeable SBCs and problems in the web app – “bottomless”

FIFA 23: Frustration among fans – EA is silent on the problems

How does EA react to the SBC chaos? So far not at all. The developers have only commented on issues in the web app that they intend to fix. The chaos with the SBCs remains for the time being. It may change for the official release of FIFA 23.

Until then, we will probably continue to struggle with the current SBCs. It remains to be seen whether the rewards from the SBCs will generally be exchangeable at some point, otherwise the SBCs will lose massive value. If you ever need help solving the SBCs, have a look here: FIFA 23: SBC Walkthroughs – Get All Rewards Easily