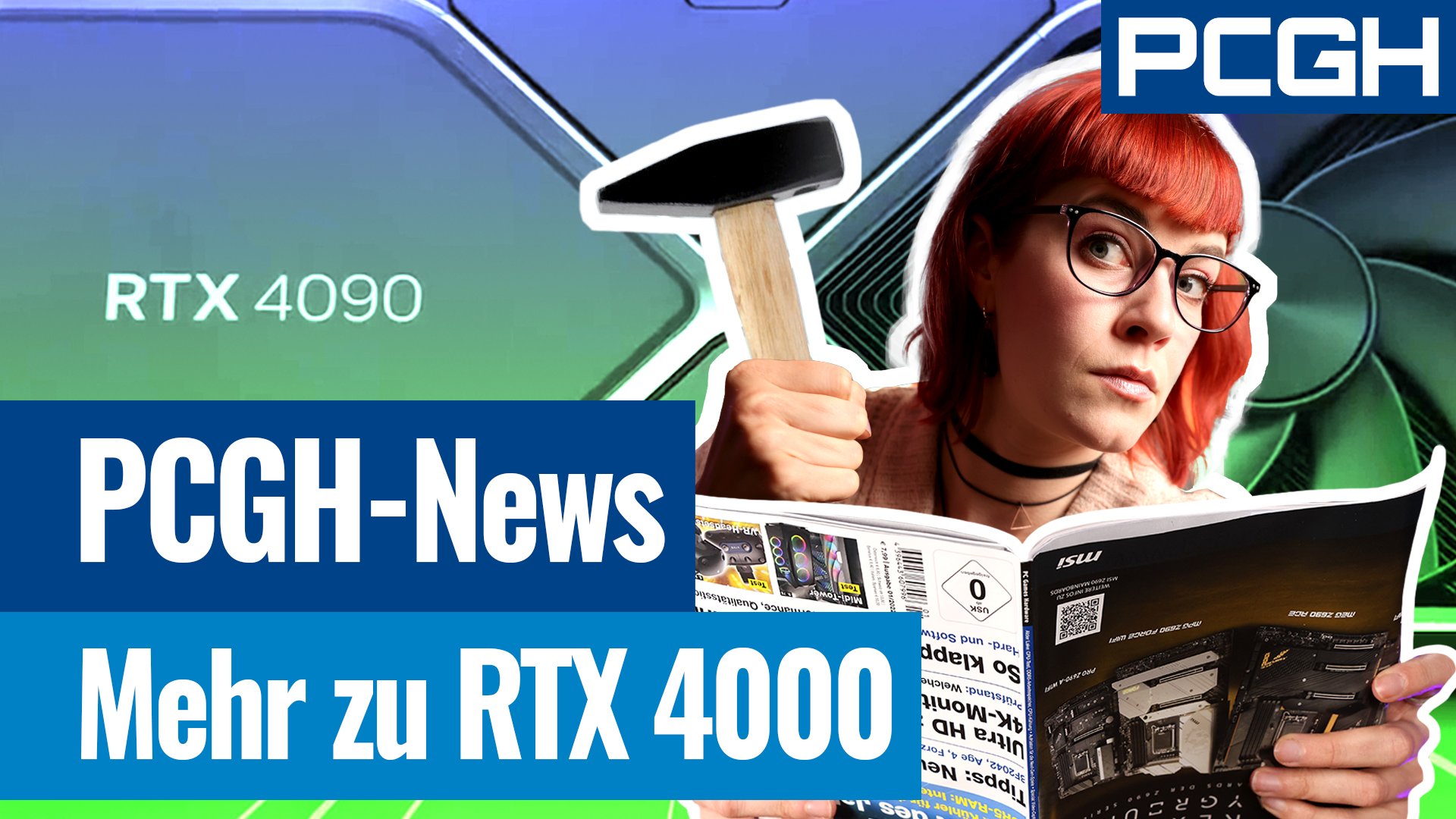 With the first announced RTX 4000 graphics cards, Nvidia of course promises significantly more performance. With the jump in performance comes a jump in price: The Geforce RTX 4090, 1,949 euros, and the two variants of the Geforce RTX 4080, 1,099 and 1,469 euros respectively, will be significantly more expensive than their predecessors in this country. This also leads to criticism from self-proclaimed fans. The announcement on Tuesday was heavily discussed under our video. More than 850 comments can be found there so far, which exceeds our normal background noise under videos many times over!

A rogue if you think badly about it: AMD quickly stole the show from Nvidia shortly before the start of the broadcast of the Nvidia keynote with the RTX 4000 presentation and publicly announced when the competing products of the RDNA 3 architecture would be presented. At AMD, the party is supposed to start on November 3rd. AMD Radeon Senior Vice President and General Manager Scott Herkelman announced: via Twitter on. The RDNA 3 graphics cards with the first three well-known Navi chips, which are manufactured with TSMC’s 5 nm process technology, climb almost directly into the ring with Nvidia’s Ada cards from the Geforce RTX 4000 series. The Radeon RX 7900 XT, which is said to be equipped with 24 GiB GDDR6 memory, will probably be the flagship with a built-in Navi 31 in a multi-chip design. In contrast to the RDNA 2 predecessor chips, AMD promises 50 percent more performance per watt, although it should be noted that Navi 21 was still manufactured monolithically compared to Navi 31. The flagship Radeon RX 7900 XT is expected to ship with three 8-pin PCI-E power connectors, while power consumption is expected to range from 350W to 375W on the Radeon RX 7900 XT reference design and custom RX 7900 XT designs from 375 to 450 W. Just yesterday, AMD reported that RDNA and Radeon graphics could establish themselves as front runners in terms of efficiency.

One of the most asked questions when Nvidia launched the Geforce RTX 4000 was whether DLSS 3 also runs on Geforce RTX 3000 (Ampere) and RTX 2000 (Turing). The answer to that is no, but according to Nvidia’s Bryan Catanzaro, it’s theoretically possible. Theoretically – whether Nvidia will ever bring DLSS 3 to the RTX 30 (Ampere), RTX 20 (Turing) or even older cards is uncertain. According to Catanzaro, DLSS 3 does not offer any major advantages for owners of older Geforce graphics cards. Background are the tensor cores in Ada Lovelace and the Optical Flow Accelerator. Both already exist on Turing cards, but with Lovelace they have been improved immensely, according to Nvidia. At the moment, the main stipulations are the higher throughput values ​​and performance factors that the units are now supposed to achieve. This probably means a performance penalty for DLSS 3 on older cards.

GPU details, overclocking, board design: What was lost in the RTX 4000 announcement

After the announcement of the RTX 4090 and RTX 4080, there are some important pieces of information that we want to pass on at this point. Among other things, it is about the prices, statements about overclocking, the circuit board design and the benchmarks supplied by Nvidia. Not from Nvidia itself, but from board partner PNY there are still some details about Ada GPUs, although a workstation Ada is described here. Nvidia still names the 76.3 billion transistors itself, the die size is given as 608.4 mm². In the maximum configuration, the AD102 then has 144 SM with around 18,400 FP32 ALUs, 576 TMUs, 144 RT cores and 576 Tensor cores. So you can see what is still possible compared to the RTX 4090 with 128 SMs.