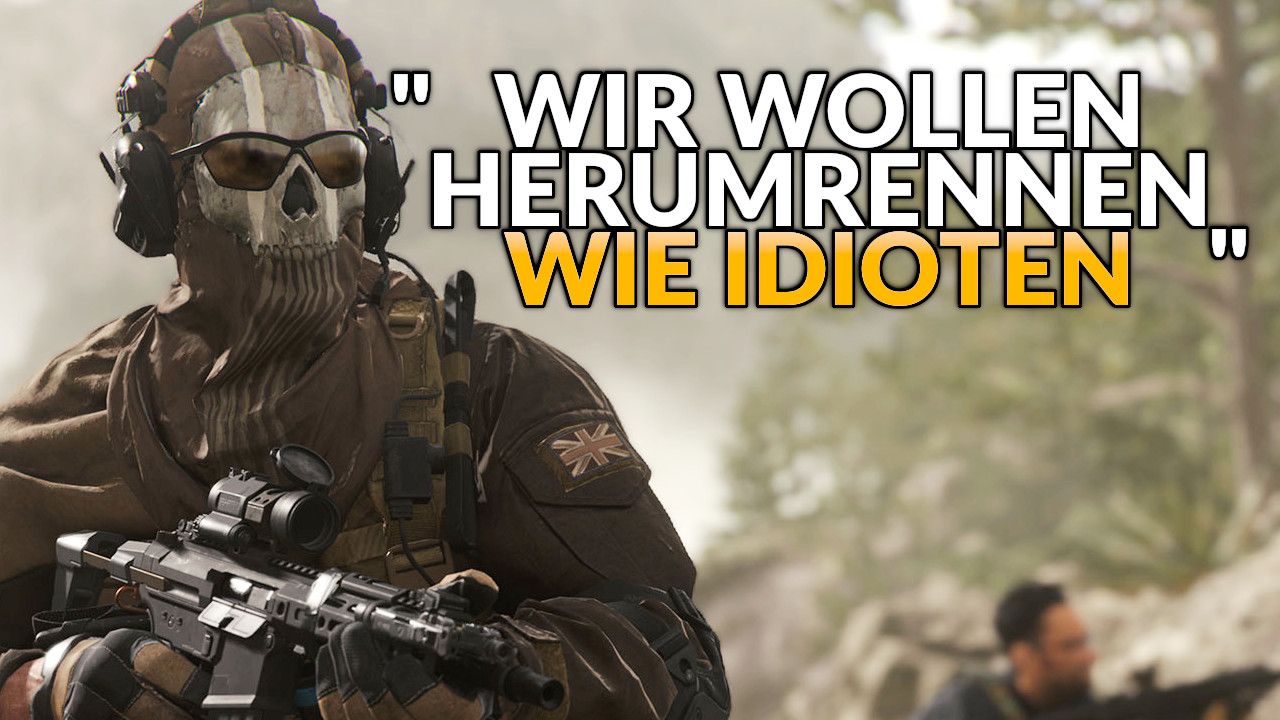 Call of Duty: Modern Warfare 2 is forcing players to forget their learned techniques and reorient themselves. Because the new shooter plays a little differently than its predecessor. Now they try their hand at bunny hopping and fail miserably. MeinMMO editor Benedict Grothaus is delighted.

What is this trick? Bunny hopping and penalty jumping are ancient. The tricks were made popular by old-school shooters like Quake, Unreal Tournament, and Half Life. The idea is: you get faster than originally planned and then keep jumping.

You don’t lose any speed by jumping and you can – depending on the game – choose a new direction in the air and make hooks. Hence the “bunny” in bunny hopping.

The techniques were popular among early generation gamers, especially in tournaments, to gain an advantage. This form is rarely possible in modern shooters, but some still support bunny hopping and penalty jumping.

Bunny hopping is still possible in Valorant and penalty jumping techniques give you a boost in Apex Legends. In Modern Warfare 2, players are now trying to do the same.

Check out the trailer for the Modern Warfare 2 beta here:

Why is everyone trying to do this in Modern Warfare 2? Call of Duty: Modern Warfare 2 Beta is currently running on PlayStation, Xbox and PC. In this, however, players will notice some differences to the CoD parts that they otherwise know.

One of the biggest: the “slide cancelling” is missing, a technique in which a slide is ended by a jump and thus high mobility is generated. It’s harder to target that way. In Modern Warfare 2, that doesn’t work quite as well.

In order to still somehow have a vertical advantage, the players now bounce around the maps as if they had sucked a bottle of gummy bear juice on Ex. Some even dive around corners, only to throw themselves horizontally to the ground with an expert flat-bottomed dive.

That hurts? Certainly the soldier. Does it work? Not really. And it’s got some longtime Call of Duty fans complaining and whining loudly right now. I can only laugh about it.

This is what the community says: There are currently several threads on reddit in which fans vent their anger. They curse that slide canceling was removed and that Modern Warfare 2 relies more on tactics instead.

The game requires you to just constantly hang around corners with your gun on, lie in the corner, or dishonorably camp aiming at entrances hoping someone will show up:

That bothers some. One should kindly not pretend to hyperrealism, the players do not pretend to be war veterans. It’s just not Call of Duty anymore, some say in their comments. “You just want to run around like idiots and not play tactically,” quotes a user in the title his thread and writes:

Damn it, that’s exactly what I want. That’s what CoD has been for 13 years. An online daycare, as they used to call it. Do you think the kids tactically aim for every corner? Sit up for 3 minutes and think they are war veterans? no […] Folks at Infinity Ward. I respect your desire to change things in CoD. But don’t try to create a damn new IP along the way.

Is it really so bad? Dissenting voices explain that Modern Warfare 2 is not one of the World War parts or the Black Ops series, like the last parts Vanguard and Cold War. Modern Warfare has always been more realistic.

One user explains: “The folks at Treyarch (Black Ops) and Infinity Ward (Modern Warfare) cater to two very different playstyles. Modern Warfare 2, even with all the changes, isn’t far off from what Modern Warfare 2019 was.”

The proponents concede that the games might be better off as a CoD franchise, among other things, but they don’t demonize the decisions as absolutely bad.

Modern Warfare 2 beta is well received, but some things are bothering players: “This is like 2019”

In case you’re wondering if bunny hopping will work in the new CoD… no. Not for those who try, at least. And my tip to everyone is: don’t even try it, but take advantage of the fact that everyone is getting desperate.

In no other CoD have I had so many people right in front of the barrel who jumped around a corner as if being pursued, only to eat a one-shot kill from me completely out of reflex. For me it’s excellent, I haven’t had a round with a negative K/D no matter how bad I was.

Jumping makes you less mobile and hinders you, making you easier targets. Use it only when you have to. Not as a weird trick where you then complain about more tactical players blowing your lights out.

I play CoD all the time and the Modern Warfare parts have always been my favorites in the series. The new Modern Warfare 2 lives up to its name better than most of the MW parts I can remember vividly enough.

The matches really feel like “modern warfare” in which I don’t just slither around the corner and coolly switch off the lights of 3 people with one hand and then jump up like a young god and keep sprinting.

I enjoy this discussion and I hope it stays that way. My stats are happy.

If you want to improve, don’t jump around like Super Mario. Better take a look at the 10 settings that will make you better in Modern Warfare 2 – fresh from CoD expert Maik Schneider.