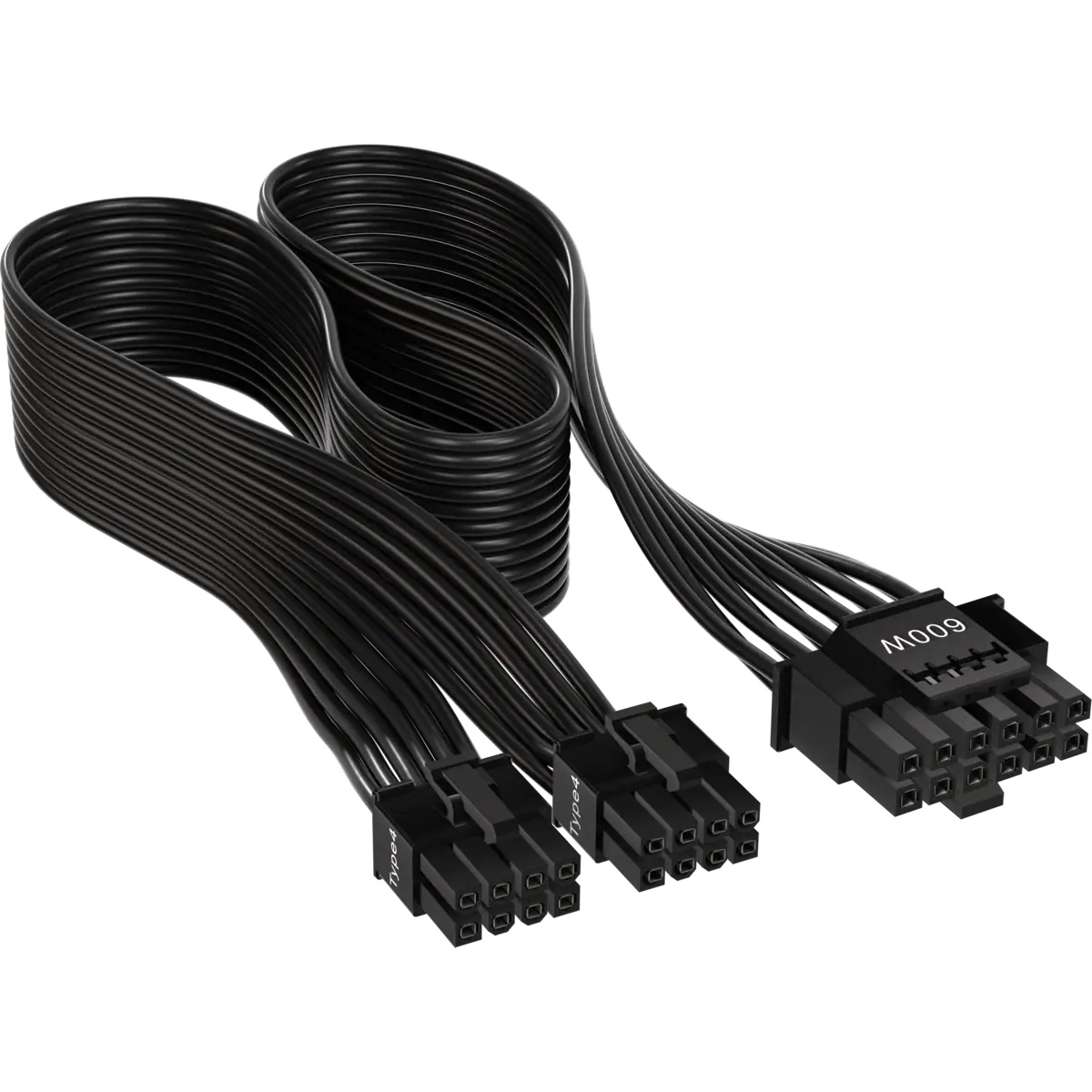 09/24/2022 at 11:45 am
from Maximilian Hohm –
Corsair offers its own adapter cable for previous power supplies so that they can also supply the latest graphics cards with power without any problems. While the manufacturer lists all current power supply models as fully compatible, the power supplies have to deliver high performance in order to be able to provide the full 600 watts via the 12VHPWR. Read more about this below.

The 12VHPWR connector, which is also part of the ATX 3.0 specification, has been around since the Geforce RTX 3090 Ti. So far, power supplies for ATX 3.0 have been announced, but there are no purchasable models yet. Up to 600 watts can be sent via the new connection, which, according to the specification, clearly beats an eight-pin socket approved for 150 watts. So that not all users with older power supplies have to buy new models, the manufacturers include adapter cables with the graphics cards, which typically form a 12VHPWR connection from at least three eight-pin sockets.

There are currently debates about these adapters, since the graphics card manufacturer Zotac has only designed them for 30 plugging and unplugging. Nvidia itself only specifies 40 such processes for its own adapters, whose structural integrity no longer seems to be given afterwards. But after this less positive news, which will probably trigger a new power supply purchase for some enthusiasts, Corsair has announced that its previous range is already fully compatible with the new Nvidia RTX-4000 cards and no new power supplies have to be bought.

Thanks to the built-in quality components and high reliability, the manufacturer has no doubt that its own products support the higher performance requirements of the new graphics cards, even without already having ATX 3.0 certification. According to Corsair, it doesn’t matter whether it’s an already heavily used RM1000 or a new HX1500i.

The manufacturer has the appropriate adapter on the own website already listed and it should be available by the end of the month. The adapter is compatible with all Type 4 power supplies, which again in one list can be checked. However, in order to be able to send the full 600 watts through the new 12VHPWR, Corsair requires a power supply with 1,200 watts or more. Models with 1,000 watts are allowed to deliver 450 watts and for 300 watts via the new connection a model with at least 750 watts is required.