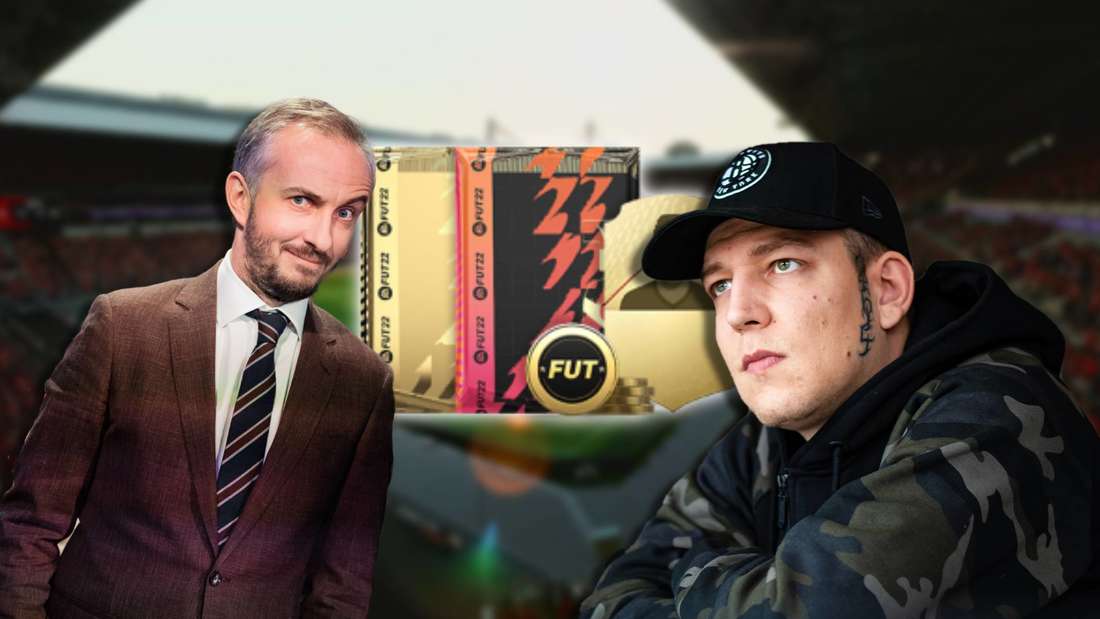 Jan Böhmermann harshly criticized in-game purchases in the ZDF Magazin Royale. Now MontanaBlack reacts. The fault lies with the state, according to the streamer.

Buxtehude – In the ZDF Magazin Royale, relevant topics are regularly viewed particularly critically, this time it was microtransactions in games. It’s no secret that so-called in-game purchases on Twitch happen in front of the camera. That’s why some streamers were targeted by Jan Böhmermann and his team. But MontanaBlack rejected the criticism directly, because the Twitch star sees the main culprit elsewhere.

This was the topic of the show: In the September 16 edition of ZDF Magazin Royale, Jan Böhmermann criticized microtransactions in video games, with FIFA in particular being examined more closely. In the course of this, well-known streamers also caught the eye of the satirist. During the show, for example, Jan Böhmermann parodied the Twitch star MontanaBlack and played his reaction videos. The show was particularly about insufficient age restrictions for in-game purchases and the fact that streamers tempted their fans to make such purchases and ultimately ruined them.

MontanaBlack says: During a live stream, MontanaBlack commented on the issues along with fellow streamer Trymacs. For the twitch star from Buxtehude it is clear in-game purchases “One can definitely criticize”. However, he sees no specific problem in continuing to produce this type of content for his fans.

That’s basically not far from gambling. But it’s content for us and we’re just hoping that people realize we have more money.

MontanaBlack is aware that there are people who put a lot of money into such microtransactions, but the Twitch star does not see the fault in the streamers, but rather in German law. “I would flame 1 percent EA, 4 percent us, and 95 percent Father State”. Because MontanaBlack and Trymacs agree that as long as in-game purchases are not banned in Germany, nothing will change in the current situation.

Here MontanaBlack sees the problem: Germany has far too lax gambling laws for MontanaBlack. “In a country where lottery games are commonplace […]. Where there is an arcade on every third corner, so I think Fifa packs are not banned in Germany.”. Despite being a role model, MontanaBlack believes that streamers are not responsible for their followers’ decisions: “In the end everyone is responsible for themselves”.

MontanaBlack sees danger behind in-game purchases – This is his suggestion

This is MontanaBlack’s suggestion: Since Fifa was presented in the ZDF Magazin Royale as a negative example of microtransactions, MontanaBlack also refers to the popular football simulator in its proposal. “More blatant verification with an ID card, FSK 18 would be a step in the right direction. I think there is definitely a difference if a 13 or 14 year old has access to a Fifa account.”. Because Fifa is currently not subject to any age restrictions and is therefore easily available for all age groups.

Although the streaming scene on ZDF Magazin Royale doesn’t do particularly well, MontanaBlack doesn’t hold a grudge against Jan Böhmermann. The Twitch star even says that if you met in person, you would definitely shake hands. But the streamer didn’t completely trust the magazine “The first person to watch the video was my lawyer. […] You never know”. Most recently, MontanaBlack received criticism from Oliver Pocher for its former casino advertising.