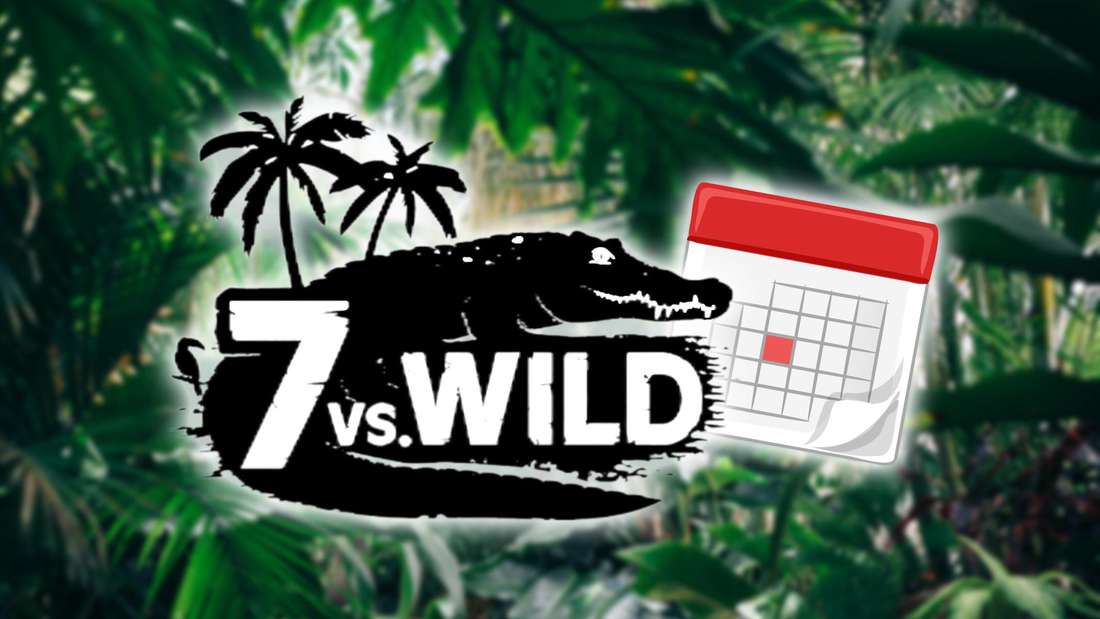 The production of 7 vs Wild is complete. So fans are now wondering when the first episode of the second season will finally be released.

Update from 09/17/2022, 12:00 p.m.: In the meantime, the participants in the survival show have returned home and can now recover from their hardships in the jungle. The candidates from 7 vs. Wild also gave the first signs of life. The official 7 vs. Wild Instagram account and Fritz Meinecke have now also announced that the first episode of the second season will definitely be released in November 2022.

Even if no specific date has been mentioned yet, the exact month has finally been set. Because there was speculation in advance whether 7 vs. Wild might even appear in December. So the news about the start of the broadcast of 7 vs. Wild season 2 should please the fans.

Original report from September 13, 2022: Hamburg – At this moment, the participants of the second season of 7 vs. Wild are fighting for survival in the jungle. The candidates arrived on a tropical island last week and thus initiated the start of filming. However, viewers will only find out how the participants are doing when the new episodes are published. We tell you everything about the start of the broadcast of 7 vs. Wild Season 2.

7 vs. Wild: Start of Season 2 – Fritz Meinecke limited the period

When does 7 vs. Wild season 2 start? The shooting of the second season of 7 vs. Wild is already in full swing and Knossi and Co. are currently in the middle of the survival experiment. Of course, fans can’t wait to hear how their favorite contestants are doing. However, you have to be patient until the new episodes are broadcast. Although there is no officially confirmed date when we can expect the first episode of the second season, there were a few hints in advance.

The creator of the survival show, Fritz Meinecke, has already commented personally on the start of the broadcast of 7 vs. Wild Season 2, but remained rather vague with his statements. However, he announced that the new episodes can be expected to be broadcast in November and December of this year.

If the exact date is published, we will inform you here immediately.

Same time slot as Season 1: The episodes of the first season of 7 vs. Wild were also broadcast between November and December 2021 Fritz Meinecke’s YouTube channel aired. The first episode was uploaded on Saturday 6th November 2021. So it’s not too much of a surprise that the same timeframe is being targeted for the release of the second season.

7 vs. Wild: Season 2 start – That’s how likely it is to start in November

Filming already started: Already on September 4th the participants made their way to Panama. Because according to a leak, the location of the second season of 7 vs. Wild is there. It can therefore be assumed that the survival show will be over for the participants in the next few days. After that, it’s full throttle for the production team, because assuming an early November broadcast, the team would only have a month and a half to produce the episodes. Even before the shooting with the participants, the organizational team of 7 vs. Wild had a dramatic accident.

But in the first season of 7 vs. Wild, this period was enough for the team, because in 2021 the participants were abandoned in the forest of Sweden at the end of August. This would leave the current production team only about two weeks short after filming was completed. But of course there can also be unexpected problems and delays in production and up to now there has not been an exact date from the official side. The only thing that is certain is that we should be able to see the first episode of 7 vs. Wild later this year.