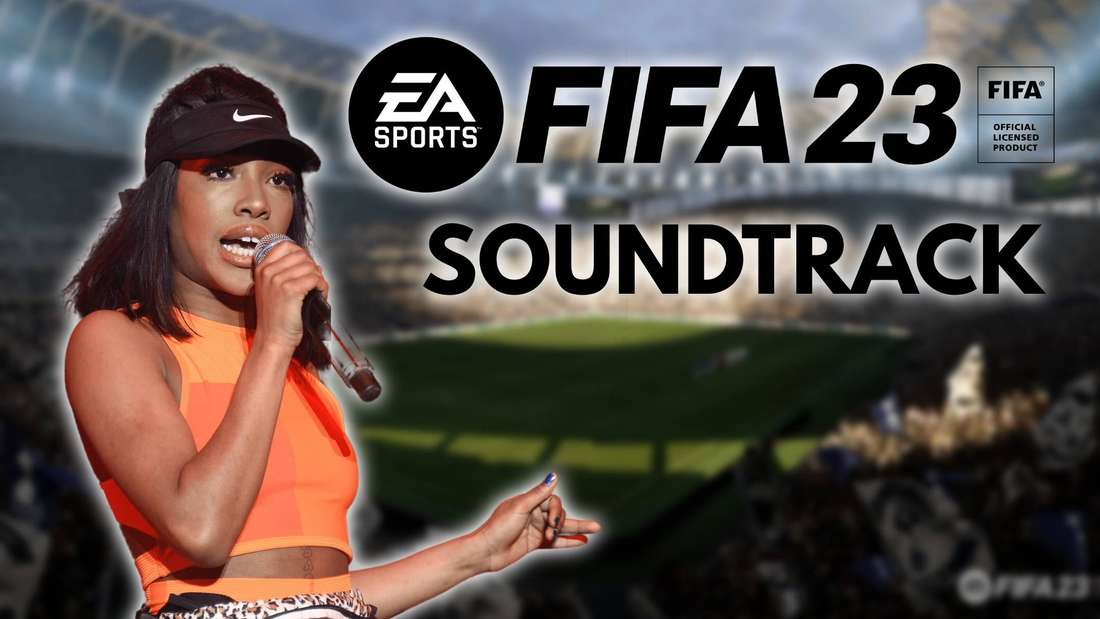 The soundtrack to FIFA 23 has been announced and the football simulation has a lot to offer musically. The German rapper Eunique is also in the playlist.

Hamburg – FIFA 23 fans will soon be able to throw themselves onto the field and engage in exciting matches. However, we still have to wait a good week for the official release. But EA released the soundtrack of the latest FIFA part in advance, so the waiting time can at least be bridged with good music on your ears. This year even a German rapper made it into the playlist with a song. You can look forward to that.

FIFA 23: German rapper in the soundtrack – This is the playlist for the game

This is the playlist: EA put together an official FIFA 23 playlist on Spotify. This is filled with 95 songs just waiting for you to hear them. The soundtrack manages to break down genre boundaries and unite a wide variety of artists from all over the world. Here you can FIFA 23 Soundtrack on Spotify listen

“We want the music to celebrate the importance of our global football community and we’re thrilled to partner with this incredible group of artists to deliver the songs and anthems for the largest FIFA yet.”

Eunique at FIFA 23: A special highlight in the soundtrack of FIFA 23 is probably Eunique, because the German rapper also made it into the EA playlist and is the successor to badmómzjay and other well-known names such as Kraftklub and Marteria. In her recently released song “Man Nennt Mich”, the artist also sings about the fact that no one at FIFA is going to pull her away anytime soon “Baby different league, now play online against me FIFA”.

This is Eunique: Eunique Cudjo Berkeley is a German rapper and was born in Hamburg. The then 19-year-old started her music career back in 2015, and since then she has been an integral part of German rap culture and even reached number 7 in the German charts with her debut album “Gift”.

These stars are also there: Of course, Eunique isn’t the only artist who’ll get you fired up in FIFA 23. Some world stars will also hit you with their songs. You can expect songs by Gorillaz, Stromae or Bakermat, among others. So it’s definitely worth checking out the FIFA 23 playlist. If you are still not sure whether it is worth buying the game, you can try FIFA 23 for only 99 cents.

The FIFA 23 web app is also available for download, but some players had difficulties logging in.