The Trial of the Champion of WoW WotLK Classic is almost another edition of the Violet Hold in Dalaran, because you only fight in one room. For this you have to fight with vehicle like in the Oculus make friends, because you will complete some confrontations on horseback. PdC will only open with the third phase of WoW WotLK Classic – if you don’t know the dungeon yet, we’ll tell you what to expect in our refreshed guide from Wrath’s times below.

You enter the Champion’s Trial instance through the northern entrance of the Argent Coliseum in Icecrown. There isn’t much room for standard enemies or sophisticated boss tactics in this arena. Instead, after each fight, simply speak to the match organizer, Jaeren Sunsworn, to have him call the next baddies into the arena. However, you will not face the same opponents in every run. For example, in the second Skirmish, you either beat up Priestess Blondelocke or Paladin Eadric – you won’t encounter both at the same time. The difficulty levels of the normal and heroic editions of the Trial of the Champion are based on level 80 instances such as the halls of stone. But you don’t need a special group composition. With a tank, a healer, and three players doing decent damage, you’re well equipped. Speaking of armor, you can loot epic level 200 and 219 items in the instance.

If you are not yet sure which main class you want to play for WoW: Dragonflight, you should not do so during the current test phases (column).

In our special, we examine the current work-life balance in WoW and how time and difficulty affect your happiness

At the beginning of the encounter you have to prove your saddle strength. As with the daily Argentum quests, you face off against NPC opponents who want to push you off horseback. The animals are ready against the wall, there are lances in the weapon racks next to them. If you’ve grabbed a horse and set up a protective shield with “Defend”, talk to the organizer.

Now three out of five possible champion groups enter the arena – each consisting of a grand champion of one of the five peoples of the opposing faction and three minions. The henchmen fight in groups of three and can be quickly cleared out of the way. When the teams are defeated, the grand champions join the fight together.

Always keep your shield up and use Shield Breaker to shatter those of champions. Then attack the opponent. If you lose your Klepper, you can quickly get a new one. The three champions should go down as quickly as possible, otherwise they too will get a new horse and get back into the fight.

Once the bosses have been knocked down, you automatically dismount from your horse and fight again – this time using your own skills. The champions also use the abilities of their respective classes: warrior, shaman, hunter or mage. Don’t let that bother you and kill them one by one.

See also  FIFA 22: Next Generation is Broken - When will you get your gift cards?

Before you tackle the godmother, you clear three groups of opponents out of the way. These can be raised and tanked individually, so you don’t have to trim all minions at the same time. The priests and paladins do little damage, but you should attack the lightwells. Otherwise, the enemies will be constantly healed. As soon as the henchmen are eliminated, it’s time for Blondelocke’s collar. The godmother attacks with holy magic, but doesn’t take much. Before surrendering, she casts a shield on herself and summons a memory. Blondelocke cannot be attacked while this memory is active, but will continue to afflict your tank. 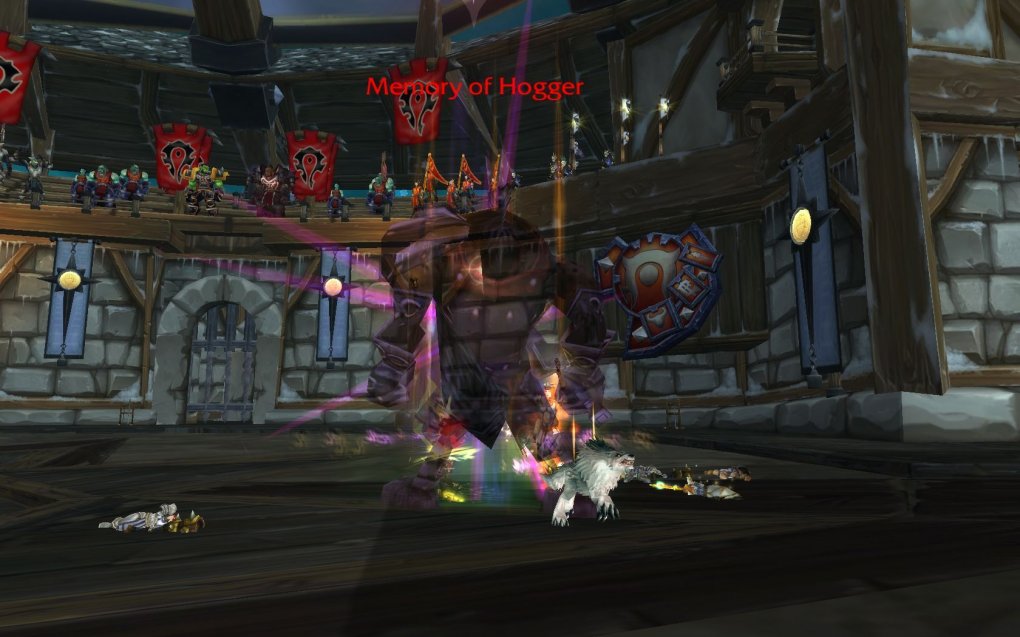 Blondlocke calls all sorts of memories to her side.


As a reminder, some well-known NPCs from across Azeroth remain, including Chromaggus from Blackwing Lair or even Algalon from Ulduar. However, the memories only have a few special abilities and are not really a challenge – Hogger, for example, only lets you flee in fear at regular intervals. Once you’ve dismantled the memory, turn your attention back to the vulnerable godmother and force her to surrender so you can loot the loot box.

Eadric is also accompanied by easy-to-do helpers. Clear the minions out of the way and then devote yourself to the paladin. Allow the tank to build up enough threat before casting the most powerful attacks. Because Eadric occasionally conjures up his “Hammer of Justice” and can use it to put your whipping boy out of action for a short time. As soon as the Paladin casts Radiance, you should turn away from him to avoid taking damage. If Eadric casts the “Hammer of the Righteous” on you when you are not stunned, you can catch the flail and throw it back.

See also  Minecraft prohibits the use of NFTs

The Black Knight is a real stand-up man that you have to knock down a total of three times; If possible, save trinkets or potions until the third phase. In the first fight, the knight is helped by a ghoul, which is quickly dealt with. The boss himself isn’t a problem either and is quickly defeated using the classic tank & spank scheme – at least that’s what it seems. As soon as he bites the dust, gather at the tank. Because the knight gets up again as a bony fellow and immediately casts “Army of the Dead”. If you stand near your tank, it will be easier for it to intercept the countless ghouls. First eliminate the undead helpers and then the knight. 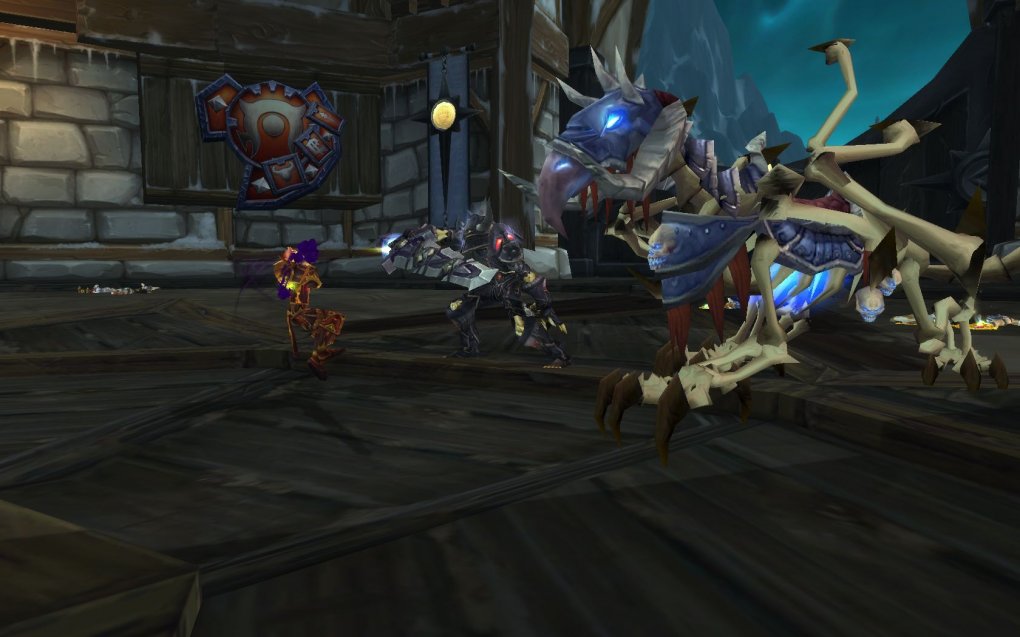 The Black Knight mocks you and turns out to be a roly-poly.


Now he is revived again, this time as a ghost. Start your strongest attacks now, because you have to defeat the Black Knight as quickly as possible. He periodically smacks the entire party with the Death’s Bite debuff, which increases magic damage taken. If the effect is stacked too many times, your healer will run out of breath.