Wrath of the Fashion King! – The coolest outfits from WoW: WotLK Classic 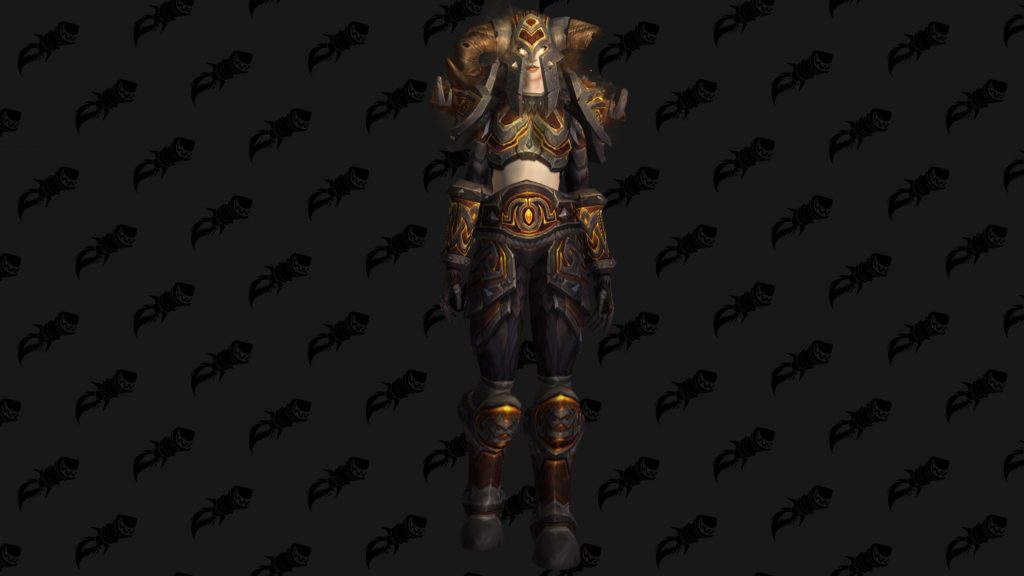 Many World of Warcraft players love to collect cool outfits for their heroes. So that you can stock up well in Wrath of the Lich King Classic, you will find special sets here.

What’s up with the sets? Many WoW players love it when their characters look great too. Outfits that create a cool look are therefore in demand. And even if the popular transmog feature is not (yet) included in WotLK Classic, outfits with a special look are in great demand among the heroes of Horde and Alliance.

You should get these outfits

With the launch of World of Warcraft: Wrath of the Lich King, there are a number of clothes you should grab if you’re on a style crusade. In the following paragraphs you will find outfits that are just too cool in their respective class not to farm. (The armor images are from the site’s model viewer WoWHead)

Want to read all about Wrath of the Lich King? Then look at the big collection page!

What’s the name of the set? You want to portray a powerful, imposing warrior? Then get the “Battlegear of the Ymirjar Lord”!

what makes it so cool Whoever plays warriors likes thick armor and powerful guys and gals who wear it. So that you can stage your tough warriors well, you need armor that optimally captures the elemental force of a fighter. And that’s where this powerful set comes into play. Above all, the mighty helmet and the massive shoulders are remarkable.

Where can I find it? You can drop this set in the 25-person version of the final raid in Icecrown Citadel in the fight against Arthas.

What’s the name of the set? This chic set is called “Rob of the Kirin Tor” and represents the regalia of a mage of this illustrious order.

what makes it so cool As a mage, you want to impress and intimidate your enemies with your arcane power and mythical knowledge. This succeeds excellently if you wear this chic outfit. After all, it is from the legendary Kirin Tor, who are among the strongest mages of Azeroth. Therefore, the robe relies on a majestic aura and violet accents.

Where can I find it? You can drop this beautiful set in the Ulduar raid.

What’s the name of the set? A nice set for devout priests is the Regalia of Faith.

what makes it so cool Priests are respected figures of respect. They move with an aura of holiness and divine grace. If you want to portray such a priest, then this set is the outfit of your choice. You get beautiful robes with golden ornaments. In addition, the holy light shines from your shoulders. As a special gimmick, there’s also a kind of halo, just in case someone doesn’t notice that you’re a blessed priest!

Where can I find it? Get Armor Tokens from Naxxramas and exchange them for this fancy outfit at the Cloth Vendor in Dalaran.

What’s the name of the set? If you want to stage your paladin as a cool knight, then get the scale armor of the wrathful gladiator.

what makes it so cool Paladins are noble knights who fight for good. They therefore need gleaming armor that also exudes a certain modesty and dignity. Just such armor is Wrathful Gladiator’s Vindication. Here you get glistening steel and chic, but subtle lighting effects. Ideal to show your devotion to the light.

Where can I find it? The armor set is one of the PvP sets in Wrath of the Lich King. You can earn it by competing against other players in Arena Season 8.

What’s the name of the set? The top look for feral shamans in Wrath of the Lich King is the Frost Witch Robe set.

what makes it so cool Shamans are powerful individuals who control the elements and aid their comrades with mystical powers. A lot of Wrath of the Lich King revolves around ice and storms. So what could be better than an outfit that reflects this affinity for the cold elements? For this purpose you get the robe of the Frost Witch. This offers cool icy effects and, with its antlers and tusks, sets you in the limelight as a primeval shaman.

Where can I find it? This set is available in the final Raid of Icecrown Citadel in the 25 person version.

What’s the name of the set? You want to play a cool hunter that also looks gorgeous? Then get your hands on the Relentless Gladiator’s Chain Armor Set!

what makes it so cool Hunters are among the strongest classes in Wrath of the Lich King. So it’s only right that you dress your brave hunters in the coolest armor you can find. This is where the Relentless Gladiator’s Pursuit comes into play. This armor features a cool scale look and powerful shoulder pieces with horns and teeth of slain prey.

Where can I find it? This is a PvP armor that you get in Arena Season 7.

what makes it so cool As a sneaky villain, you sneak through the shadows, looking for the ideal moment to stab your opponents from behind. But you also need the right outfit, i.e. clothes that clearly say: “Watch out, I have a knife with your name on it!”. And this cool set is just such a gap. It comes in rust red colors and offers glowing highlights.

Where can I find it? This is a PvP set. You can loot it in Season 7.

What’s the name of the set? Dubbed the Scourgelord Battlegear, this powerful set offers you the full death knight look of death!

what makes it so cool Death Knights are sinister warriors who wield dark powers and brutally beat their opponents to death. But nobody takes them seriously when they crawl around in cheap clothes. Therefore, you should quickly get yourself an armor set that underlines your unholy power. This set is particularly suitable for this. Especially note the cool ice fog effects and the massive shoulder plates.

Where can I find it? This cool set is available at the end of the campaign in the final raid, Icecrown Citadel.

What’s the name of the set? This is the “Regal of the Dark Circle”, a chic set for dark warlocks.

what makes it so cool Warlocks wield dark, demonic powers. They summon demons and worse and everyone fears them. This aura of fear and despair that surrounds warlocks should be reflected in their outfit. So get this black magic set. It features cool shoulder pieces and a nasty hooded cloak with a fierce mask.

Where can I find it? Get this set in the Icecrown Citadel raid at the end of WotLK.

What’s the name of the set? Fashion-conscious druids can look forward to the Regalia of the Nightwise set in Wrath of the Lich King.

what makes it so cool Druids like to combine powerful armor with components like wood and bone. This cool set fits that design philosophy perfectly. The rotating balls on the shoulders and the moon symbol that floats in front of your forehead are particularly chic.

Where can I find it? You can get this cool armor set by rocking the Ulduar raid.

Special offer: Incidentally, if you’re only now getting into WoW Classic or you don’t want to laboriously grind together the right equipment and the necessary level for Wrath of the Lich King, then take advantage of a special offer from Blizzard and secure special ones Upgrade Packs. So you get, among other things, a character at level 70, suitable equipment, gold and special items.