30 years of PC games: journey through the history of the magazine – part 2 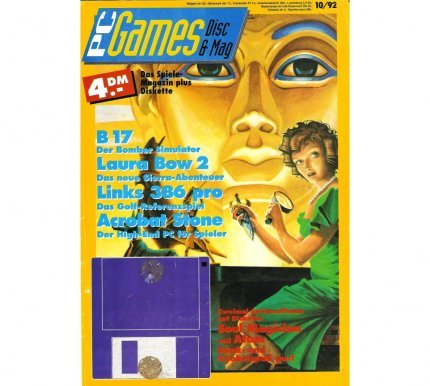 Welcome to the second part of our big magazine review! We are now in 1998. Hardware tests are now particularly in demand, you can hardly survive a year without upgrading a component. Games easily gobble up hundreds of megabytes on the hard drive, 19″ monitors are on the table. If you’re looking for a new joystick, grab one Force Feedback Pro from Microsoft’s Sidewinder series, which is supposed to provide a realistic gaming experience thanks to the vibration motor. PC Games starts this jam-packed year with even more tips and tricks, the volume of the magazine grows to a dizzying 338 pages thanks to masses of advertisements. Some of them are again dedicated to Peter Molyneux, who has become something of a regular in the magazine since Dungeon Keeper. Now he is presenting his latest coup, which is set to trigger a real hype: Black & White. The famous British game designer Steve Jackson, who is also part of the development team, will then have its own section. In his diary he reports on the development work and innovations from Black & White for a total of 41 (!) issues. A madness that no one saw coming at the time.

Despite impressive 3D graphics, we also experience a strong alternative: We test 2D masterpieces such as Fallout and Anno 1602, and Jagged Alliance 2 and Age of Empires 2 end up in the preview section. All titles that have enjoyed cult status ever since. Because then, as now, there is always a spot on the PC for good 2D games.

Steve Jackson’s bizarre diary stayed with us for 40 issues. In this infamous story, Steve describes how his co-workers played a nasty prank on him. (click to enlarge)

Curvaceous into the new age

In 06/98 the test center in the magazine was massively upgraded, among other things there is already an early form of the motivation curve that is used in the Starcraft test. The curve is clear, the rating is also okay – and yet the feeling remains that we are treating the game a little too neglectfully: “A technically solid, high-quality game, unfortunately without technological and playful impulses.” That is the conclusion. The editors are particularly disappointed by the outdated 2D technology and the low resolution. That’s how you can go wrong!

Shortly thereafter, the new test center will also be filled with pros and cons. From now on, they are standard in every test and are still mandatory today! Also new is the “Installed and running” test area, in which clear tables show how well a game runs on certain hardware. Screenshots now often extend over half a page, after all, you should also be able to recognize some of the expensive premium graphics. The growing hardware part is also all about graphics performance, including the Riva TNT by Nvidia, which, according to our hardware editor Thilo Bayer, shows particularly great potential. He was right: The Riva TNT and its successor, the TNT 2, laid the foundation for the triumph of today’s Geforce graphics cards. 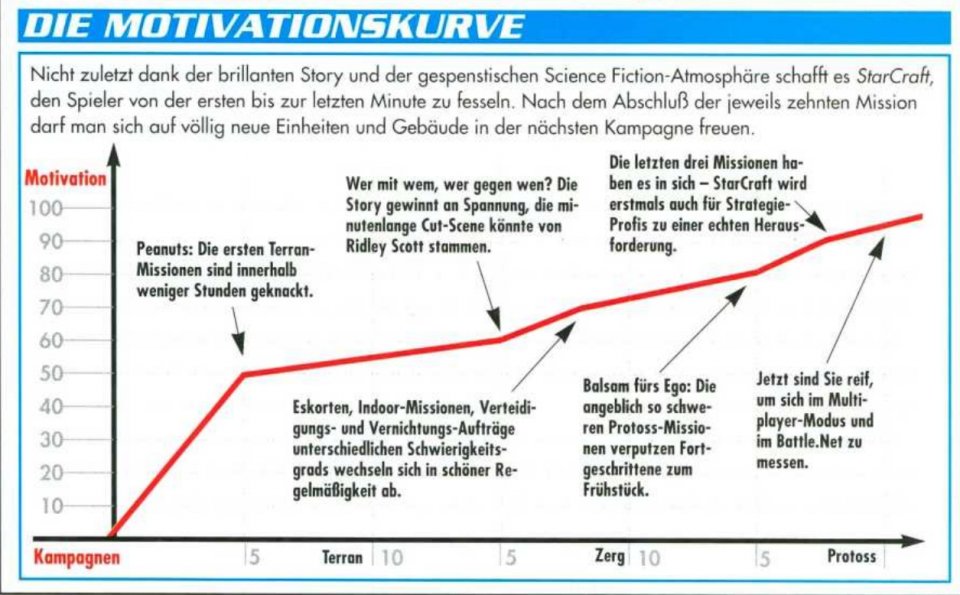 A motivation curve was already used in the Starcraft test (06/08).

With issue 05/98, Stanglnator moves across the pond to manage a new US office for PC games there. This promises better cooperation with the American studios on site, and it also means that Florian rushed to E3 in no time at all. There, the presentation of Black & White (of which there was nothing playable to see) completely knocked his socks off: “Black & White should become a revolution in the games industry. After all, thanks to his past, Peter Molyneux is beyond reproach, his mouth too full.” A nice quote that from today’s perspective… hasn’t aged quite as well.

On November 30, 1998, Computec, the publisher behind PC Games, goes public. They want to flush fresh capital into the company and thus consistently continue on the road to success. There are also major changes in the editorial department. Oliver Menne is moving to the company’s board of directors, his deputy Tom Borovskis is taking his place and will be supported by Petra in the future. Florian Weidhase meanwhile takes care of even more tips & tricks in the magazine. In August 1998, the editorial team was supplemented by further newcomers: with Peter Kusenberg and Andreas Sauerland, the core team grew to seven people. The magazine also gets new sections such as “home visits”, which wants to introduce the creative minds of the industry more intensively. 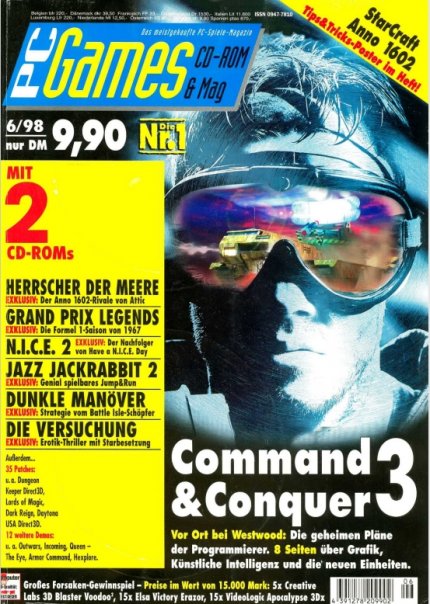 At that time, PC Games could easily keep up with the competition, also thanks to the extravagant equipment: In addition to the thumb-thick booklet, you often get a full version on CD for 10 marks, as well as extras such as a Lara Croft poster, keyboard templates or elaborate special supplements. The many exclusive title stories also lead to big sales. Readers’ clear favourite: The extremely popular Command & Conquer: Tiberian Sun, which made it onto the cover five times between 1998 and 1999. At least as popular: Diablo 2, which Bill Roper will show us personally during a visit. For the action RPG, Blizzard promises complex online features that are hard to come by. Games like Starcraft had already shown with Battle.net that the age of network games and LAN parties was drawing to a close. Thanks to faster ISDN connections and flat-rate tariffs, more and more households are finding their way onto the Internet.