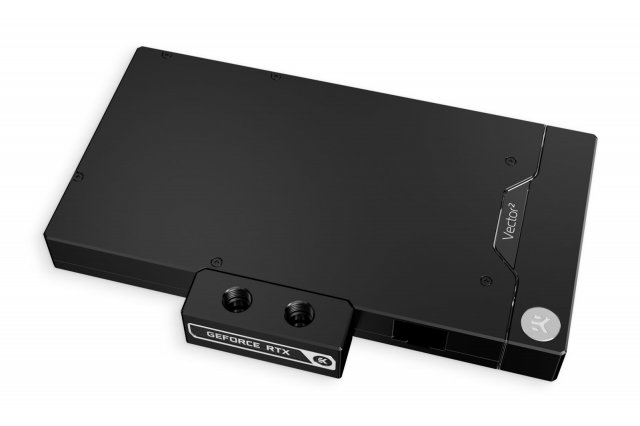 09/25/2022 at 09:30 am
from Maximilian Hohm –
EK Waterblocks has presented its first water cooler for the Geforce RTX 4090 Founders Edition. At the beginning there is a plexi and an acetal version of the full cover cooler with a black anodized backplate. Both versions are illuminated and can be pre-ordered now. Read more about this below.

In addition to new features such as DLSS 3.0, Nvidia’s RTX 4000 series also comes with much more densely packed transistors than amps. This increases the waste heat and the Geforce RTX 4090 is officially specified with a power consumption of 450 watts. With overclocking, whether from the factory or by doing it yourself, the power consumption should increase even further, which will eventually bring even large air coolers to their limits and can only be properly cooled with water.

This is where the experts from EK Waterblocks come into play, who presented an accompanying water block on the day the Geforce RTX 4090 Founders Edition was presented. The EK Quantum Vector² FE RTX 4090 D-RGB is a water block that is set to launch with a black anodized aluminum backplate and single-slot bezel. The look of the block is simple and clear and the entire PCB of the graphics card is covered. The jet plate will be covered by plexiglass so buyers can see into the block.

Nothing is known about the availability yet, but EK wants to give regular updates to those who pre-order, who already have the new blocks for an RRP of 239.90 euros each in the in-house online shop can order. At the same time, EK also announced that its own EK configurator should be updated regularly so that users can soon check whether there are also coolers for corresponding custom models.