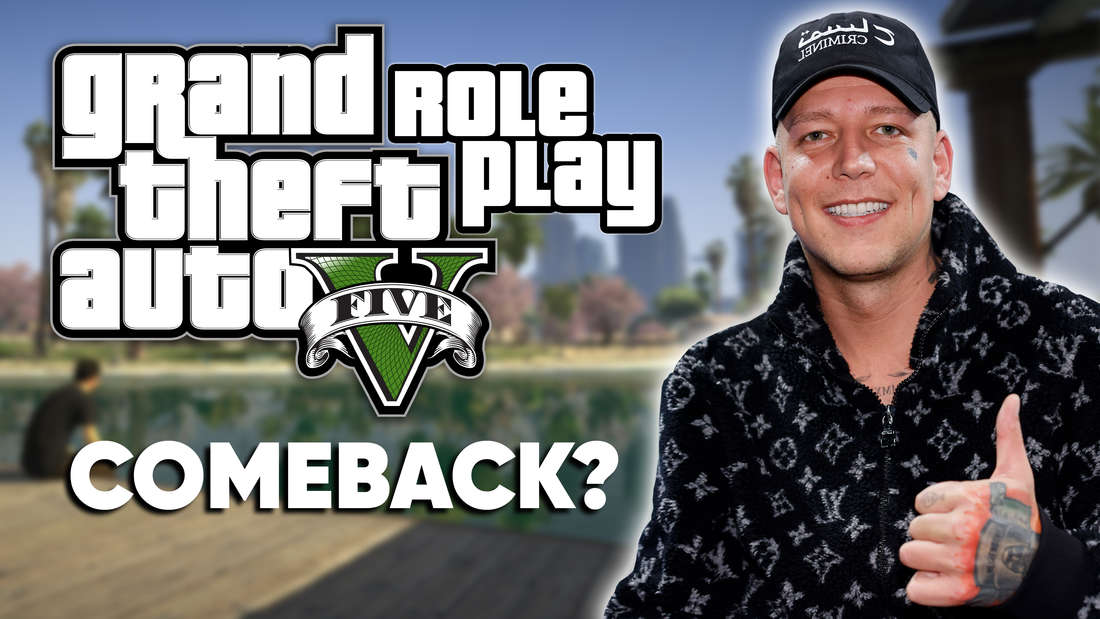 MontanaBlack dominated GTA RP as the Don Olaf Sheep. In the stream he talks about a comeback and why the game had him in a painful stranglehold.

Buxtehude – Even though the great hype surrounding the GTA RP has died down, the trend continues to attract a number of viewers to their home screens. MontanaBlack talks to fellow streamer AbuGoku about a potential return to RPGs. His old gang – the Cali cartel – wants their leader back, but MontanaBlack has harsh criticism of the GTA RP scene. Here’s what the Twitch star thinks about a return that has fans saying “comeback of the year” to name.

What happened? A year ago, MontanaBlack was in the GTA RP as Olaf Schaf and the role-playing trend reached its peak. Things have calmed down in the scene since he left, but GTA RP remains extremely popular content on Twitch. The stars of the current GTA RP scene continue to entertain their fans with the craziest gang intrigues and insane situations á la GZSZ. AbuGoku is currently in the top 5 of Twitch Germany and pulls the strings in the GTA RP as Mr. Bitcoin in the Cali cartel. But in a conversation with MontanaBlack on Twitch, AbuGoku reveals that the gang wants their don back – Olaf Schaf.

See also  Cosplay of Jinx from Arcane shines like a hextech crystal!

What does MontanaBlack say? Even though AbuGoku is sure that the winter nights will be long again and that MontanaBlack will certainly get in the mood for GTA RP, the streamer from Buxtehude has to dampen the excitement. “No, I’m not playing RP first – not at the moment. Maybe someday again‘ explains Monte on AbuGoku’s stream. The fans really want him back, but MontanaBlack can’t guarantee anything: “I don’t know if it would be the comeback of the year“. He cites the stress he associates with the discussions that also take place outside of GTA RP as the reason.

“The longer I played RP, the more life became just RP. […] When I close a game, I don’t want anything to do with it anymore.”

Discussions related to the quality of the server and possible improvements will take place in role-playing mode, according to MontanaBlack. The individual factions on the server then only want changes that benefit their own gang. Doing such background planning in his GTA RP role is just too exhausting for MontanaBlack.

Is MontanaBlack Coming Back? in the Videos on YouTube MontanaBlack doesn’t seem 100% averse to the idea of ​​returning to GTA RP. AbuGoku reports that after the GTA RP restart on the “Hope V” server, the discussions have improved and changes are implemented much faster. On the “FiveM” server it probably looked quite different. For MontanaBlack, however, the design of the server should not be left in the hands of the players and AbuGoku also agrees that outsiders probably have a better overview of the server situation.

Perhaps those responsible and MontanaBlack will find a middle ground that will allow the streamer to stream with less stress than Olaf Schaf. When asked by AbuGoku whether MontanaBlack will return sooner or later, the Don has no answer. However, it cannot be ruled out that the cold season will mean that MontanaBlack will spend more time on Twitch again.