Participants reveal which everyday things they almost went crazy without 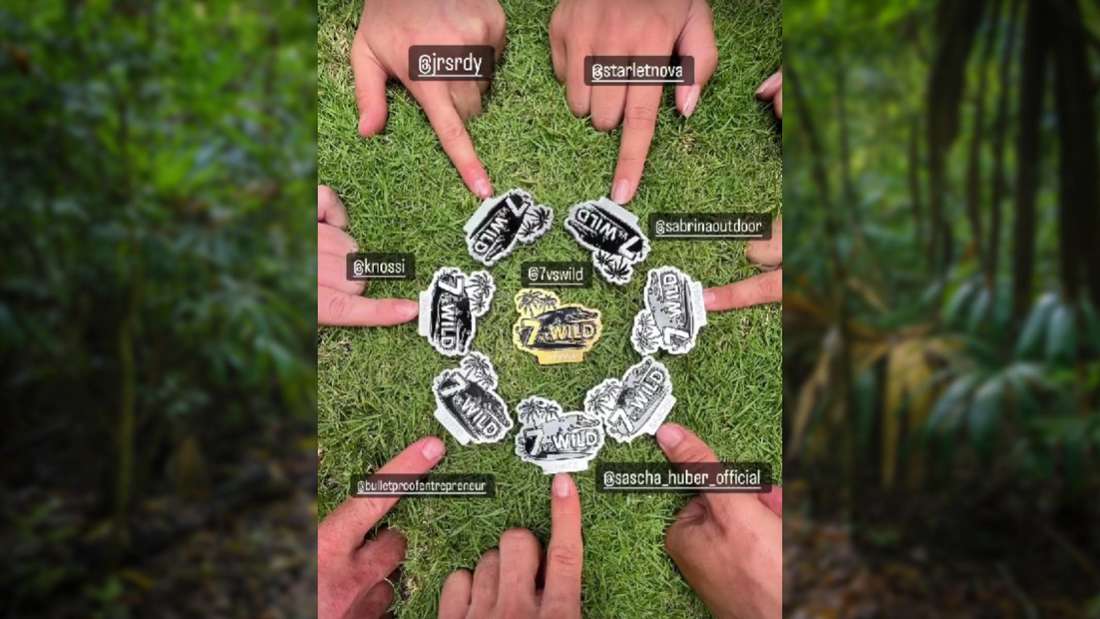 The contestants of 7 vs. Wild are back in civilization. Knossi, Meinecke and Co reveal what they missed and what they treat themselves to when they return.

Update from 09/17/2022, 2:40 p.m.: In the meantime, all participants of 7 vs. Wild have arrived back in their homeland. Gradually, more and more messages from Knossi and Co. are arriving. The courageous survival professionals show up with their loved ones on Instagram and Twitter and it seems like everyone is really happy to be back in their own four walls.

7 vs. Wild: The contestants are back home – These are their first messages

Knossi says: Knossi seemed visibly relieved to be back home with his family. That should probably also be due to the food that was already ready for him. Because in the jungle there probably wasn’t that much of it. In his Instagram story, the Twitch star presented a richly set table and seemed to be feasting properly. Knossi certainly deserved that after his time in the jungle at 7 vs. Wild.

Here’s how Nova works: Nova also got back to her fans and made it clear that the stay in the jungle was probably not a vacation. Unlike Knossi, the influencer grabbed liquid food after 7 vs. Wild: “Today this woman downs one or two Aperols in her corpus”.

Sabrina Outdoor describes impressions: Sabrina Outdorr reveals the most about 7 vs. Wild of all participants. She directly made a reel for her fans, in which she from “great and painful moments” speaks. Her “emotional journey” just really started and her followers can look forward to a lot of content in November. Sabrina also talks briefly about the tropical island, which is said to be “featured by vast nature and rubbish.”

Sascha Huber is back home: Sascha Huber appeared right next to his girlfriend, who greeted the athlete with a meal. However, he hardly had any eyes for her, because as he revealed on Instagram, he missed his toilet the most.

Otto has his dog back: Ex-soldier Ottogerd Karasch was considered one of the favorites in the second season of 7 vs. Wild. It remains to be seen whether he was able to do justice to this during the survival experiment. But now the survival pro is happy to have his dog with him again. He recorded the first reunion in an Instagram story.

Fritz Meinecke and Joris remain calmer: Fritz hasn’t even addressed his community with personal words, he only announced in an Instagram post that the broadcast of 7 vs. Wild should start in November. And Joris first wanted to celebrate his birthday before there is an update from him.

Original report from September 16, 2022: Hamburg – Survive seven days alone on a tropical island – that was the task of the participants of 7 vs. Wild season 2. And it seems that the candidates have now survived the time. For almost two weeks there were no more signs of life from Fritz Meinecke and Co., because contact with the outside world was strictly forbidden during the survival experiment. But now all participants reported via Instagram and it looks like they all survived.

7 vs. Wild: Participants survived the jungle – This is how Fritz Meinecke and Co. are back

The first sign of life: Fans have been eagerly waiting for news about 7 vs. Wild, because for almost two weeks it has been pretty quiet around the participants of the survival show. under the last Instagram post of 7 vs. Wild, followers were increasingly concerned about the condition of the participants. Because on September 4th, Knossi and Co. made their way into the jungle and said goodbye to their fans with the last messages. Since then, however, there has not been a single sign of life from the contestants or the team behind the series.

But now the silence has finally been broken and fans can calm down a little, because it seems that all the candidates survived the ordeal in the jungle. At least one can assume that everyone has at least one hand left, because there is not much more to see from the participants. On their Instagram channels, everyone posted a picture of each participant’s hands along with several medals.

That was all: However, the images are all we get to see from the 7 vs. Wild Season 2 contestants. So far, none of the candidates have spoken, and it is also questionable whether Knossi and Co. have just left the jungle or are already on their way home.

7 vs. Wild: The winner is determined – Survival experiment is over

Who won? In the participants’ Instagram stories, each candidate points to some kind of silver medal with their name on it. In the center of the image is a gold 7 vs. Wild medal labeled Winner. However, who will leave the jungle as the winner has not yet been revealed to us, but it is also possible that none of the candidates was able to complete the seven days in the jungle.

What happened in the jungle and who really won in the end, we will probably only find out when the episodes are published. Then we can also see if Fritz Meinecke’s rusted machete in 7 vs. Wild affected his performance in the jungle.

Start of 7 vs Wild: We’ll have to wait a bit longer for Season 2 of 7 vs. Wild to start. Because the collected video material now has to go into post-production. But it is probably quite certain that we will see the first episodes this year. And until then there will be a few more tips from the participants about the jungle stay.