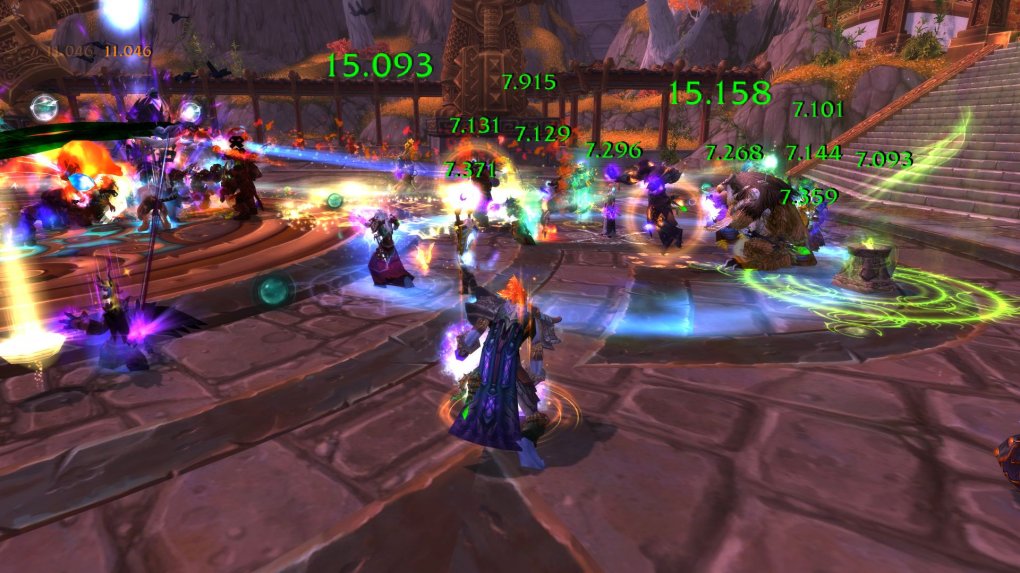 Anyone who has already looked at the calendar today knows: It is September 25, 2022. Do you still remember what you were doing exactly ten years ago? So on September 25, 2012? Well, it was a Tuesday. I was a freelance PC and video game editor at the time, and my professional and personal focus was World of Warcraft: Mists of Pandaria. Just the fourth expansion of WoW history that went live exactly ten years ago. Happy Birthday MoP!

I would like to celebrate the anniversary with a new edition of my series of articles “10 nostalgic memories of …”, in which I have already published my very personal memories and anecdotes Vanilla WoW, Burning Crusade, Wrath of the Lich King and cataclysm allowed to share with you. Of course, these nostalgia trips back into WoW history are never all-encompassing or objective, but hopefully encourage you to leave your memories in the comments. Your personal highlights or lowlights, or how you would rate the expansion in retrospect.

After World of Warcraft (buy now ) in 2004 / 2005, the hype train for the upcoming expansions was already stormed with the publication of the respective announcement trailer. At least that was the case with Burning Crusade, Wrath of the Lich King, and even Cataclysm (the Deathwing erupting from the ground was just epic!). But then something changed. After the rather sobering cataclysm, WoW fans were skeptical in large numbers for the first time. What awaits us after the meager final fight against the Lord of Death?

At BlizzCon 2011, Chris Metzen broke the silence and presented us with an expansion with an Asian-inspired setting, cuddly and cuddly panda bears and pet battles as one of the core features. You can still see how mixed it was with WoW fans at the time 641 comments under this news read. As Portnoy wrote, for example: “Didn’t renew and frozen my account after the announcement. […] At the age of 50 I feel too old for Pokémon games.“

I saw it myself at the time: Pandas have been an integral part of the lore since the brewmaster in Warcraft 3 and the pet battles can certainly be ignored. Ignoring then worked without any problems in the course of the expansion. With a grin, however, I noted how various seasoned men who had initially only smiled at the pet feature were busy hunting and raising the little rascals for months. Gotta catch ’em all!

As far as the Asia setting is concerned: In my opinion, the developers did an exemplary job of incorporating the new areas into the world of Warcraft without making them foreign bodies. On the contrary, I had fun gradually exploring the often colourful, variedly designed regions while listening to the once again catchy background music. The pandaren also made many of the ancient races look pretty…well…old with their beautiful animations and textures.

24:09
WoW: Mists of Pandaria – report from the launch event in Cologne

The internal raid of the MMORE

In the Cataclysm era, the editorial staff of the MMO PRO was one of my scheduled monthly clients – at least until the day the magazine was discontinued. With Mists of Pandaria I then switched to my big competitor: the PC Games MMORE team. It was a change of habit for several reasons. For example, since villains already had an in-house expert, for the first time since vanilla I had to ditch my favorite class and focus on a new main character: the Shaman (which was fun, but I grabbed the villain the first time I got the chance back :p).

What I thought was pretty cool: With MoP, all editors and authors of the MMORE switched to the Blackhand server in order to set up an internal horde raid (plus family & friends) there for the first time. In this way, not only were we able to try out strategies, test class tips and take screenshots for our guides much more efficiently than was the case before, but there was also plenty of fun on most evenings (when the boss was out of sheer DpS madness again does not run from the fire …). The “randoms” that we used to bring in every now and then to fill up the raid were probably thinking, “Where did I end up here?” Probably that’s why Blizzard introduced the flexible raid mode with patch 5.4 … to protect “randoms” from us.

The Shaman Healer job was a lot of fun for Karsten in Mists of Pandaria, especially as part of the MMORE editorial raid.


The best raid of the MoP era is…

Blizzard released a total of five raid instances over the course of the MoP era. There were also various world bosses like Galleon, Sha of Wrath or Oondasta, who wanted to be knocked out every week. From my point of view, that was a good fit, since we always only had to wait about two to four months for the next content patch. It was only at the end of the expansion that there was a long content hole of more than a year, until the Warlords of Draenor pre-patch was finally announced for October 14, 2014.

The raid instances themselves are mostly very good memories. In our editorial top 5 of the best raids in WoW history it was not without reason that we packed two MoP representatives in early 2022: the Battle for Orgrimmar and the Throne of Thunder. I also enjoyed visiting Mogu’shan Vaults and Terrace of Endless Spring every week. The only thing I never really wanted to become friends with was the Heart of Fear, even if there are some nice boss fights there. The setting around the Mantis and Klaxxi just doesn’t turn me on.

And which raid is my favorite now? I choose the Battle for Orgrimmar! As an old Horde veteran, I found it exciting to beat up orcs, attack your own capital and mess with Garrosh Hellscream. The final fight in particular offered a worthy spectacle. The challenge’s biggest weakness is one that only Blizzard can do something about: WoD just took way too long to come. The battle for Orgrimmar was on the program map for a long time (much too long!).

The premiere of the talent matrix

After Cataclysm, Mists of Pandaria was the next big step away from the classic gaming experience and towards the modern World of Warcraft we know today. A MoP feature that should shape WoW to this day and that will only be abolished with the upcoming expansion: the talent matrix as a replacement for the old talent trees.

25 meter range is not enough: Heil-caller is sufficient WoW: Dragon Flight gets buffed

The preservers, i.e. the healing callers in WoW: Dragonflight, need more magic range, which is now increased to 30 meters.

Not in the mood for long queues for the release of WoW WotLK Classic on September 27th, 2022? Blizzard has enabled free server transfers

The matrix with its rows, each consisting of three talents, has advantages. With just a few clicks you can put together the best combination of talents for the next adventure, each option brings noticeably more than just a few percent value increase and if there are balancing problems or a talent is no good, then it can be done with comparatively little effort adjust or replace.

However, I liked the old talent trees from Vanilla, TBC, and WotLK and their current Classic counterparts, and I like being able to put a point in one of the trees after each leveling up. And I’m glad that Dragonflight will be bringing back the talent trees in an adjusted form in the near future. I won’t miss the talent matrix for a second.