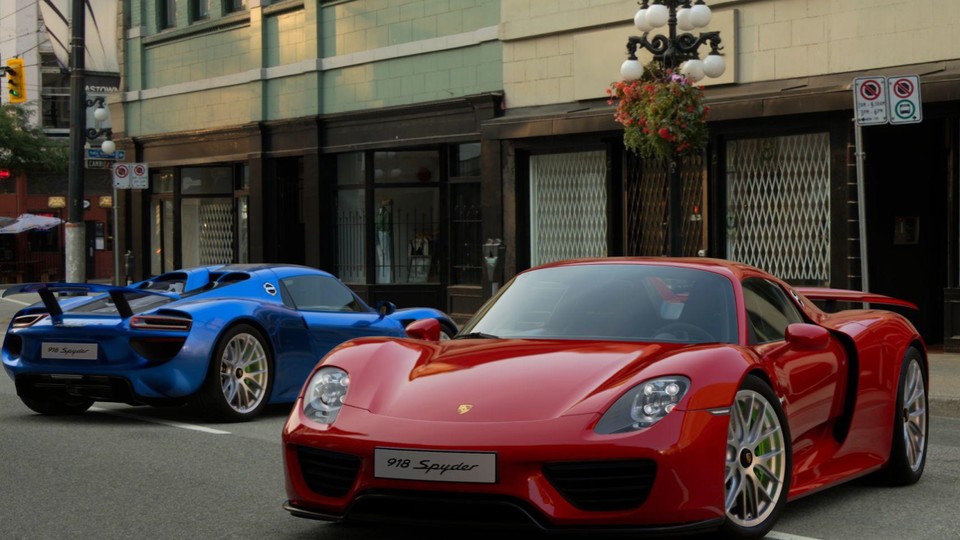 From Thursday you can make the asphalt glow with new, stylish sports cars.

Already on September 29th, i.e. this Thursday, you can race over the racetracks of Gran Turismo 7 in three new cars. That’s what senior creator Kaz Yamauchi teased on Twitter.

With these cars you will soon be able to accelerate

As usual, the cars are not exactly recognizable, but the specialists from GTPlanethave already analyzed which car models are involved.

On the left you will most likely see a Volkswagen ID.R. In reality, the electric car has already set a number of best times and, with its 680 hp, goes from 0 to 100 km/h faster than a Formula 1 racing car.

The middle vehicle is probably a Porsche Vision Gran Turismo Spyder, which Porsche itself already has in its community tab official youtube channels betrayed and even published some pictures. Although the “Spyder” usually refers to a convertible, this model is a mono-cockpit reminiscent of the racing cars of the 50’s.

The car on the right, on the other hand, still poses a few puzzles, but it is probably a 14th generation Nissan Silvia. We will find out whether this assumption is correct either in an official announcement or on September 29th at the latest, when the update is released.

Here you can recall how the VW and the Nissan looked in other games and also see an image from the said Porsche community tab:

Here you can find the article on the last Gran Turismo 7 update and an overview of the entire fleet:

After the update, which is still pending this week, the question naturally remains as to whether new routes will be added in the near future. Unfortunately, there is no information on this yet, so we can only wait and see for the time being. The last update at the end of August brought at least route variations for the Barcelona-Catalunya route.