House of the Dragon: This happens in Episode 6 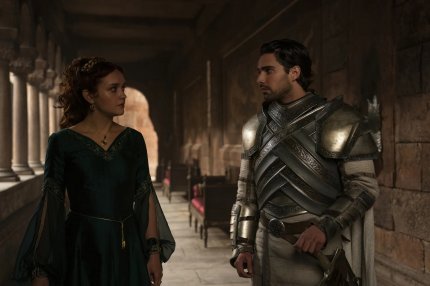 It’s been ten years in House of the Dragon since the last installment, and a lot has changed in Westeros in that time. Not only is the relationship between Rhaenyra Targaryen and Alicent Hightower irreparably damaged, both have also had several children. How bitterly the former friends hate each other quickly becomes apparent when Alicent calls Rhaenyra to see her youngest child shortly after the birth of her youngest child. Rhaenyra doesn’t even have time to properly digest the birth.

House of the Dragon: Alicent confides in Ser Criston,

Alicent’s distrust is not only due to her hatred and envy of Rhaenyra. Viserys’ daughter is heir to the throne, after all, and yet she doesn’t really bother to hide her affair with Harwin Strong. How else to explain that her children do not have white hair, but rather dark hair? King Viserys is dead silent on this obvious detail – too bad Rhaenyra’s and Alicent’s sons are training with Ser Criston, who still hasn’t wounded Rhaenyra’s basket.

Criston’s dislike of Rhaenyra’s sons is revealed when he pits Alicent’s eldest son, Aegon, against Rhaenyra’s eldest, Jace. Criston urges Aegon not to spare Jace until Harwin Strong finally puts an end to it all. Harwin and Criston start a fight that has multiple repercussions. 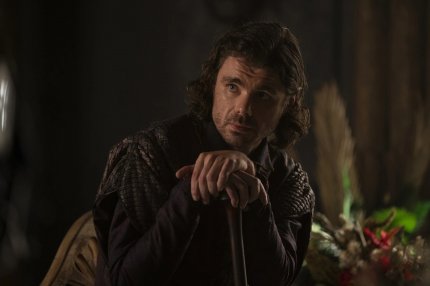 House of the Dragon: What is Larys Strong planning?

Viserys’ new hand of the king, Harwin’s father Lyonel Strong, offers the king his resignation over the incident and Rhaenyra more or less orders her husband Laenor not to go to sea but to stay with her and be a real father to her sons . Larys Strong, in turn, makes a subliminal offer to Queen Alicent to make her father Otto the hand of the king again. Would Alicent have consented if she had known Larys was sacrificing most of his family to do so? At least she is far from happy when she finds out that Larys was behind the fire that broke out in Harrenhal and in which Lyonel and Harwin burned to death.

House of the Dragon on WOW – What time is the new episode?

When will the new episode House of the Dragon be available on WOW (formerly Sky Ticket)? Always on Monday mornings, at breakfast prime time! ^^

House of the Dragon: This happens in episode 5

A wedding is the focus of “We Light the Way”, the current episode of House of the Dragon. Veterans know…this can only go wrong

Fire also destroys part of Daemon Targaryen’s new family. When his wife Laena realizes that neither she nor the child will survive when the third child is born, she drags herself to her dragon and orders him to burn her. It remains unclear how much Daemon is affected by his wife’s suicide.

Lots of fans who Milly Alcock and Emily Carey when young Rhaenyra Targaryen and Alicent Hightower grew fond of, “The Princess and the Queen” dreaded it a little. Because after the time jump, new actresses have slipped into the role of the two. But don’t panic: Emma D’Arcy and Olivia Cooke have lived up to the high expectations. Next week, the conflict between the two rivals is likely to escalate, as you can see in the preview of episode 7.