WoW WotLK Classic: Queues before release – You can no longer get to a server in time 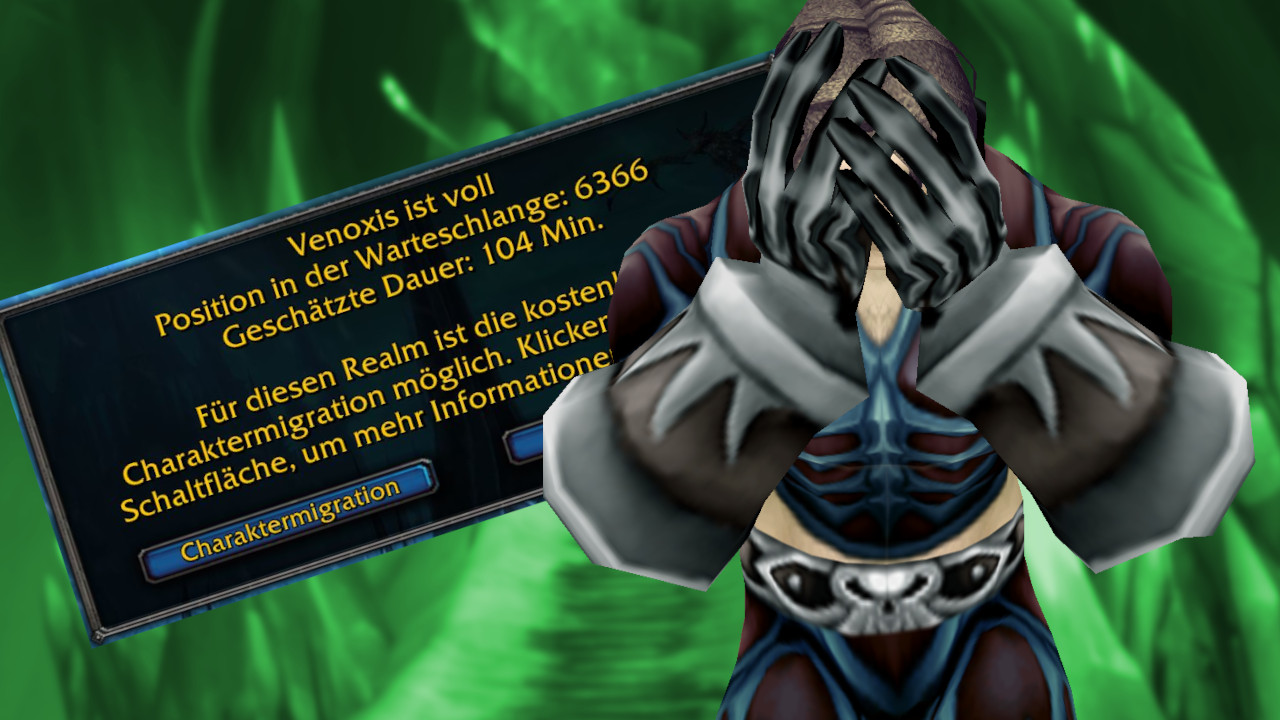 Actually, Wrath of the Lich King only starts at 0:00 a.m. German time, but there are already huge queues in WoW Classic – also on German servers. The rush is enormous and will probably continue to grow.

Where are there queues? The German server Venoxis is currently affected by a queue of over 6,000 players (as of 10:50 p.m.). According to the calculation, this corresponds to a waiting time of 104 minutes, i.e. about one and a quarter hours.

If you want to start on time for the release of Wrath of the Lich King at 0:00 a.m., you won’t be there in time even if you log in now, more than an hour before the release of the expansion.

Can I still play? In our testing, it was possible to enter all other realms and create new characters. This applies to all German and other European servers that have not previously been closed because they are too full.

However, during the test we had already created characters on Everlook and Razorfen, the two largest German realms after Venoxis. Whether this has an impact on the queue, we can not say.

If your character is stuck on Venoxis, right in the queue you have the option to use one of WotLK Classic’s free server transfers and switch to a less populated realm.

Are you waiting in line? Here’s the cool trailer for the expansion to make your wait — or more awkward, depending:

Crowds on WotLK lead to queues before release

Does it get any worse? In all likelihood, yes. Even the WotLK pre-patch was so popular that queues of well over 10,000 players occurred. Now, for release, the rush for the game will definitely be even greater.

However, this only applies to the larger realms. Smaller servers usually do not have this problem. If you’re lucky enough to be able to log in right away, you can travel to Northrend and start leveling up to level 80.

As long as there aren’t too many people around, you should also be able to complete quests quickly. Tips for leveling and the new zones can be found here:

It remains to be seen whether the server transfers will help to reduce the rush on the more densely populated servers. Presumably too few players change and too many want to play at the same time. Traditionally, the World of Warcraft servers are overloaded with every addon release, so expect waiting times this time too.

By the weekend at the latest, you’ll probably be queuing, at least for the first two weeks if you’re playing on big servers. But somehow that’s also part of the feeling of Wrath of the Lich King back then…

WoW Classic: The chief developers explain how difficult it actually is to create WotLK