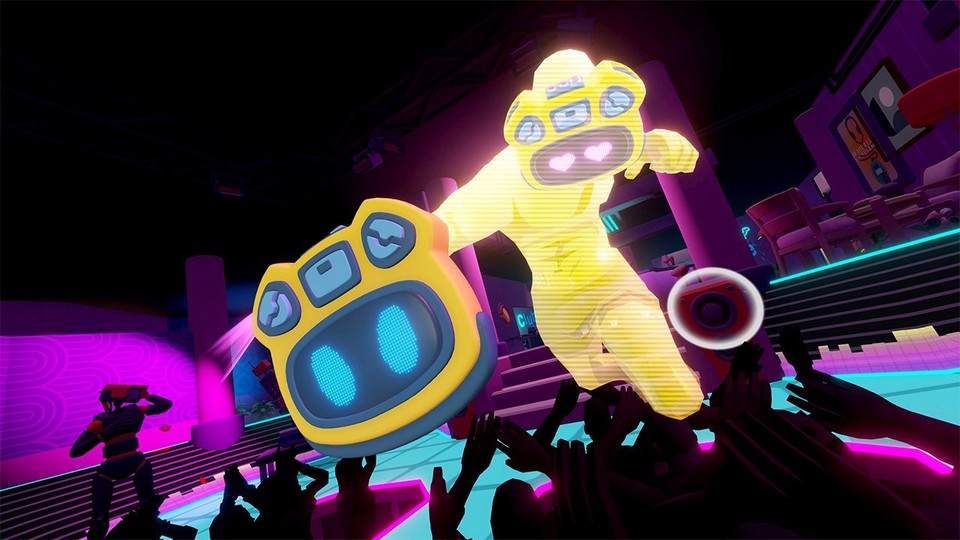 Welcome to the TV world of the 90s.

Indie studio Samurai Punk has released a sequel to their stealth game Roombo. In Justice Sucks you once again take on the role of a vacuum cleaner who, in addition to his everyday work, also hunts criminals as a security robot. The absurd premise is garnished with exaggerated gore effects and catchy boy band music that could have come straight from the Backstreet Boys.

Welcome to the abstruse dystopia of Justice Sucks

As a television interview with the malicious boss of FamilyCorp tells us right at the beginning of the game, apartment buildings are being inundated by a wave of burglaries. The crooks are commissioned by the very company that wants to boost sales of their security systems. Unfortunately, Dusty’s family can’t afford an expensive installation, so the vacuum must not only keep the McCleans’ house clean, but also protect it from burglars.

The launch trailer introduces you to the crazy world of Justice Sucks: 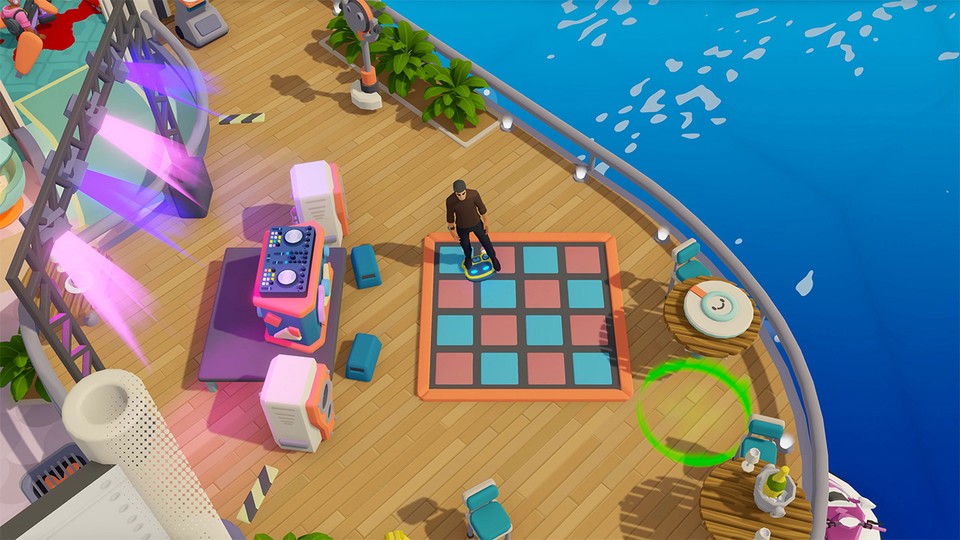 At the latest when you have killed the first robber and a voice tells you to devour the body, you should realize: Justice Sucks takes you into an absurd world. A short time later, FamilyCorp kidnaps the McCleans and Dusty is thrown against a TV, drawing his consciousness into the TV world of the 90s. Here the vacuum cleaner must prove himself in a series of scenarios before he can make it back to reality to free his family.

If Solid Snake was a bloodthirsty vacuum cleaner

Justice Sucks is basically a stealth game. Enemies have a flow of movement (that you can interrupt with horns and other distractions) and a cone of vision similar to what we see in Metal Gear Solid. Since Dusty is very fragile, you should not be seen if possible. From your hideouts you can hack items and damage the crooks before they leave with the valuables. If you do it skillfully, you can create dangerous combos like an electrified puddle.

The fact that the small vacuum cleaner swallows whole people is not only absurd, but also has an advantage: you charge your blood skills in this way. These are special perks that you can select before each level – for example, a ramming attack that causes high damage. These attacks are good alternatives when you’re cornered by a burglar or you just don’t have the energy to hack. So always keep the house nice and clean of organic waste.

Have you already played Justice Sucks and can you recommend it? Or have you now tasted blood and are hot for the wild vacuum cleaner ride?