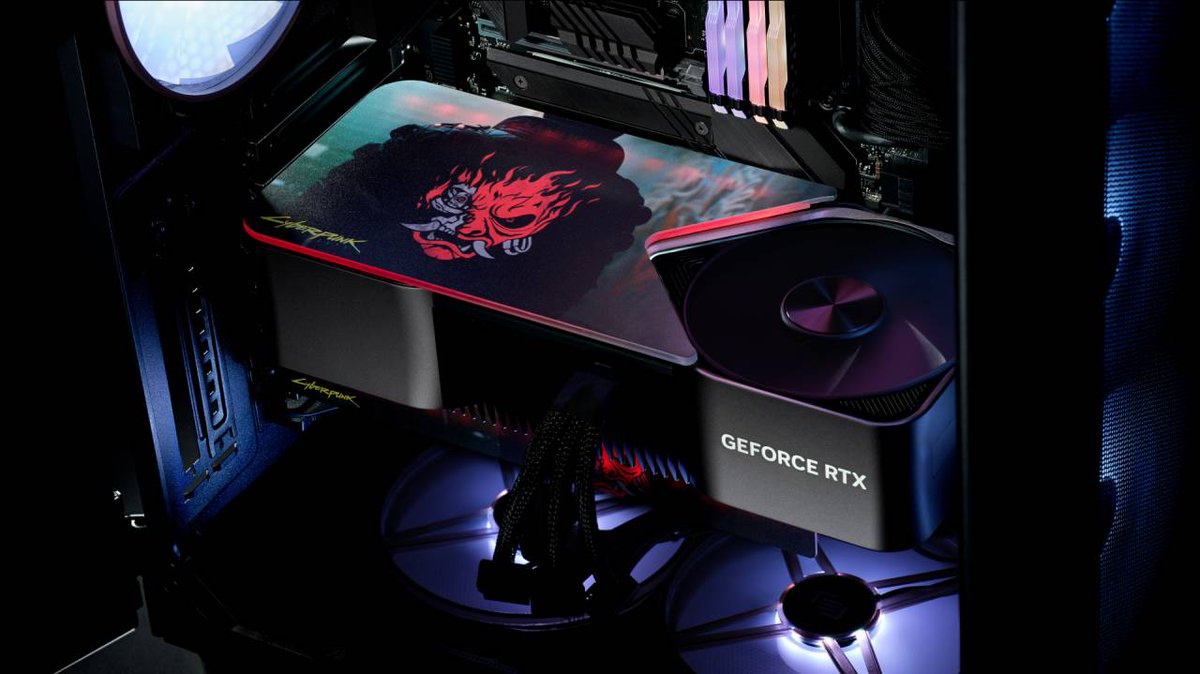 09/27/2022 at 3:22 p.m
from Rhonda Bachman –
Nvidia and CD Projekt Red have launched a new competition. You can win three Geforce RTX 4090 with a specially made backplate inspired by the role-playing game Cyberpunk 2077. Interested players must decipher clues, solve puzzles and take in-game screenshots to win.

On September 23rd, Nvidia has the RTX 4000 series presented. Now the company is working with the Polish Studio CD Projekt to bring three special models of the RTX 4090 to the people. In a new competition, three models inspired by Cyberpunk 2077, which come with a specially designed backplate, will be raffled off.

Nvidia and CD Projekt are looking for three lucky winners for these unique models. In order to be able to hold the special graphics cards in your hands, however, there are tasks to be solved. These start on three different days and should be completed within a week. The challenges start and end on the following days:

The developers publish hints that have to be solved via the Cyberpunk Twitter channel at the respective times. Behind it should be coordinates in the game Cyberpunk 2077 (buy now €52.99) hide where special ingame screenshots should be taken. The most creative and original entries win.

Nvidia’s new graphics cards RTX 4000 series should be available from October 12th. With the same performance as the Geforce RTX 3090 Ti, the RTX 4090 raffled off in the competition should be up to twice as fast. In addition, the RTX 4090 is said to be the first model to support Nvidia’s latest generation upscaling technology called DLSS 3.