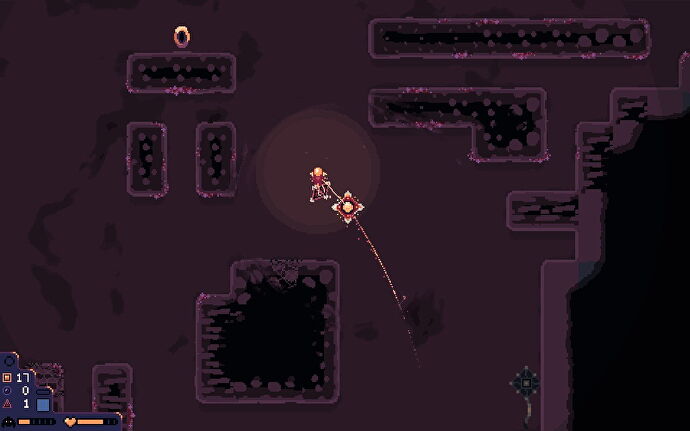 Dome Keeper review
A simple, but powerful blend of meditative mining and wave-based tower defence, Dome Keeper keeps you coming back for more.

As players of Image & Form’s excellent SteamWorld Dig games will know, there is something innately calming about chiselling your way through a hunk of rock. In both of those western-themed platformers, you were hunting for gem-like treasures to take back to the surface so you could get bigger and better equipment to begin the dig cycle anew. Now imagine that surface is constantly under threat from waves of alien attacks and that’s pretty much Dome Keeper in a nutshell, a moreish, meditative mining game that sees you balance digging for resources and hunting for all-important relics while defending your eponymous dome from being smashed to smithereens.

Having first clapped eyes on Dome Keeper back at PAX East earlier in the year, I was instantly struck by its gorgeous pixel art and impressive sense of scale – neither of which have dimmed on its final release. The alien worlds you visit during each run are frequently stunning to behold, and I often wished I could break free of the bounds of my protective little dome and go exploring. Not that I’d survive very long, mind, as the black, beady-eyed monsters inhabiting these lands pack a surprising punch. As the health of your dome depletes after repeated bashings, its glass surfaces splits and cracks where it’s suffered the most damage, providing an instant, visual reminder of how long you’ve got left before it shatters. You do have a more traditional life bar to keep tabs on as well, I should add, but it’s a pleasing visual detail nonetheless that helps to make the perilous nature of your situation feel all the more fragile and precarious.

There’s also a countdown timer showing you how long you’ve got left until the next wave hits, although the fact it’s relatively unobtrusive means it’s sometimes easy to forget you’re about to come under attack – that is, until you’re assaulted by a high-pitched bleep alarm urging you back to the surface. Your little astronaut moves relatively fast as they fly through the tunnels you’ve carved out, but their movements can be slowed depending on how much cargo you’re hauling back at the same time. Your drill power, movement speed and carry strength can all be improved and upgraded over the course of a run, but there’s still a tense risk-reward factor at play whenever you’re cutting it particularly fine. Do you abandon your gems to the bottom of your mineshaft to get back to your base faster? Or do you persist and hope your base doesn’t take too much of a beating in the process?

Sometimes you’ll choose the latter so you can finish an all-important upgrade to your dome’s defences, which currently extends to either a laser or an extendable sword that can slice or be javelined outwards to hit longer-range enemies. The sword is by far the more challenging of the two, requiring a bit more dexterity to reach its pesky, ghost-like flyers, but both dome types feel pleasingly distinct from one another, and have a satisfying range of upgrade paths to choose from that helps to keep things fresh on repeat runs.

For the most part, though, each Dome Keeper run feels pretty much the same. You’re hunting for the same three resources, in pretty much the same, amorphous underground divided into increasingly dense layers of rock strata, and fighting the same handful of enemies on each planet you visit. There are unlockable gadgets to help shake up the rhythm of individual games, including lifts, teleporters, water condensers, resource converters and pets will drills for noses, as well as eventual modifiers that can vary monster strength, wave speed and the maze-like nature of the map, but most only provide light twists on your fundamental objective: to dig deep enough to find the alien-destroying relic that will let you live on this planet without worry. There is also a ‘prestige mode’ that’s more of a score attack type-deal, but even this doesn’t stray from its rinse-repeat digging and defending.

Personally, I’m wholly satisfied with what Dome Keeper is offering here – especially considering the size of his tiny husband and wife dev team. While a bit more variety in the types of underground locales you visit perhaps wouldn’t have gone amiss, I’ve also been playing this practically non-stop all of last week, gobbling up its small, 30-minute maps as well as luxuriating in its large, 90-minute plus ones. It took me the best part of six hours to unlock all of its starting domes, modes and gadgets, and I’m excited to see how the promised ‘assessor’ keeper that’s supposedly ‘coming soon’ switches things up further from the default astronaut.

Some will no doubt chafe against the fact there’s not more to do here, but for me Dome Keeper is almost becoming my new Dorfromantik – which is ironic considering its original Ludum Dare prototype was formerly known as Dome Romantik. Ultimately, it’s a chill, calming survival game with just the right frisson of tension to keep things interesting between waves, and navigating its myriad upgrade options against the increasing escalation of its beautifully paced danger levels is always a thrilling treat. It’s the type of game I can see myself booting up to unwind with at the end of the day, especially when it plays so well on the Steam Deck, too. It’s really sunk its claws into me over the last few weeks, and just like its morass of creepy shadow monsters, has smashed its way right into my heart and completely disarmed me. It’s a real keeper, all right.