Electronic sports What are they? What benefits could you offer me? 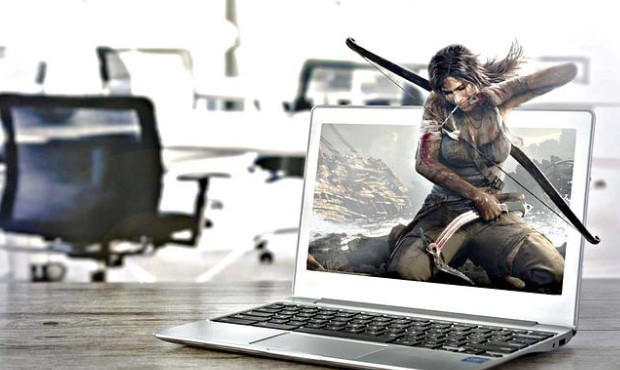 Modernization today is noticeable day after day. It is impressive how we have been evolving and including new experiences in our day to day. Although it may not seem like it, the world of sports has been caught up in these updates, since we can see the use of technology in sports to provide greater precision in doubtful plays.

However, this has not been the only inclusion, since we have been able to witness the true boom that electronic sports or also known as e-sports has meant. So much so that they have become a trend, showing quite significant growth in recent years.

Unlike traditional sports where we see players interact with each other and have physical contact, electronic sports are competitions but related to video games. These contests have gained great popularity, being recognized worldwide.

The competitions are usually given in multi-player mode and the games that stand out are real-time strategy, shooting and multi-battle arena. A certain number of teams are classified and playoffs are made until the grand final.

How popular are they? Are you ready for the Olympics?

Although they are not as mentioned as football, basketball or baseball; e-sports are very popular; so much so that after the Tokyo 2021 Olympic Games, its integration has been participated in the next editions. Despite there being mixed emotions between Logitech and the German Olympic committee; Everything indicates that the commitment to this discipline is increasing.

What are the growth trends in e-sports?

Its popularity increased due to the COVID lockdown in 2020. Many people, including celebrities and sports stars, turned to video games as a means of distraction. So much so that today, you can see a greater number of streamers.

On the other hand, many of these streamers have benefited from the audience they have. This means that little by little, many more people get involved in it and are curious to experience it. Since there is a lot of potential within the industry, it is estimated that its growth will be enough to be part of entertainment in the medium term.

How to start esports?

Being a sector in professional development, we can find several companies willing to offer that boost. Also, in some countries it has been adopted as a form of study in universities. Always, trying to have the legal advice required so that you can promote in the field.

How lucrative could an esports pro be?

Performing as a professional in video games is quite arduous. Many professionals in this sport usually train between 8 to 10 hours per day. In short, they prepare like any athlete. Like all hard work, you get a good and very lucrative reward. Yes that’s how it is. Hard work and dedication has its benefits.

A total net income of 940 million dollars is recorded for the year 2020 and, according to established projections, it is estimated that for about 8 years, revenues exceed 4 billion dollars. Now, you may be wondering how much do they earn? Depending on the country, the monthly salary can range from 300 to 1000 dollars. Despite this, there are no tabulators to govern these figures exactly. Although, if you participate in an international tournament, the income is totally different. One of the most recognized gamers, Bugha, won the amount of 3 million dollars in 2019 for being the winner of the Fornite World Cup Finals tournament. So, you can think about it.

What are the games that generate the most income?

As in traditional sports, e-sports are made up of different games where some are more attractive than others. They tend to have a greater number of followers and consequently, popularity. This results in a significant difference in income, since, for its participants and winners, the prizes are much better than in other disciplines. Among the best paid games in the world of video games we have:

Call of Duty: The popularity of this game has grown exponentially due to the fact that it can be played on various platforms such as consoles, computers and mobile phones. It offers a total of 28 million dollars in prizes.

fortnite: almost as popular as Call of Duty, having a total of 26 million dollars to offer its participants.

DOTA: maintaining the game mode of the aforementioned, we come across a quite significant difference. It is estimated that approximately 13 million dollars are distributed among its participants.

CS:GO: the last with double figure between prizes. His current prize pool is $10 million.

Despite the aforementioned, others such as HALO, PUBG, LEAGUE OF LEGENDS, SUPER SMASH BRO and even CHESS24 also stand out; the latter with a prize figure that does not exceed one million dollars.

Are there e-sports teams? Do you offer advertising?

The answer is more than obvious, yes. There are teams and sponsors that allow it to be more attractive and lucrative. Some of the best known that we can find are:

TEAM SOLOMID or as it is often known, TSM, represents one of the most popular teams in esports. It is estimated that his earnings within the guild are above 550 million dollars. They have professional players in SUPER SMASH BRO, LEAGUE OF LEGENDS, FORNITE, DOTA 2 just to name a few.

See also  Thor 5: Will there be a Marvel sequel after Love and Thunder?

It is listed as one of the most stable teams in the league and the one with the highest value worldwide as a company. Its players specialize in games like CS:GO, LEAGUE OF LEGENDS, and OVERWATCH. Despite this, they tend to participate in others like ROCKET LEAGUE or HEARTHSTONE. In 2018, they had revenues of up to 900 million dollars and, it is the company with the highest value in the market with about 310 million dollars.

This team is known for having the highest participation in esports. It is estimated that they have participated in more than 60 tournaments worldwide, their strong point being DOTA 2, where they have managed to earn up to 23 million dollars.

One of the professional level organizations in electronic video games with the largest number of followers on networks. Known for being the first team in the world to win the Global Offensive MAJOR, a feat that they would repeat at the PGL Major Antwerp 2022.

They are known for being specialized in CALL OF DUTY, FORNITE, HALO INFINITE, but their greatest participation is given in COUNTER STRIKE: GLOBAL OFFENSIVE and even FIFA; standing out to a greater extent and gaining the worldwide recognition they hold.

Within the esports industry, there are many more teams in development. FOBA, VIRUS PRO, SK TELECOM, G2, TEAM SECRET, among many others.

Is it likely to find bookmakers for e-sports?

Although it sounds unlikely, there are eSports bookmakers out there. You can visit bets-of-the-king.com, where you will find the best bookmakers. They have a variety of reviews so you can bet safely.