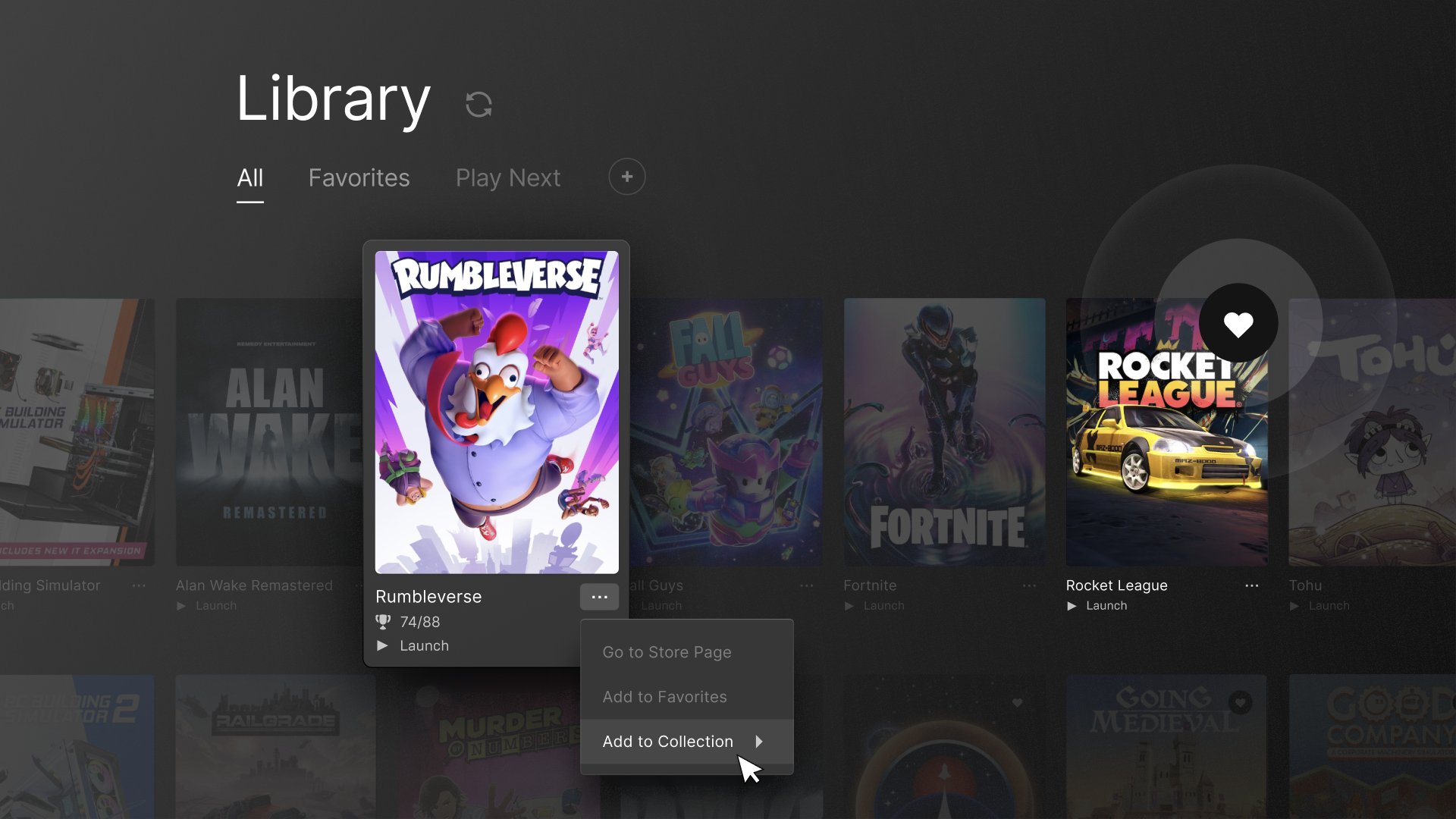 09/27/2022 at 4:21 p.m
from Andrew Link –
The Epic Games Store is finally getting a new feature: players can now sort their titles into libraries. However, only eleven folders can be created; it is therefore better to think carefully about which categories you want beforehand. Why exactly eleven? Probably only the developers at Epic Games know that.

The Epic Games Store is not very popular when it comes to games, which is also due to the features. They come rather slowly for a company of this size and even basic things like a shopping cart seem to be a challenge – that came in December after around four years. You can be all the happier that you can finally sort your games into libraries or folders.

But before you burst into enthusiasm: The maximum number of folders is eleven. You should therefore think carefully beforehand about the categories into which you want to sort your collection. For many players, this will be the “get for free” and “bought with a voucher” category in the Epic Games Store anyway, and the decision to only support eleven folders will be grist to the critics’ mill. Only the development team will know why there are exactly eleven and why not an unlimited number. But there is nothing more than the announcement on Twitter. And below that is a list of features that users want.

What’s unusual is Epic Games’ approach to the store. Convincing players of the EGS would require putting resources into quickly fulfilling often-requested features, but instead they come infrequently and slowly. The performance of the launch is always a point of criticism. It can hardly be due to the resources – be it money or developers. Green numbers are also not expected until 2027. At a certain point, however, it will probably be more worthwhile for Epic Games to put money into further development instead of weekly free games, which were then repeated in the end. Ark, for example, was once available for free, and it was precisely then that the question arose as to whether one was no longer out to sell add-ons.

See also  Crunchyroll Expo 2022: With these tips your first cosplay will be a success