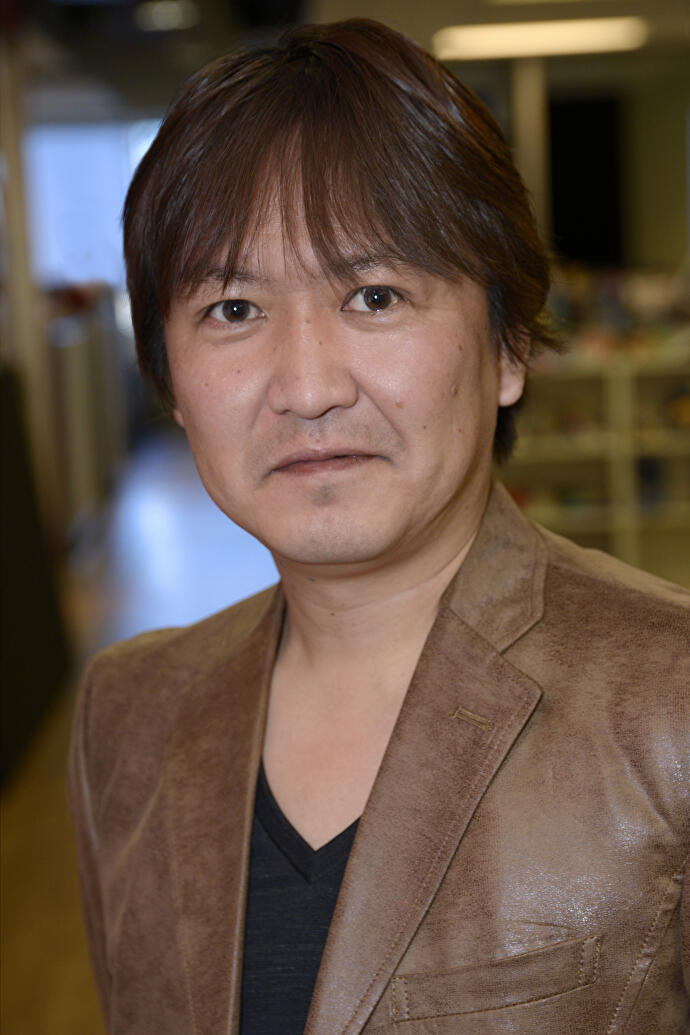 The release of Sonic Frontiers isn’t that far away anymore. The controversial openWorld-Zone game is already out on November 8th. The game is already taking on a concrete shape thanks to the not only rocky, but also cheeky outro “Vandalize” by the band ONE OK ROCK and more and more official insights into the gameplay. Were we wrong when we speculated rather soberly about Sonic in an open world that looked too much like Halo? I’ll admit my opinion of Sonic Frontiers has changed a lot since then. The scenes released so far do not reflect my full experience with the demo. To get a better idea of ​​this unusual game from Sonic, we have no other than Sonic The Hedgehog’s Vice President of Product Development Takashi Iizuka snapped up to talk to him about the franchise’s latest game.

Sonic and the open zone concept

A word that came up a lot in this interview is that open zone concept. This describes an open world that has been adapted to the feel of Sonic for years. In the meantime, you can hardly call it a classic “open world” anymore, because it wouldn’t correspond to the style of the blue hedgehog either. Iizuka explains very well why that is: “Sonic needs to be able to run fast. He can actually do that in a big world, but in past concepts, we never got it right in a free world It’s fun. Combining speed with an open environment seemed impossible, so the game design has often been scrapped.” So the team worked for three whole years on a world that fits Sonic. I think the fears that we have already expressed were also an issue for the developers.

To be honest, it gives me confidence that the people behind Frontiers have been exploring the idea of ​​an open world for so long. Because that’s how I get the feeling that we’re not dealing with a trend decision here. But how did this decision come about in the first place? Why does Sonic suddenly need an open world?

“It all started with 2D side-scrollers. All Sonic games are about ‘high-speed’ linear action. After that, there was the first evolution with Sonic Adventure. That took Sonic into a 3D world, but it stayed the rest linear. We wanted to try something completely new and risky to innovate the gameplay. Something that was impossible before: transfer the high-speed linear concept to an open 3D space,” explains Iizuka enthusiastically.

It seemed impossible to combine speed with an open environment. Because of this, game design has often been discarded.

I get it, because that’s exactly how the world feels in Sonic Frontiers. In the demo there are no countless side quests, no map that you can work through in a petty way and no NPCs that tell me some detail about the world every two meters. Instead, I can run around freely and randomly come across structures or monsters that are completely foreign to me. Sometimes I can fight them, sometimes they take me to whole new heights, to separate islands, or accelerate me so much that I lose my bearings. I’m constantly running over new routes or landing on a new platform. I often don’t really know where to go, but it quickly becomes irrelevant, because it keeps going and it seems as if I intuitively end up where I need to be. Also, there is only one goal: to score points and collect coins.

Because we are on a strange and somewhat surreal island. After getting used to this unusual mix of genres, I wonder how did Sonic get into this mess in the first place? It still feels like the blue hedgehog I’ve known since I was a kid, in a whimsical way, but the mood is a lot darker. I notice that sometimes the shrill colors and an energetic soundtrack are missing.

Iizuka sheds light on the approach to the story: “Previous games have really always been structured the same way. You play, you’re told a story, you play, story and so on. So the storyline is more or less forced on you. With Frontiers, that’s it very different. We want the players to discover the world for themselves. You won’t really know what’s going to happen from the start either. So unless you actively do something to find out the mysteries behind the islands , you could be groping in the dark about the story until the end.”

It’s also fitting that they had to take a whole new approach to the music, as the soundtrack wants to reflect the emotions you’re meant to experience while exploring. Iizuka describes it like this: “The music is much more cinematic than in the previous games. Everything seems dark and mysterious. Sonic’s friends have finally been kidnapped and they all end up on a mysterious island, what is going on? The music is supposed to express nervousness, fear and reflect something mysterious. It’s about the emotions that the person behind the controller is feeling.”

That also agrees with my experience. Arriving on this mysterious island, I have to free Knuckles from a pod. This requires a certain number of points, which I can find in all sorts of places. In the end it doesn’t matter whether I solve puzzles, discover new places or fight island bosses for these points. This reminds me of a good old Sonic competitor: the Italian plumber with the red cap, with the prefix “Super” and the suffix “64”. Only in a dark version. I imagine how the other islands will go and I have to admit that even if every island is exactly like this one, I would still have a lot of fun. I then come across a level that is in a cyberspace is playing and there I find him: The old Sonic, whizzing straight ahead on his linear paths like in an arcade hall and not worrying about an open 3D environment.

“There’s high-speed action, puzzles, collectibles, and all of those things exist in one room at the same time. But you don’t have to do all of them to progress. We don’t want to force players to use one specific thing, we want to offer a lot of different possibilities. To do that It’s also part of ‘cyberspace.’ That’s the zone where you can come in and get that classic, linear Sonic feel that we know a lot of fans still love,” Iizuka tells me. Then I sadly have to realize that there are no old tracks to be heard in cyberspace, which somehow would have made sense. And on top of that Tomoya Ohtani, who has already composed the music for many titles, is also responsible for the soundtrack at Frontiers. The music in cyberspace will still sound like arcade.

And immediately Tony Harnell and Jun Senoue’s “It Doesn’t Matter” pops into my head. Great, you can now get the catchy tune:

But what about all the monsters on the map? The fact that Sonic suddenly gets his own real-time fights is really new. “Sonic used to have the ability to attack with one button because that suited our very fast-paced game design best. The basis has always been to get to the goal as quickly as possible in a linear system. If you were to just hit a boss in the Grabbing it in the middle of that objective would just be a tedious disruption. There are some really hard bosses here and there that can’t be defeated with a few attacks, but they don’t necessarily stand between Sonic and the objective. Bosses like that give Sonic the opportunity to evolve by unlocking new skills,” adds Iizuka. For him, it seems to suit Sonic that he can now let off steam in real-time battles against large cyberpunk machines.

See also  One Piece Odyssey will be released on January 13, 2023

In the end, the boss monsters are not that important. The important thing is that they are interesting enough and add another component to this huge playground. As Iizuka put it, “The focus is an island where there’s a lot to do. When you arrive, the question should be: where do I start?” Sonic Frontiers is designed to let off steam and have fun, never to get bored.

Film also played a major role here. The Sonic franchise is headed straight for the mainstream and SEGA is fueling that with bands like ONE OK ROCK and more movies. The new game concept makes total sense from these aspects. For example, there will be an Action mode and a Speed ​​mode, with the latter aiming to cater to long-time fans who want more challenging Sonic gameplay. Iizuka confirms: “This film has inspired a lot of new enthusiastic people who have never played a Sonic game themselves in their lives. We want to offer these fans a way to enjoy the game. But we also know that the long-standing connoisseurs can handle Sonic very well and want to be challenged.”

I don’t think there’s anything wrong with that. It’s not surprising that Sonic is evolving. The only question is: will he manage to make Frontiers so much fun that you forget the unusual world or, at best, fall in love with it? To my positive surprise, despite my initial skepticism, I can say that I had a lot of fun playing it! I’m really excited for the final game, but not just because Iizuka spoke so energetically about Frontiers – after all, that’s his job. Rather, it was the fluid and fast controls that brought a good flow to the new world, whether it’s puzzles, discovery, or combat. The open zone concept also gave me enough freedom, while still giving me a direction and rewarding my spontaneous and intuitive ideas. I actually felt like I was in a big playground that shows me where the slide or the climbing frame is – but then lets me decide for myself what I feel like doing the most.

Incidentally, no DLCs or other extras are planned at all so far. Also, Takashi Iizuka wants Sonic in the 3D action genre remains, because that is where it shines the most. But I still have a small glimmer of hope for fans of Sonic racing games: “Of course there are other genres that we have explored with Sonic. For example, Team Sonic Racing, which is a racing game that still has a lot of action elements. We would put that in We’d love to explore further in the future. But we don’t rule out other genres that fit this action concept,” explains Iizuka frankly.