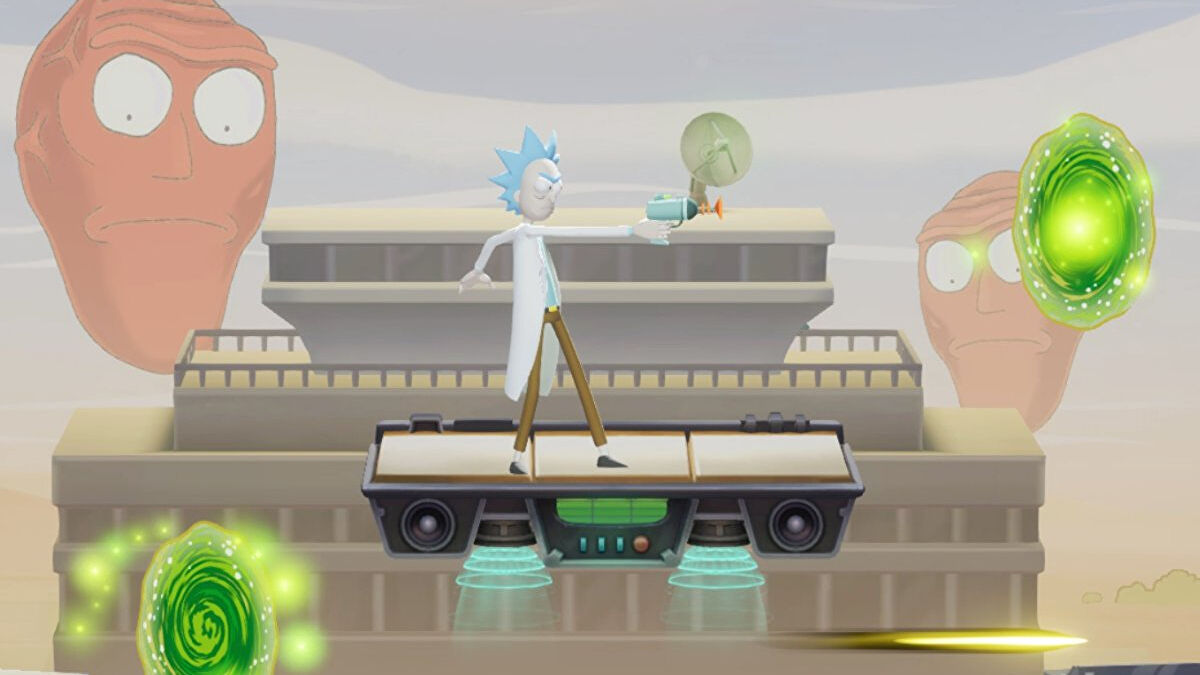 Everyone’s most tolerated science grandpa Rick Sanchez steps into MultiVersus today as the Warner Bros. licensed brawler’s latest fighter, arriving alongside the game’s 1.03 patch. There’s a few notable tweaks to MultiVersus in the patch, including a major change to XP between levels 3 and 15. You’ll need twice as much now. Developers Player First Games have tried to rein in infinite combos, too. You can get a look at Rick by watching the trailer below.

Rick And Morty’s Rick Sanchez is classed as a mage, so you’ll primarily be using him to fight from a distance and confuse your opponents. You shouldn’t have to worry about knockback from firing his blaster though, as today’s patch continues the adjustments the devs have been making to the game’s projectile system and adds a new Light Projectile weapon classification. Light Projectiles, such as Rick’s uncharged blaster and pies chucked by the Never-Ending-Pie-Throwing-Robot assist item, don’t suffer knockback when fired.

Player First have essentially fiddled with MultiVersus’s character mastery system with today’s patch. They’ve doubled the XP needed to go from level 3 to level 15, the level MultiVersus considers a character ‘mastered’, in an effort to increase the time it takes players to plow through mastery tracks. Player response to changes seems to be very negative so far, as you’d expect when the developers have just doubled the amount of grind required for leveling every one of MultiVersus’ character roster. Not a great move for beginners.

The update also introduces a system that’s meant to neutralize infinite combos. Try using the same attack four or more times in a combo, and the system should trigger to decay all your attacks after that. Player First say they’re trying to make combos “more creative” with what they’re calling a “global soft-cap” on infinite combos. The devs are keeping an eye on the changes, and are after some feedback from players. I’m pretty sure they’ll get it.

You can peruse the full patch notes for the 1.03 update here. You should be able to play as Rick from 6pm BST/7pm CEST/10am PST today.

MultiVersus is a free to play download from Steam and the Epic Games Store. You can grab it on the PlayStations and the Xboxes too, if you wish. Ollie’s guide to the best MultiVersus characters for 1v1 and 2v2 is worth keeping an eye on for the latest character tips and tricks.