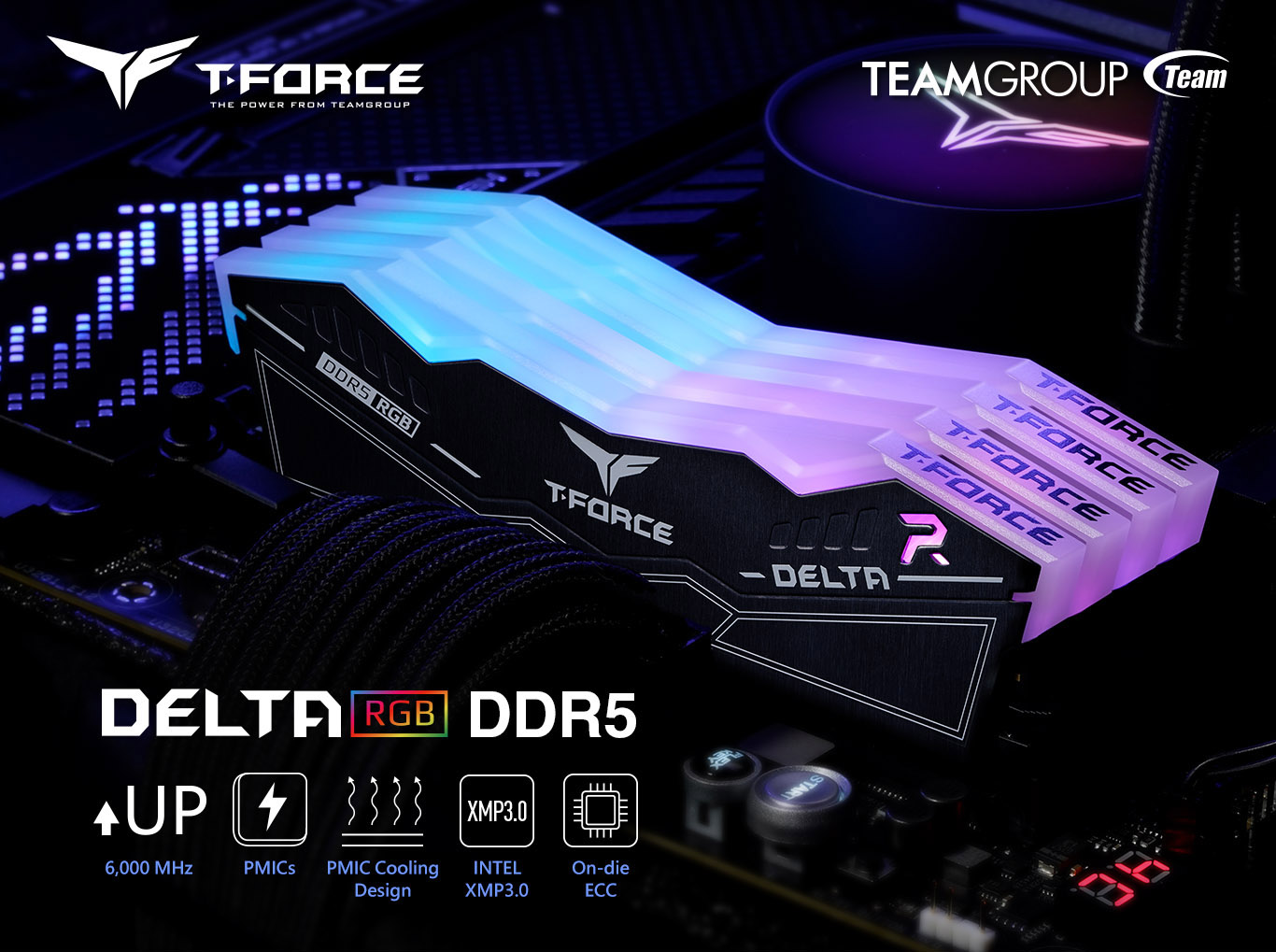 09/27/2022 at 08:22
from Valentin Sattler –
A first DDR5-7200 kit from the T-Force Delta RGB Teamgroup series has appeared at the US dealer Newegg. However, the kit has not yet been officially presented, so some details are still missing.

With the new processors from AMD and Intel, the previously dominant DDR4 RAM is likely to be increasingly replaced: DDR5 main memory should soon become more widespread. At the same time, RAM manufacturers are already working on further accelerating the already faster main memory. While AMD’s Ryzen 7000 processors should ideally be equipped with DDR5-6000, and Intel’s Core 13000 CPUs are said to be specified for DDR5-5600, the company Teamgroup wants to bring DDR5-7200 memory to the market soon.

The announcement of a corresponding kit does not come from Teamgroup itself, but from the US dealer Newegg. A corresponding kit from the “T-Force Delta RGB” series has recently been listed there, whereas the manufacturer’s website the series is only marketed with a maximum of DDR5-6600. The following details about the new DDR5-7200 kit should therefore be taken with a pinch of salt.

According to the corresponding sales page, the Teamgroup T-Force Delta with DDR5-7200 will be sold as a kit with two 16 GiB bars and will cost 350 US dollars. The kit can currently only be pre-ordered, it is not yet available. In addition, details on the timings are missing so far. The product number (FF3D532G7200HC34ADC01) only indicates that the CAS latency will be 34.

In addition to the exact timings, it is also unclear which memory chips Teamgroup will use for the new RAM kit. The Videocardz website suspects the use of the new A chip from SK Hynix here, whereas many previous modules rely on the previous M chip. This should make the slightly higher clock possible: RAM kits with an M chip have allegedly only been sold with a maximum of DDR5-7000 so far.

With the listing on Newegg, it shouldn’t be too long before more information about this kit and other kits with similar specifications appear. Finally, the upcoming releases of the Ryzen 7000 and Core 13000 CPUs offer a good opportunity to present corresponding RAM kits. For gamers, however, this probably only has a small effect: Such high RAM clock rates should probably only bring a significant advantage with the new CPUs in rare cases.