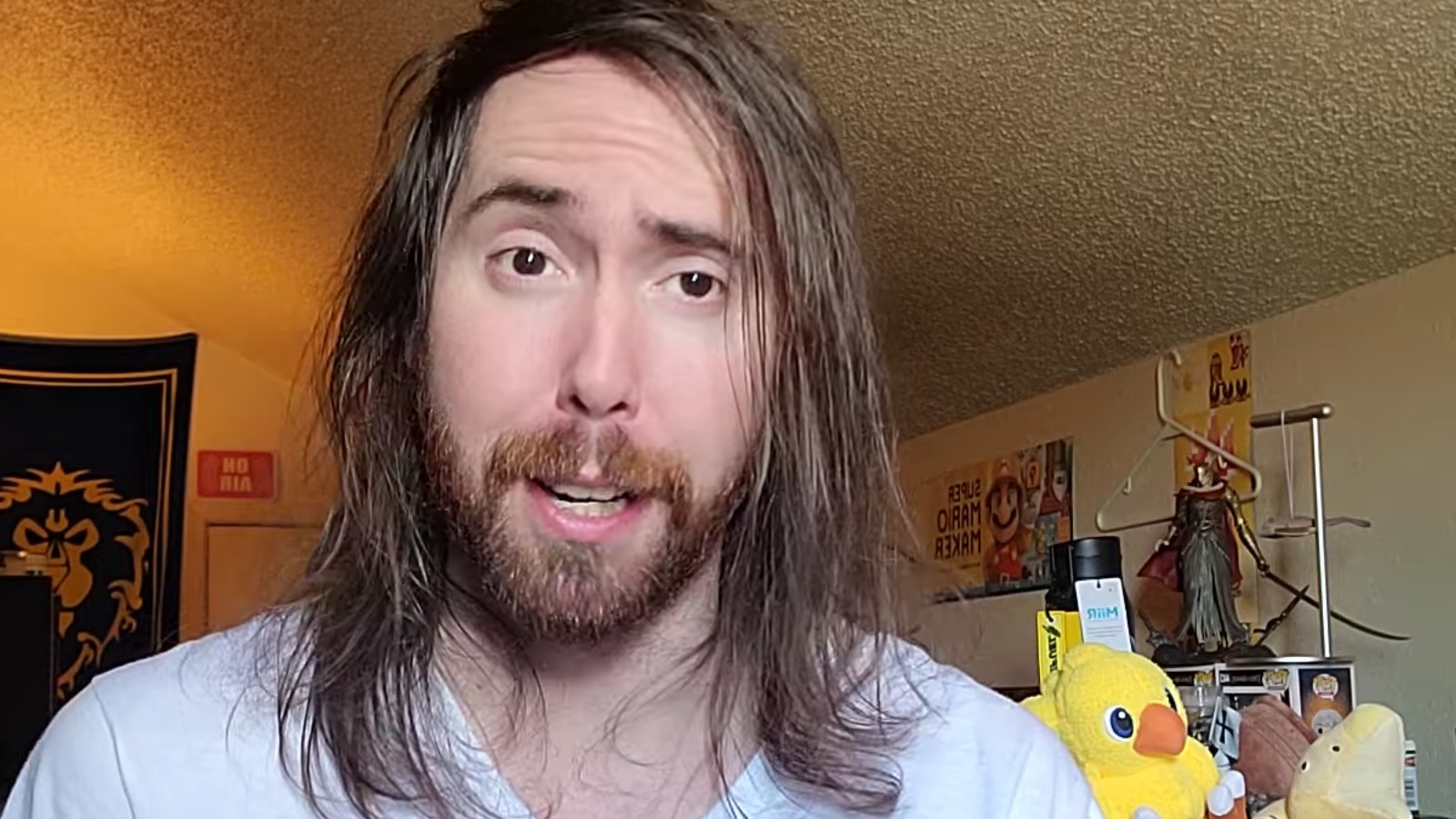 For the release of WotLK Classic, Twitch star Zack aka “Asmongold”, who has only been streaming on his smaller second account since July, wanted to return to his main channel. But that seems to give him a headache. In the stream he even talks about panic attacks.

Who is the person you are talking about? With over 3 million followers, Asmongold runs one of the larger channels on Twitch. Behind it is the Texan streamer Zack. Since mid-July, however, he has only been using his significantly smaller second account “zackrawrr”.

On the second account, Zack “only” has 938,000 followers. However, the number of viewers there is now similar to that of his main channel. Over the past 3 days, it averaged 26,500 viewers, with a peak of over 78,000 concurrent viewers (via sullygnome).

You can see more about Zack and his alter ego Asmongold in the video.

Anxiety attacks about going back to the main account

What’s going on there? In a Sept. 26 stream, Zack discussed a possible return to his main channel.

Zack said he originally planned to make the main channel come back with the release of WoW: Wrath of the Lich King Classic. He even prepared a tweet announcing the return of Asmongold.

On the day of the release, however, he changed his mind and stopped publishing the post. The streamer seems to have some kind of mental block, speaking of a “strange personal thing”. The thing is probably really affecting him and even robbing him of his sleep.

I woke up at 7am and had what I call a panic attack. I freaked out and couldn’t sleep at all.

Finally, Zack just gave up. The streamer ended the topic with a surprise announcement: he’s no longer sure he’ll ever return to his main channel. You can see the whole clip in English original sound here:

Why is this such a big deal for Zack? Deciding on which channel to stream may seem banal to some. Even some fans had little understanding for it. After all, the number of viewers on both accounts is now similarly high, so it hardly makes a difference.

But that’s not how Zack runs the two accounts. Asmongold is a fictional character and at times comes across as a caricature of the “typical” gamer.

For example, Asmongold accepted an award for best MMORPG streamer via video link from his messy room for not wanting to leave the house. However, this is only one character that Zack plays: his so-called streamer persona.

Streamer persona – what is it? The term refers to the personality that a streamer presents when they are on the air live. In principle, this can be anything – from the best version of yourself to a fictitious fictional character.
A famous example Herschel “Guy” Beahm IV and his Persona “Dr Disrespect”. As a Doc, he wears a wig and sunglasses and makes short-tempered and spectacular performances. When he then discard the roleto communicate something, this is a strong signal: plain language is being spoken here.

This is how Zack can maintain some privacy: While Asmongold is very present online, hardly anything is known about the streamer Zack – neither his last name nor his exact year of birth are known – he is said to have been born between 1990 and 1991.

As Zack, he also appears a bit calmer and lets his viewers share in his personal thoughts and opinions.

At least that’s the theory. Not everyone sees a huge difference between the streams on the two channels, and the lines between Zack and his Asmongold persona aren’t always very clear. For him, however, the distinction seems to be very important.

If Zack doesn’t want to return to his main channel, he could also say goodbye to his Asmongold persona.

How did the change come about? The streamer apparently had a really bad day in July 2022, which made him reevaluate his life. Because with Zack as a person, there was probably something wrong.

Twitch star Asmongold showered with bugs in the tub, now he’s turning his life upside down: “I’m a damn animal!”

What do the fans think? Some viewers suspect calculus behind the decision. Because in contrast to the main account, “zackrawrr” is not monetized. This means Twitch spends a lot of money making live video available, but doesn’t make any money from subs or advertising through the channel.

Meanwhile, Zack earns via YouTube with videos and highlight clips from his Twitch streams.

According to Zack’s own account, he cost Twitch the equivalent of almost €165,000 in August alone by streaming from his second account. As discussed on the Asmongold subreddit, he could use that sum as leverage to renegotiate his contract with Twitch (via reddit).

What is your opinion? Can you understand the difference between Zack and Asmongold or is it all one and the same? Do you sense other motives here? Leave us a comment with your opinion.

As the owner of the gaming organization One True King (OTK), Zack – or Asmongold – has completely different concerns. Because OTK co-founder Matthew “Mizkif” Rinaudo is currently involved in a scandal and Zack has to do damage control.