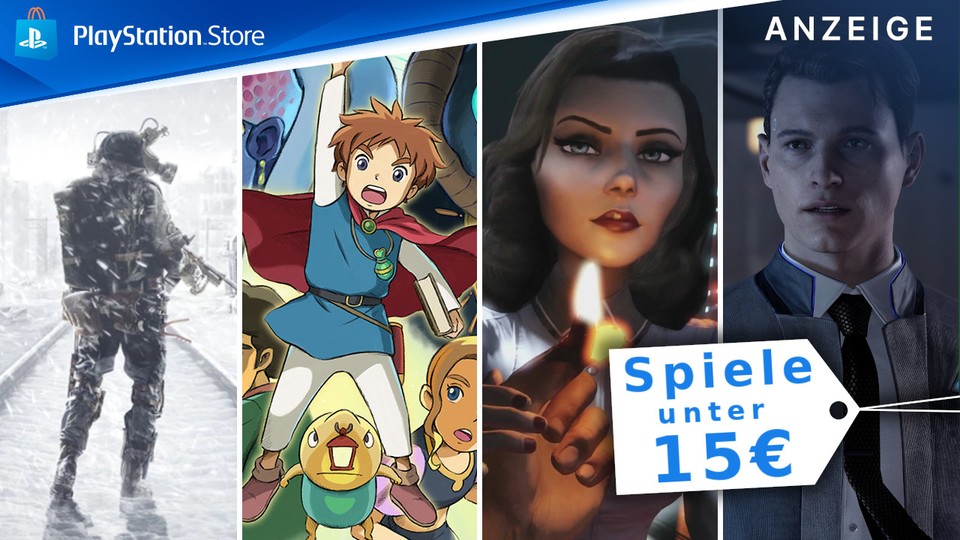 A new PSN sale is running in the PlayStation Store with 749 bargains under €15.

In addition to the PSN Sale called Planet of Discounts, where big AAA titles are cheaper, PlayStation Store launched yet another discount campaign this week, where you can get hundreds of PS4 and PS5 games for less than €15. From a total of 749 offers that are still running until 1 a.m. on October 13, we have selected ten highlights for you in this article. If you want to browse through the long list of all deals yourself, you can find them here:

PS Store Sale: Hundreds of PS4 and PS5 games on sale for under €15

In the first person shooter Metro Exodus we don’t spend as much time in dark metro tunnels as in the predecessors. Instead, we travel across post-apocalyptic Russia by train in search of a not-too-dangerous place to live for our small group. We explore large, varied areas ranging from dense forests to swamp landscapes to barren deserts. With the many traces of previous inhabitants that we come across, Metro Exodus relies on a dense end-time atmosphere, as known from Fallout games. From time to time there is also the typical horror in dark caves and tunnels like in the first two Metro games. 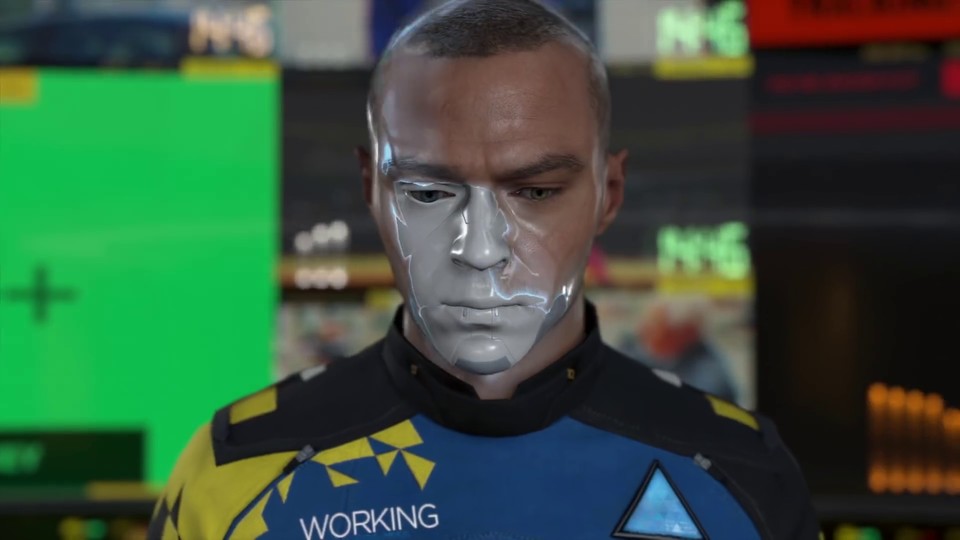 Detroit: Become Human is an adventure in the typical style of Quantic Dream (Heavy Rain, Beyond: Two Souls) that takes us to Detroit in the near future, where humanoid androids play an important role in everyday life. We play three of these androids who develop free will and therefore come into conflict with their programming. We have to make a lot of decisions that affect the plot and the burgeoning conflict between humans and androids. Although the story of Detroit: Become Human often hits with a moral mallet, the detailed, authentic game world and the great staging still ensure a dense atmosphere. 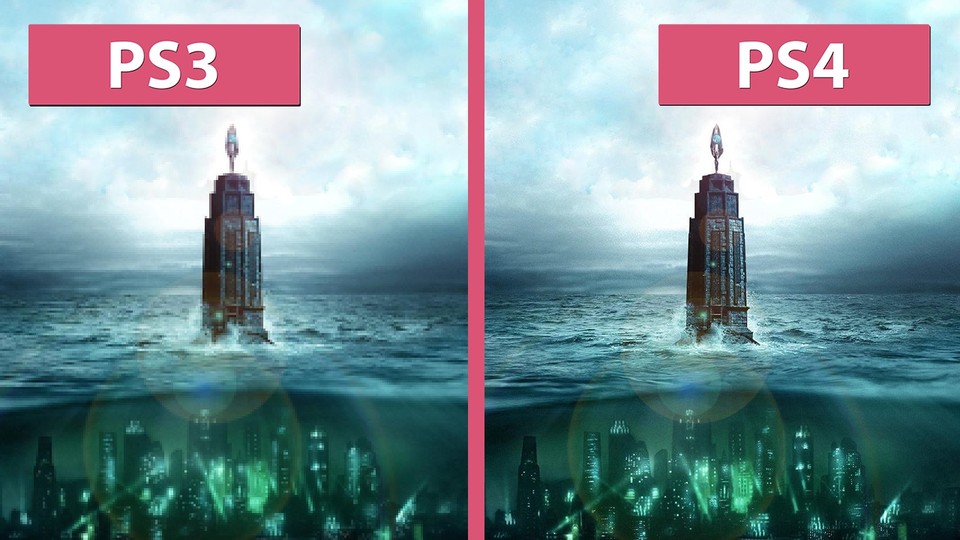 BioShock: The Collection – PS3 Original vs. Remaster in graphics comparison

If you’ve indeed missed the BioShock games so far, now’s your chance to catch up on what you missed out on cheaply. The first-person shooters are characterized above all by the gripping atmosphere and the excellent design of the game worlds. BioShock 1 and 2 take you to the underwater city of Rapture, which was intended to be paradise but has long since turned into a terrifying nightmare. In BioShock Infinite we travel to a city above the clouds that is still intact and beautiful when we arrive, but chaos soon erupts here too. In addition to the technically revamped main games, you also get all the single-player DLCs.

Bioshock: The Collection instead of €49.99 for €9.99 in the PlayStation Store 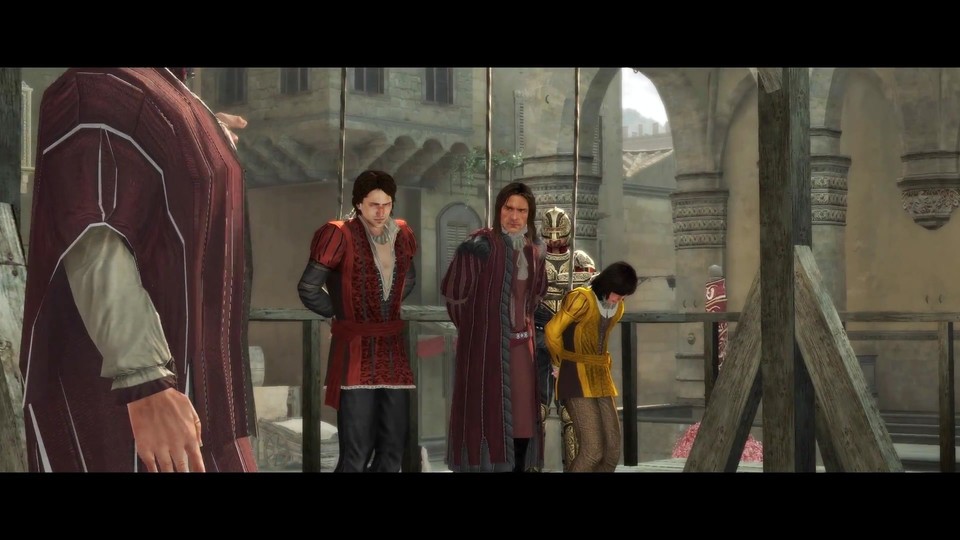 With the Ezio Collection you get three classic Assassin’s Creed games, namely Assassin’s Creed 2, Brotherhood and Revelations, along with all the expansions in one package. With the single player, which takes you to a whole range of different cities such as Florence, Venice, Rome and Constantinople, you should be busy for many dozen hours. However, the Brotherhood and Revelations multiplayer modes are missing from the collection. The technology of the games has been improved and adapted to the possibilities of the PS4, so that you now get a 1080p resolution. In terms of play, of course, nothing has changed: the action-adventures rely heavily on sneaking and climbing, the RPG elements of younger parts don’t exist yet.

Assassin’s Creed: The Ezio Collection instead of €49.99 for €14.99 in the PlayStation Store


Ni no Kuni: The Curse of the White Queen – Top-J-RPG review video

In the role-playing game Ni no Kuni: The Curse of the White Queen we play the young Oliver, who wants to save his mother and travels to a strange fantasy world to mess with an evil wizard and his monsters. Fortunately, over time he develops magical powers himself and can count on the help of his companions, who gradually join him. The battles mix classic JRPG turn-based tactics with real-time elements: we can move freely, but as soon as we choose an action, time freezes. In addition, we also solve puzzles, for which we sometimes have to travel to Oliver’s home world. Ni no Kuni also scores with its pretty anime look and an orchestral soundtrack. 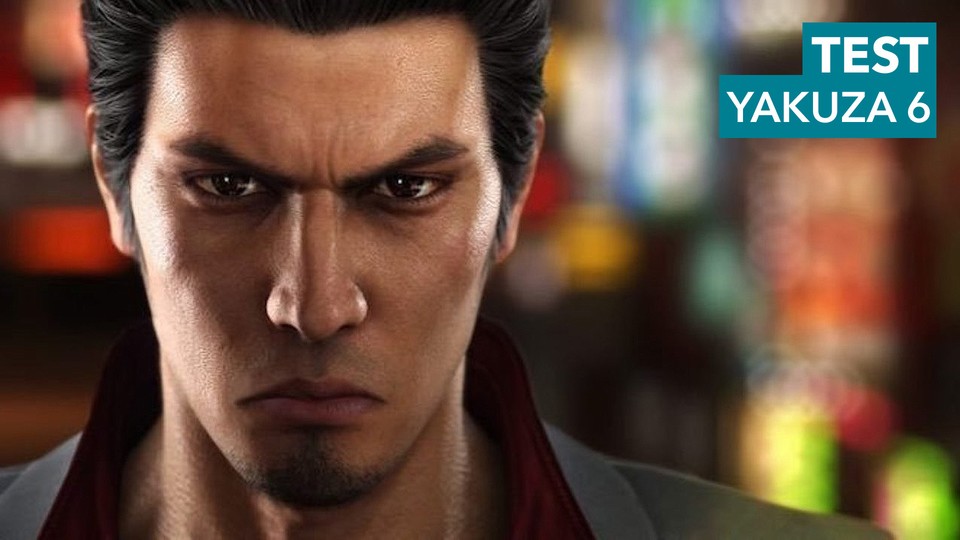 The Yakuza series is often referred to as the Japanese GTA, but there are actually big differences. Firearms play a rather subordinate role in Yakuza, instead the focus here is on exciting close combat with spectacular special attacks. In addition, the game world located in Tokyo is much more compact, but very detailed. On every corner you will find references to Japanese pop culture or one of the many wacky mini-games that provide variety. Like many of its predecessors, Yakuza 6 also offers an exciting and twisting story that, despite the interspersed weird humor, can compete with any gangster drama.

With the Unravel Yarny Bundle you get the two beautiful puzzle platformers Unravel and Unravel Two together for only €5.99. In both games you control the cute little ball of yarn Yarny through pretty landscapes and use his strings to solve puzzles and overcome obstacles. In the second part, however, Yarny is no longer alone, but is accompanied by a second ball of wool figure, which enables new mechanics. In this way, one ball of wool can swing over abysses on the thread of the other. Unravel Two can be played with two people in co-op or alone by switching between the two characters. 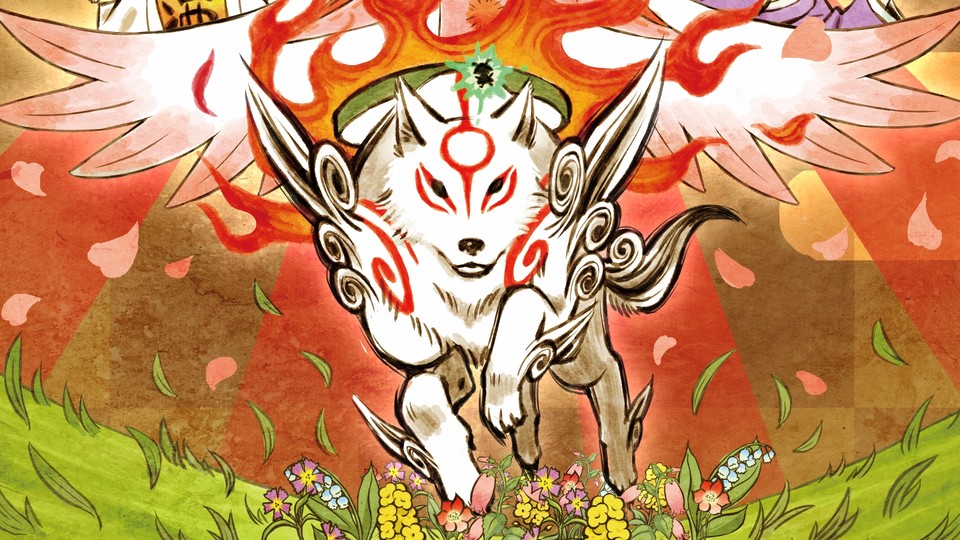 Okami HD is the technically improved remake of a Japanese classic that deserves more attention in the West. In the creative action-adventure we play the goddess descended to earth in the form of a white wolf who wants to protect Japan from the threat of demons. We are assisted by an artist the size of a flea who can manipulate the environment with his magic brush. We not only have to resort to this when solving the puzzles, but also in the numerous fights. Okami HD is not only special because of its unusual gameplay, but also because of its unique look in the style of Japanese woodblock prints. 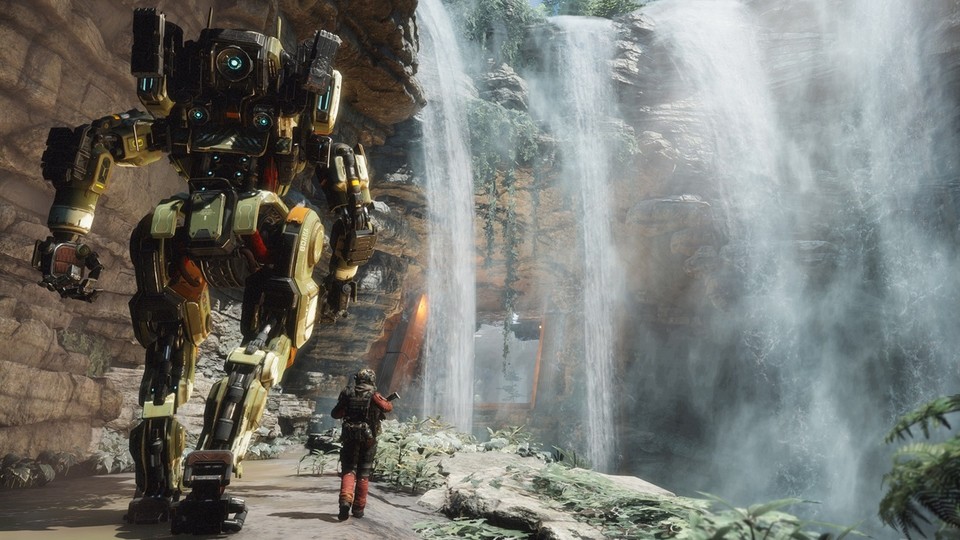 While Titanfall 2 is best known as a multiplayer game, it also has an amazingly well-done and varied solo campaign that alone is more than worth the current price tag. In this one we experience pretty much everything you could hope for in a shooter, from epic battles with huge mechs to quieter passages where we investigate a spooky research laboratory, for example. Titanfall 2 keeps coming up with creative new mechanics that even go as far as time travel. By the way, we play the pilot of a rebel group that competes against an evil industrial conglomerate. The Ultimate Edition offers a whole host of additional in-game content and bonuses.

Titanfall 2 Ultimate Edition instead of €29.99 for €5.99 in the PlayStation Store 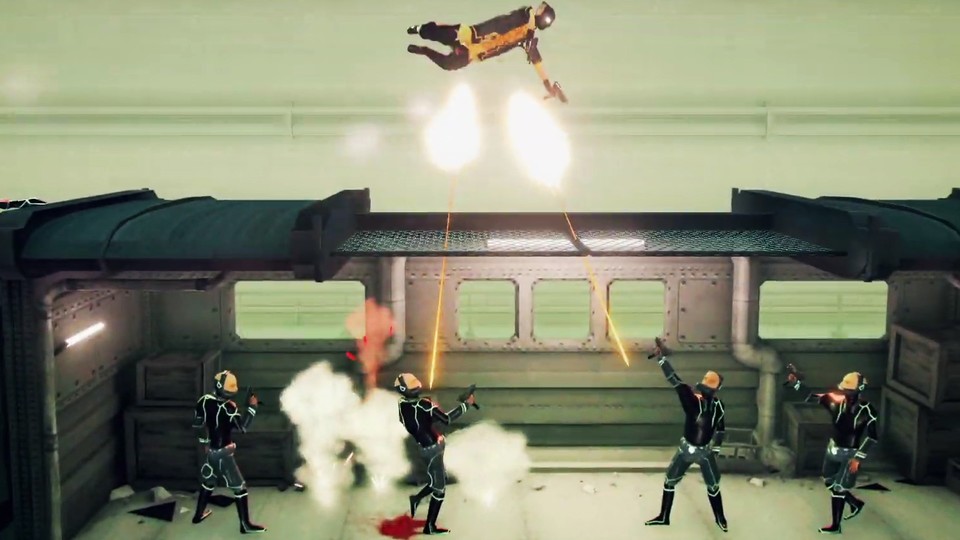 My Friend Pedro is a fast-paced 2.5D shooter in which we’ll follow the instructions of a talking banana. However, the wacky story is rather secondary. The focus is on the gameplay, which is primarily based on coolness: With the help of a slow-motion effect and acrobatic jumps, we eliminate tons of opponents and create cool action scenes, such as those known from well-choreographed films in the style of Matrix. In addition to the stylish staging, there is also a large portion of macabre humor and a lot of gore. For a change in the hail of bullets, there is now and then a chase or one or two small puzzles.